Sexual intercourse is so painful for Wynona, due to her stage four endometriosis, that she can no longer be intimate with her husband of three years. The young couple told Insight how they stay connected while being celibate.

Video above: Insight talks to people who are celibate and finds out how it impacts their lives. Watch it here from September 28 from 8:30pm.

Wynona and Stefan Fenech have been married for three years, together for over five. As a couple, they are very affectionate - they do everything together, except have sex.

However, sex has not always been absent from their relationship.

“We were very sexually active at the start,” said Wynona, 28.

“It really went from hero to zero very quickly, which I think was a hard transition…it didn’t taper down because we’re married now, we’re tired, we have a kid…”

When Wynona was 17, she was diagnosed with endometriosis. She grew up in Cairns, at a time when there wasn’t a lot of available information.

“I think we had two gynaecologists that you could see publicly at that stage,” she told Insight.

They just diagnosed me and were like, ‘maybe check on Google,’ I got no information.” 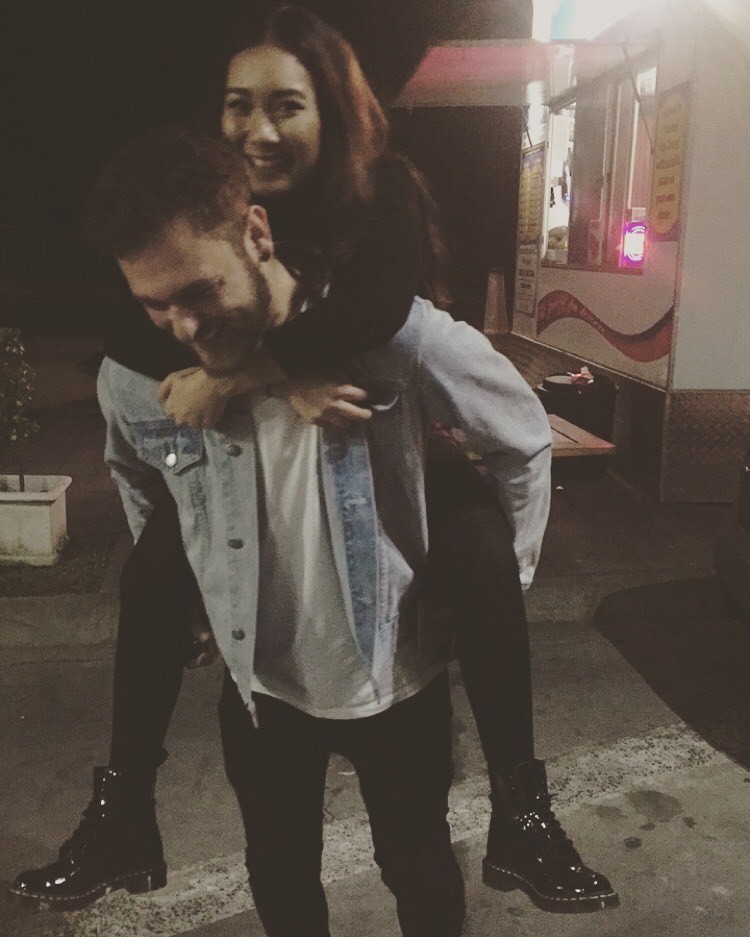 This wasn’t something she reflected on, until years later when she found out she was pregnant against all odds.

Halfway through her pregnancy, she began to experience excruciating pelvic pain during sexual intercourse. As a result, her and Stefan abstained from sex, expecting symptoms to subside following the birth of their daughter.

However, giving birth only exacerbated the pain.

“After I had my daughter, it got to the point where even being aroused after kissing or hugging was actually painful in my pelvic area,” she said.

“We would kiss and instantly it would feel like this burning or cramping, it was just like it was on fire.”

This physical trauma led to mental trauma, which she has now received a diagnosis of post-traumatic stress disorder (PTSD) for.

“It’s really impacted our relationship, if he tries to touch me, not even in a way where he’s trying to instigate sex, I freak out because [subconsciously] I’m like this is going to lead to sex and it’s going to hurt so much.” 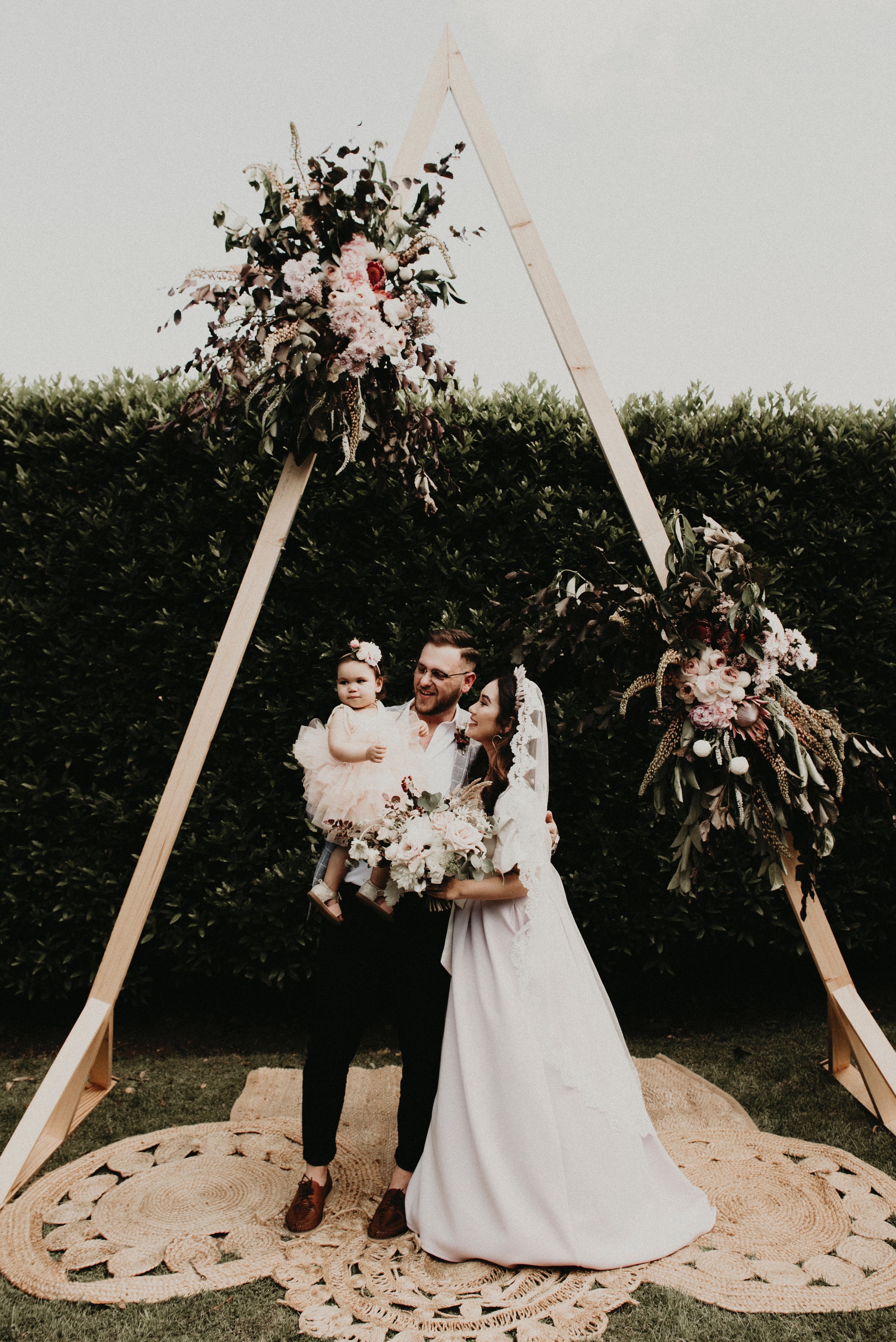 To deal with these feelings, she has learnt to interpret holding hands with her husband as a form of friendly, rather than sexual touch.

“I always keep the word friendly there and so we’ve got to the point where we can do those kinds of things without it leading to arousal for me.”

According to Endometriosis Australia, endometriosis affects one in nine women but it can take six and a half years on average to receive a diagnosis. There are a variety of reasons for this, but common barriers include the need for surgical intervention to be diagnosed, and gender biases which normalise the prevalence of pelvic pain amongst women.

Despite a diagnostic laparoscopy, Wynona was misdiagnosed as having vaginismus for which she underwent vaginal reconstructive plastic surgery before eventually being informed her pain was caused by stage four endometriosis, the most severe kind.

But the pain that Wynona experiences is not limited to when she is being physically affectionate with her husband.
“I couldn’t even watch TV where there would be something sexual going on, because any arousal at all was painful,” she said.

As you are able to build more of an emotional connection, the physical need tailors off or takes a back seat, she does other things that make me love her as a mum, as a wife…Those are the things I care more about.

Obstetrician and gynaecologist, Dr Ujwala Parashar, said these symptoms, although uncommon, are not unheard of in women with endometriosis. Whereas painful sex may occur in about 10-15 per cent of overall cases, pain triggered by arousal can present itself in five-10 per cent of cases.

Even though Wynona and Stefan show their affection in other ways, a marriage without sex is not without its challenges.

“It was a huge part of a relationship initially, it’s the kind of thing that hooks you into someone, that physical connection,” Stefan said.

He said the lack of intimacy affects his self-esteem in ways he cannot rationalise.

“It’s something you get used to if you block all the negative thoughts about how it might be me or something to do with me,” he told Insight.

“Being in lockdown for however many months and putting on 10 kilos, you’re like is it me? Do I look extra chubby today?”

Stefan has come to terms with the situation by recognising the deep value he places on his relationship with Wynona.

“As you are able to build more of an emotional connection, the physical need tailors off or takes a back seat, she does other things that make me love her as a mum, as a wife…Those are the things I care more about.”

With no end in sight and no treatment on the horizon, Stefan has made a commitment to her.

“I’d like to think in five years if it doesn’t work out I’d never say I’m out of here, or I’m off, it is what it is, so if it improves slightly it does, if it doesn’t it doesn’t.”

There is currently no cure for endometriosis, however awareness of the condition is essential to its management and to accessing relevant treatment.