The parents of murdered woman, Hannah Clarke, who was killed along with her three children by her estranged husband, told Insight of their plan to support other at-risk women and children within especially-built gated communities.

Video above: Insight asks: what is coercive control and should it be a crime? Intimate Terrorism, Tuesday, May 11 at 8:30pm on SBS and On Demand.

Warning: some readers may find this article distressing.

Fourteen months after their daughter, Hannah and their three grandchildren, Aaliyah, Laianah and Trey were murdered, Sue and Lloyd Clarke have revealed they plan to set up gated communities to protect victim-survivors of domestic violence.

“Hopefully we can start organising some gated communities… So, once they leave the perpetrators, they've got some sort of protection where it's harder for the perpetrator to get in,” Lloyd Clarke told SBS Insight. “There is already some out there, but [there] just needs so many more, especially [in] the rural areas.”

Hannah Clarke, 31, and her three children aged six, four, and three were murdered on the morning school run in suburban Brisbane in February 2020, by Hannah’s estranged husband.

Since then Ms Clarke’s parents have made it their mission to halt domestic violence, through their foundation Small Steps 4 Hannah. Sue Clarke also volunteers at not-for-profit Beyond DV, supporting victim-survivors.

“I find being with the women who are recovering is very healing for me. I think it is wonderful,” Mrs Clarke said. 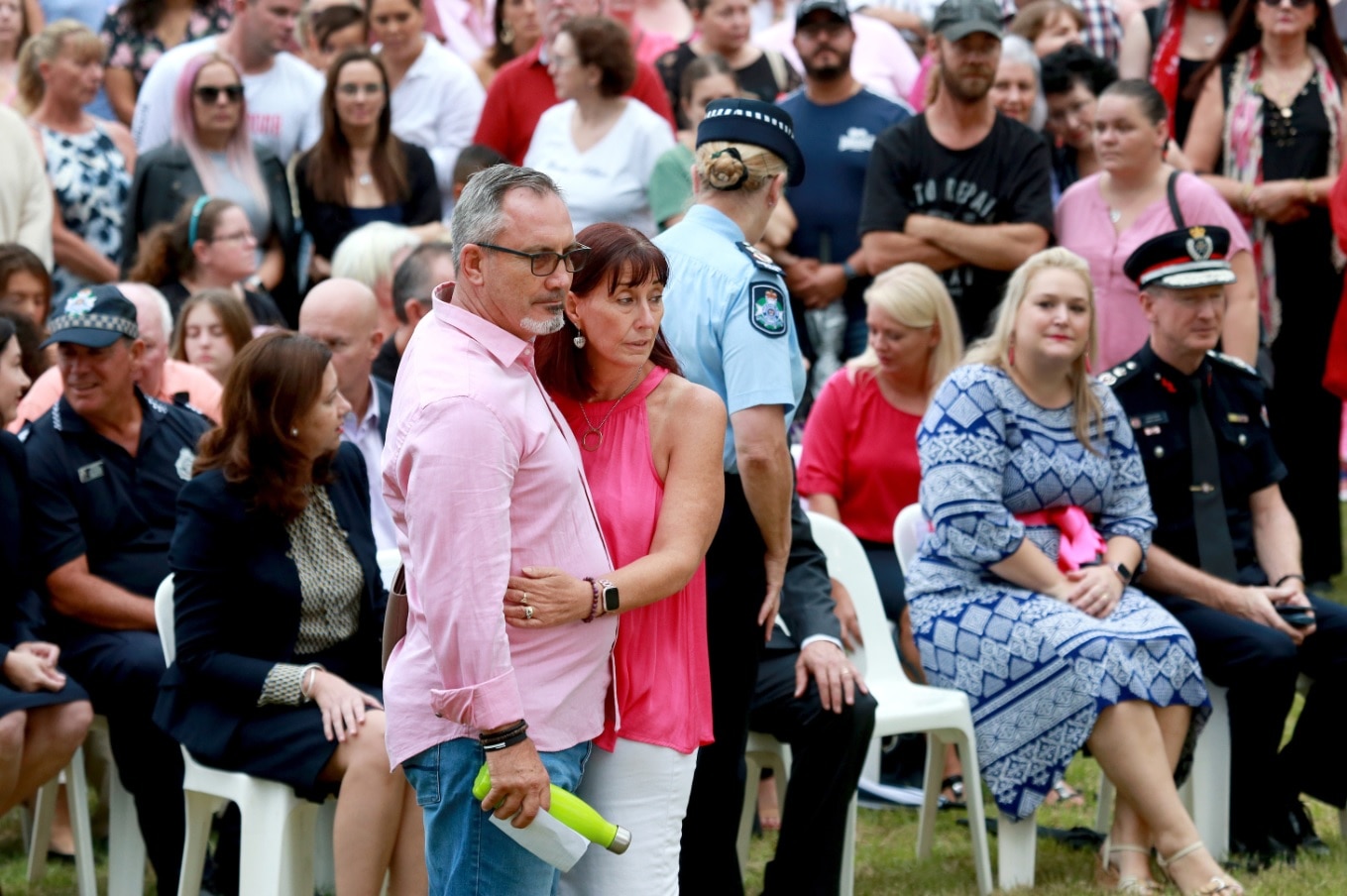 Hannah Clarks parents Lloyd and Suzanne Clark embrace during a vigil for Hannah Clarke and her three children.
AAP

Angie Jordan, 60, met Sue Clarke just months after she had escaped her abusive husband of 40 years.

“I was in a terrible state. I have never met a more compassionate and caring woman as Sue Clarke. She sat holding my hand, while I was crying like a baby, recalling what he did to me,” Ms Jordan said.

Angie Jordan wasn’t allowed to watch TV, read books or listen to music. Her husband also prevented her from having friends or seeing family and he timed how long she spent at the supermarket.

“The totally abnormal became my normal,” Angie Jordan told Insight. “I had to be a certain weight, if he thought I'd put on weight he would weigh me and then tell me he didn't marry me so ‘you could be a fat C like your mother’.”

Ms Jordan says the coercive controlling behaviour began in the first week of the marriage and continued until the day she left her abuser four decades later.

“I would be fearful of pushing him to a point because I knew how he could react; so you don't push to that point,” she explained. 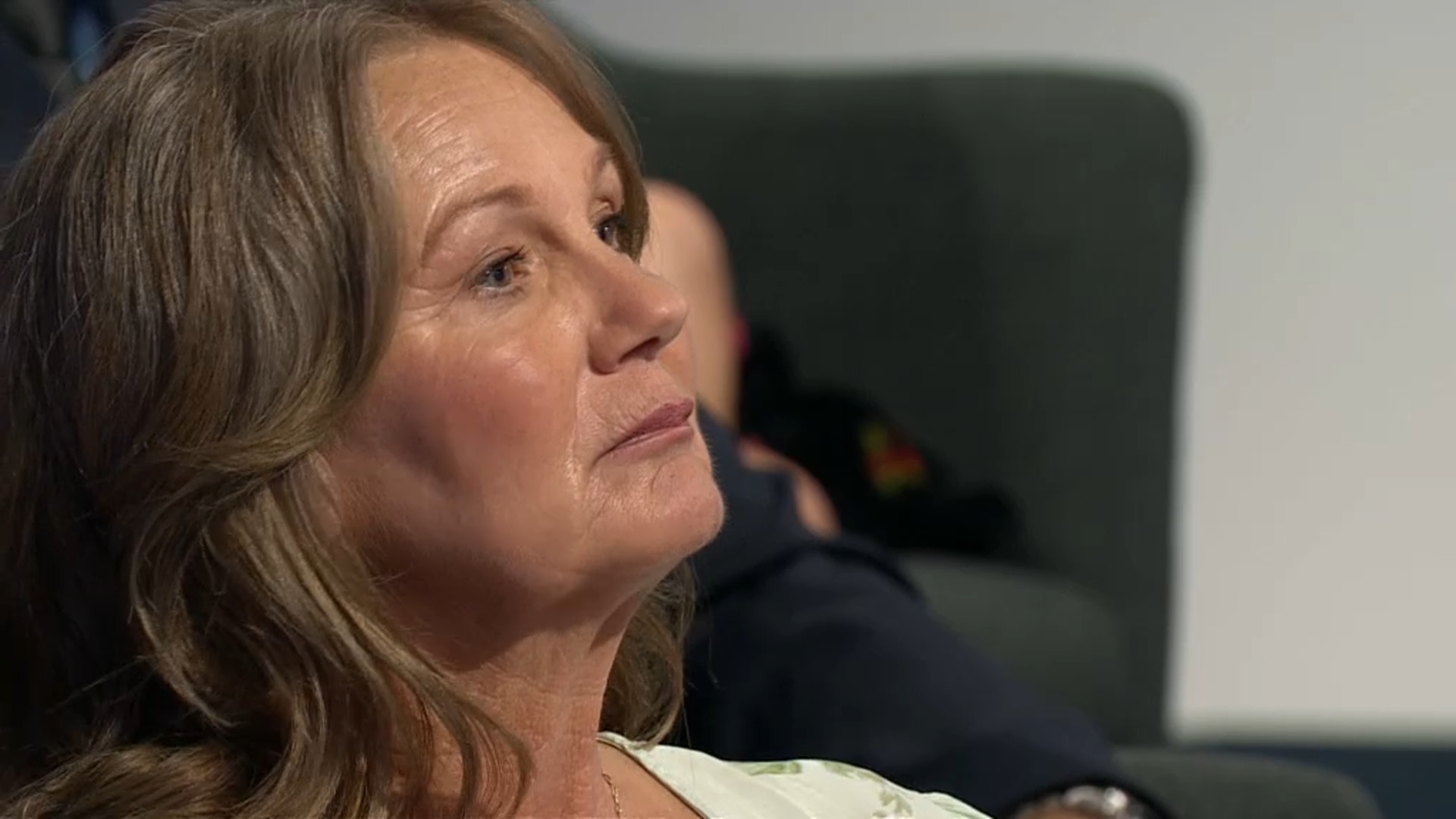 Angie was in an abusive marriage for 40 years and met Sue Clarke when she sought help.
Insight

“The New South Wales death review team undertook an analysis of domestic homicides and saw 99 per cent of (them) involved coercive control,” Ms Donovan said. “Some of the services we support… tell us that people may go through coercive control, for example in Angie's case for 40 years, and then the first physical assault can be murder.”

Since Hannah Clarke and her children were killed, there has been a number of other horrific domestic homicides in Queensland, including those of Doreen Langham and Kelly Wilkinson, both of whom, like Hannah Clarke, had protection orders in place against their respective perpetrators when they were killed.

“Sadly, often the most dangerous places in our communities are within residential suburbs,” Ben Martain told Insight. “There is an extraordinary expectation often on young police who are called… more often than not at the point of crisis to try and resolve these domestic and family violence issues, often where there are years, if not decades, of domestic and family violence abuse.” 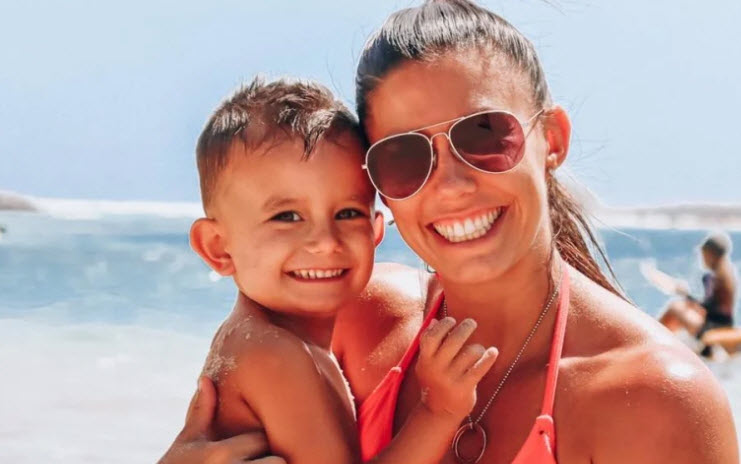 Since Hannah Clarke and her children were killed, there has been a number of other horrific domestic homicides in Queensland alone.
Facebook

A NSW parliamentary inquiry is underway into whether or not coercive control should be criminalised in that state; while the Queensland Premier has set up a taskforce to investigate how to implement specific coercive control laws there.

“Certainly (new laws) can play an important part in educating the community that these kinds of behaviours are not acceptable anytime, anywhere,” Ben Martain said.

“We aren’t going to wait for the legislation, we're in the process now of rolling out coercive control training to frontline police to help them better understand the subtle nature of coercive controlling behaviours.”

Sue and Lloyd Clarke believe if specific coercive control laws had been in place in Queensland, police may have been able to intervene sooner in their daughter’s situation.

“Police could question, 'Is he tracking your phone? Is he controlling what you wear? Is he controlling the finances?’ If we can have a check list and the police can say, ‘Well, yes, I think this is coercive control,' maybe this would just shake them up a bit,” Sue Clarke said.

“Especially after a breach of a DVO,” Lloyd Clarke added. “At the moment a DVO is basically just a piece of paper and these perpetrators aren't adhering to them.”

Angie Jordan also supports criminalising coercive control, saying a law could give women like her a pathway to leave an abusive partner before it’s too late.

“It needs to be criminalised because we may not walk around with bruises and broken bones, but we are utterly broken psychologically. I had known for years that the only way I was going to get out of it was in a body bag.”

Since participating in Insight’s episode, 'Intimate Terrorism' Angie Jordan has been offered work with Queensland Police, to share her story with officers as part of their training in recognising and responding to coercive control.

“If it saves one woman, I will yacker about it all day long,” Angie said.