This week, teenagers open up about life at Holroyd High, a western Sydney school giving kids from all backgrounds a second chance.

Muhannad lost his mother when he was 12 and fled Iraq with his father two years later.

It was October 2012 when they made their way from Malaysia to Indonesia before getting on a boat headed for Australia. "My trip [was] supposed to be at least four days and ended up being eleven days on a boat."

"It was my first time that entering countries and living [in] a few countries illegally and by traffickers and human trafficking," the now 17-year-old recalls.

Their boat was picked up by Australian authorities where he was placed in detention. After nearly four months, Muhannad was released and eventually resettled in Sydney.

But Muhannad is not the only pupil with a refugee story.

Six out of ten students at Holroyd High have a refugee background. Around a third of pupils have been in Australia for less than three years. Many of the pupils have come from war-torn backgrounds and have been through traumatic experiences. Some of the students arrive with no English at all and many are illiterate and appreciate the fresh start this high school gives.

Recent graduate and former vice-captain Bashir Yousufi was left orphaned when his parents were killed by the Taliban.

At 13, he made the journey by himself from Afghanistan to Australia.

"So I thought it's better to leave the country instead of dying."

Bashir arrived on Christmas Island in 2010 and spent three months in detention before being transferred to Melbourne Detention Centre for another six months.

After his release, Bashir spent a year in Brisbane before moving to Holroyd High where he has very fond memories.

"In the whole entire my life I never been to school when I was in Afghanistan and that was because of the security … So when I came to in Holroyd High … I feel really this is my home."

It was 1995 when Dorothy Hoddinott became the principal of Holroyd High. What she saw then was an atmosphere of underachievement.

"It was more like a typical suburban high school, it was not a happy school, it was a school with low achievement, I think, overall, and it was a bit down at the heels and miserable and children in the IEC (Intensive English Centre)  were generally not accepted."

A year later, Dorothy abolished all of the school rules and has overseen two decades of dynamic change.

"We decided that the raft of school rules we had didn't really serve the needs of a school with an emerging complex population …  and we spent a year negotiating with the students and the teachers and the parents about how we would organise the ethos of the school."

"I think as always when you're changing the culture in a school you start with a core of people who want to change and who believe that that change is important. The whole purpose of the school is to ensure that all the students are going to be successful."

According to SBS's analysis of 2011 census figures, Holroyd is a linguistically diverse suburb, with over a dozen unique languages spoken by its residents. This is also reflected in the enrolments at Holroyd High.

It was the Chinese philosopher Confucius who once said: "Education breeds confidence. Confidence breeds hope. Hope breeds peace." It seems many at Holroyd High understand the powerful tool that education can have to help transform their lives.

"In the three years to 2012, an average of 40 per cent of final Year 12 year students took up university offers. More than 20 per cent enrolled in TAFE and private colleges," the report said.

Last year, 54 per cent of year 12 students received first round university offers and there is no shortage of ambition in this next cohort of seniors.

The once troubled high school has achieved remarkable results despite all odds and now serves as a model for low-performing institutions across the country.

Bashir is currently studying accounting while Muhannad dreams of going to university.

"I'm planning for such a really hard course that I want to finish year 12 and then try to get to university for studying double degree of business and law," Muhannad said.

Dorothy was honoured with a Human Rights Medal last year. Having worked with disadvantaged students for most of her career, Dorothy is a great proponent of the opportunities an education can give.

Dorothy wrote in the Parramatta Sun: "I have learnt a lot on my almost 50-year journey in teaching: that birth, social class, wealth, ethnicity and gender should not define or limit your future.

"That all children can learn; that all children regardless of their background and family circumstances, deserve a sound education that respects them and provides them with the firm foundation they need for the rest of their lives as active participants in society." 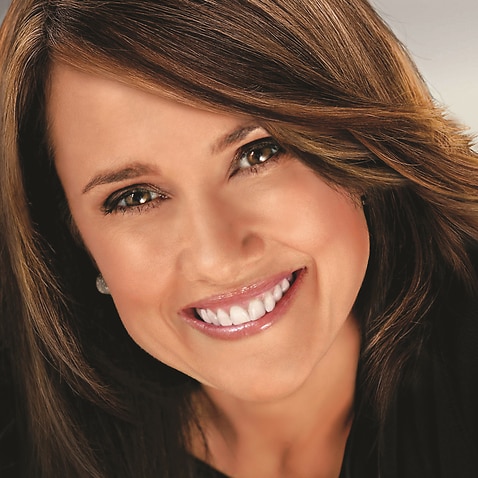 Chris Bath goes back to Holroyd High for SBS Insight

This week, Holroyd High students make their way to the Insight studio to share their stories of resilience. We look at the role this school is playing to help integrate new arrivals to Australia.