These former criminals reveal how they played the system to reduce their sentences - but years on felt true remorse for the crimes they committed.

Preview above: Why does remorse matter in the law, and how do you tell if someone is truly remorseful? Remorse, Tuesday June 18 at 8:30pm on SBS and SBS On Demand.

Remorse matters in the criminal justice system as a mitigating factor in sentencing, meaning an offender who persuades a judge they’re genuinely remorseful can receive a lesser sentence.

But it’s not an exact science.

In 2015, Sonia Scott, now 48, was sentenced to three years’ jail for robbery in which an accomplice was armed. A NSW judge described the attack as “terrifying and brazen,” but found that Scott, who’d pleaded guilty, had shown some remorse for the crime.

Scott, a repeat offender who’s been in and out of jail over the past 20 years for drug, property and fraud-type offences, says her remorse was an act, because her lawyer told her to show it.

“(He said) to ‘bung it on, put on a show for the judge, so you’ll get a lesser sentence.’ So I did… I cried, looked sad, looked remorseful,” Scott tells Insight guest host Janice Petersen.

Scott qualified her demonstrations of remorse in court, saying she felt some remorse for the impact of her crime, but not for her victims.

“I was remorseful for my children that had to go through me being arrested … But, as for them (the victims), I’m not remorseful, they gave as good as they got, it was only I got arrested for it.” 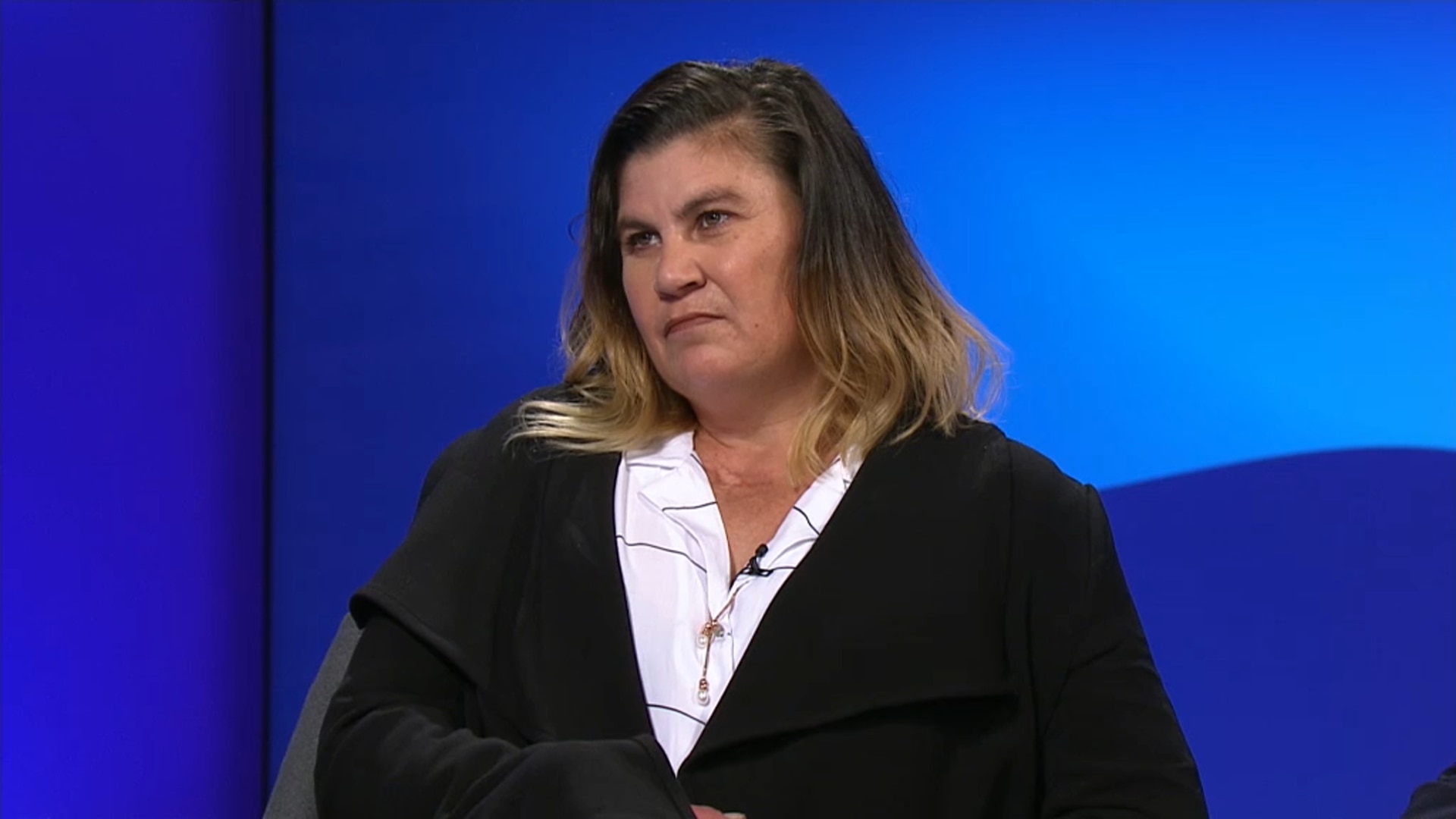 Sonia admits she is trying to break the cycle of reoffending.
Insight

Sonia Scott says she committed the crime because she was trying to help her partner, who the victims owed money to, and that she’s now trying to break the cycle of her reoffending.

Arthur Bolkas, 63, was 21 when he committed five armed robberies and one attempted robbery of TABs in Melbourne during an eight month spree from 1976 to 1977.

In sentencing Bolkas to 11 years’ jail, a Victorian Supreme Court judge took into account that he had some “penitence and resolve to reform.” But Bolkas tells Insight that he also had “played the game” on the advice of his lawyer, in an attempt to get a lesser sentence.

“My barrister said, ‘wear a conservative suit, cut your hair and if you can, shed some tears in the dock,’” Bolkas says.

“I looked at him and I thought ‘those robberies were theatre, and you want me to do it in here?’ You know … this was a court of justice and I found it a little hard to understand.”

His Honour, Justice Lex Lasry of the Supreme Court of Victoria, who prior to becoming a judge was a defence barrister, tells Insight “you can’t say to someone ‘I advise you to be remorseful,’ it’s just meaningless, they either are or they’re not.”

Fellow Victorian judge, Her Honour, Judge Jeanette Morrish of the County Court agrees. “As a judge you’re not really looking for a performance, you’re looking for evidence that will satisfy you to the legal standard required that the person is remorseful.”

“Bunging on the tears on the day of the plea hearing will not necessarily make any difference,” Judge Morrish tells Insight.

“This is not about feelings, it’s not how the judge’s gut feels … It’s about the evidence.”

It wasn’t until more than 15 years after Bolkas was released from jail that he felt true remorse for his victims.

He was due to give a talk to school children when he was told his visit had been cancelled. One of the teachers had threatened to resign if he spoke at the school, because her aunt had been held up by Bolkas, and was still traumatised by the incident.

“It hit me profoundly. It really hit me hard, and I thought, ‘look at that, all these years later, not only her aunt, but someone related to the aunt is affected by my crime,” Bolkas says.

“Remorse is a verb, a doing word… it’s when you begin to take your eyes off yourself and start thinking about the people around you, and you do whatever you can to make it better for them.”