When a police officer informed Carolyn that her daughter had been physically assaulted by her then partner it was, "words no parent wants to hear". Since that day, the family have gone on to use their experience to help others.

Video above: The parents of murdered woman, Hannah Clarke, who was killed along with her three children by her estranged husband, told Insight of their plan to support other at-risk women and children. Watch Insight's ep. on coercive control here.

It was an officer from Morningside police station - they had our daughter with them, she'd been physically assaulted by her then partner. Words no parent ever wants to hear.

My daughter had found herself in an increasingly violent relationship with an older man, whom she’d been introduced to by her first boss, after graduating from university. He was well known in the community for his work with vulnerable children. When she met him, she had felt reassured, given his reputation, that he would be a decent man. To her credit, having left another long-term abusive relationship a few months earlier (one which had been defined by very strong elements of coercive control), she started recognising all too familiar red flags. After three months, she broke off the relationship. We know, however, that the most dangerous time for a woman in an abusive relationship is when she decides to leave - my daughter was no exception. The following weekend, her abuser convinced her to meet with him one last time - resulting in injuries in various locations over her body.

We went to court with her various times over a six-month period. Initially for a domestic violence order (DVO), then to have another condition added. I was overwhelmed by what I saw. So many women of all ages, from all walks of life, and many cultural groups, were waiting to appear before the magistrate. Believe me when I say, domestic violence has no stereotype.

I was so impressed as I watched the workers from a range of domestic violence services support all of these women - most who were there alone. It was this experience that compelled me to explore ways that I could use my expertise to also support these women. 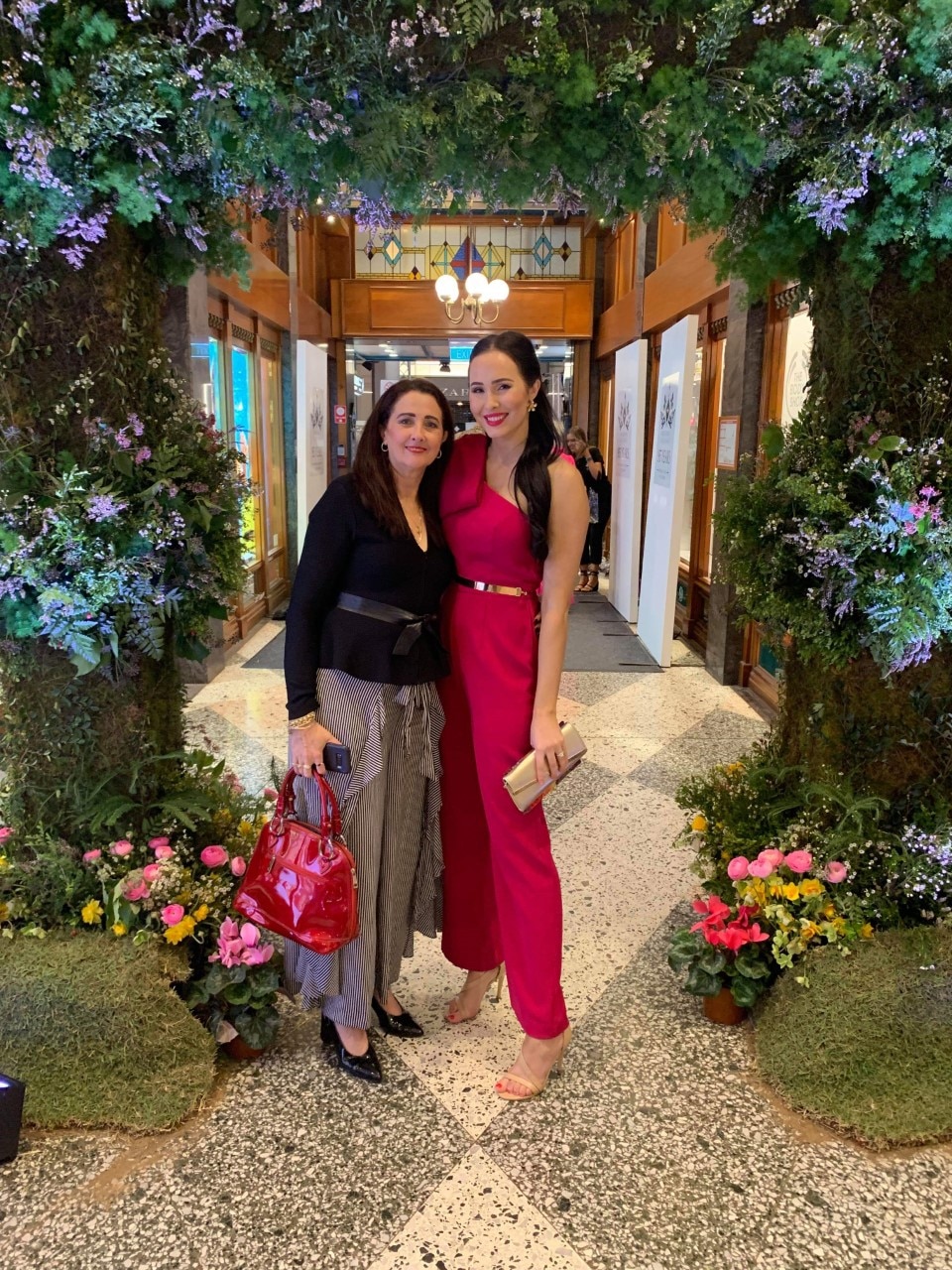 Carolyn pictured with her daughter.
Supplied

In 2018, I founded Beyond DV, a Brisbane-based charity that focuses on supporting women and children as they rebuild their lives after domestic and family violence.

We offer a wide range of innovative recovery programs, as well as other practical support, from our centre in Brisbane’s south. If the needs of our families cannot be met through existing programs, we take great pride in creating our own. We receive no recurrent government funding and rely on generous support from the community.

As an organisation, we want our women and young people to believe in themselves once more and to believe that there is real hope for a future free from violence and full of opportunities.

Partnering with Sue and Lloyd Clarke from Small Steps 4 Hannah, as well as young DV survivors and representatives from other DV organisations, our intention is to host a number of mother and daughter and father/mother and son DV awareness sessions across Brisbane. Hannah Clarke with her children Aaliyah, Laianah and Trey on the first day of school 2020.
Supplied by Sue and Lloyd Clarke

After running a successful pilot program in November 2020, several mothers reported after the event that their daughters had recognised signs of control in their own relationships and had chosen to leave. Other mums said that they had not realised themselves that some of the behaviours discussed during the session were abusive. Knowledge is power.

The charity has also given us a platform to advocate for change, including the identification of repeat DV offenders, the consideration of previous DVO’s at sentencing of offenders and the introduction of coercive control laws.

For almost four years, we had been effectively gagged from identifying our daughter’s abuser publicly, while he continued to pursue new relationships with other kind, compassionate young women, who believed in the persona he displayed to the world. We felt helpless, knowing that they were in danger but being unable to warn them.

Towards the end of 2020, we finally had closure, when our daughter’s abuser was convicted of domestic violence offences against another woman and was sentenced to serve a jail term in the community. Due to his public profile, he was exposed through the media and the mask was finally removed, to reveal the true identity of the person who had traumatised multiple women over so many years.

My husband and I sat silently in the courtroom contemplating our journey - that night I finally slept peacefully.

My daughter, who is now married with a newborn son, said to me on Mother’s Day last year, “I wouldn’t wish what I’d been through on anyone, but God never gives you anything you can’t handle and look at what we’ve been able to create”.

Here's how we should be talking about sex to kids