From financial deceit to the sexual assault of her children and more - this mother experienced tragedy after tragedy. She explains how she moved forward and managed to forgive those who hurt her.

Preview above: Insight asks if it’s still possible to love and forgive when someone close to you has committed a seemingly unforgivable act. Watch on On Demand.

I remember vividly that Wednesday, the 8th of March 1989 when I left Brazil to migrate to Australia. After many tears, best wishes and warm hugs from my family, I boarded the plane to Melbourne with my two sons, aged four and two. I was excited to start a new life with my partner who I had not seen for 18 months and to give the best to my children.

Unfortunately, my excitement did not last long. A few weeks after my arrival, I found out that he had a girlfriend and that she was pregnant. I felt betrayed, lost, and vulnerable. I knew no one and had no support system. What could I do? I asked myself dozens of times.

When I confronted him about his lack of moral support and disrespect, he reacted with physical violence. That was the first time I was hit by a man and I decided that it would also be the last! After hitting me, he removed the home phone from the wall and left. Beaten and fearful, I gathered my strength, grabbed my two boys, and called the police from a public phone. I was taken to a women’s refuge. All this happened within two months of being in Australia.

Through a social worker, I immediately got a welding job as at a brass bed factory. I had never used a welding torch before. Working as a welder was completely out of my comfort zone. I had to penetrate a male dominant environment and work strenuously hard to maintain that position. But I was happy and grateful that I was alive and able to provide for my children. I slowly began to build a new life as a single mother. I rented a house, became proficient at welding, and got on with my life.

Soon after, I met Ralph, a successful lawyer, whom I married and had two beautiful children with. 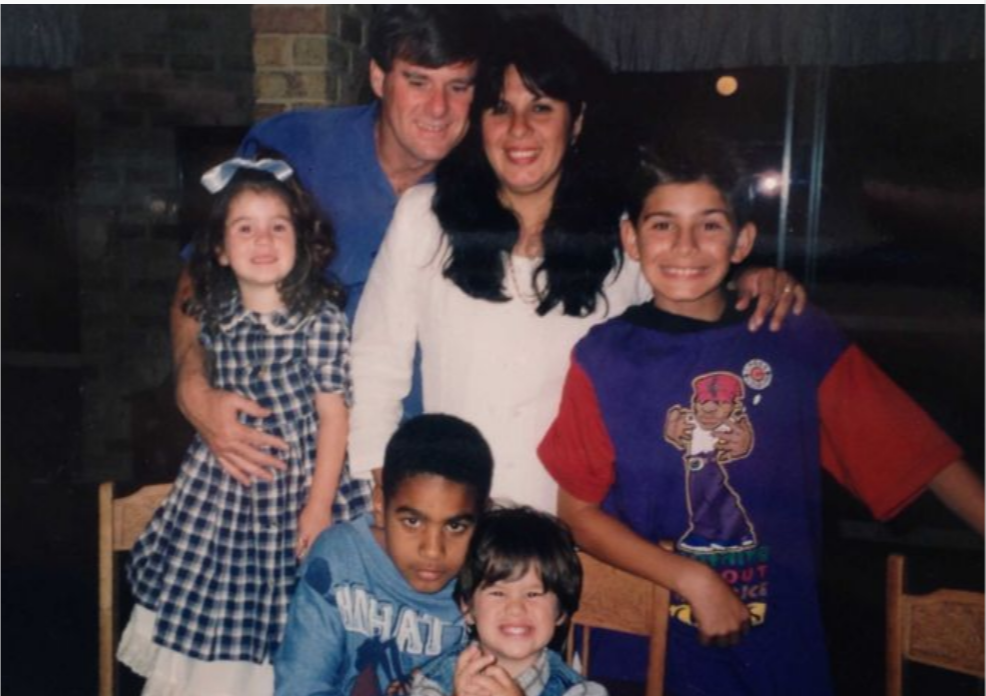 Elizabeth with her late husband and children.
Supplied

I was so happy that I finally had a family of my own. However, unbeknownst to me, Ralph was hiding many dark secrets. Prior to meeting me, he had committed fraud and perjury. After our younger son was born, Ralph was charged and sentenced to four years jail. I was shocked and devastated. Ralph only served 18 months of his sentence and upon his release we resumed our family life. I stood by my marriage vows: “for better and for worse, for richer and for poorer”.

In 2003, I started a reflexology business which aimed to employ people with vision impairment. It was the first business in Australia of its kind, and I was nominated for the 2003 Prime Minister’s Employer of the Year Awards for Recognition of Strong Commitment to Employing People with Disabilities.

I opened a 700sqm Wellness Centre in Perth two years later. My business was booming when tragedy struck. Ralph committed suicide in March 2009. My world turned upside down. He left a half-million-dollar debt, and I lost my business, and all the assets I had worked so hard for during our nearly 20-year marriage.

Seeing my children suffer was unbearable. What held me together was the faith my parents had instilled in me since an early age. I knew I had to be the leader of my pack.

It was the most challenging time of my life, but the beginning of a profound inner journey of re-connection with my soul.

I was coping as well as I could, but then, six months after Ralph’s death, my 16-year-old daughter Raquel revealed she had been sexually abused by my nephew.

This time my heart shattered in tiny fragments. I felt worthless and guilty. My sanity nearly vanished, but I knew I had to focus on Raquel’s wellbeing.

Those were difficult times. Dealing with Raquel’s self-harming, suicide attempts and anger was overwhelming. But love saw us through.

Then in 2013, my older son disclosed that Ralph -his stepfather and my husband - had molested him as a child. I nearly succumbed with this unthinkable act. I believed I should not be alive as I had failed to protect my children. I begged God to take me away.

I spent days screaming alone in my bedroom. I felt like a corpse, in hindsight I wanted to be one. I sank in a deep dark hole. It was the most challenging time of my life, but the beginning of a profound inner journey of re-connection with my soul.

I was able to truly forgive Ralph and my nephew for their unthinkable acts against my children, and to free myself from guilt. Forgiving was not about forgetting the trauma that they inflicted, nor accepting their actions, but about shifting any negative emotion that I had towards them. It was about making more space within myself for love, because love is what I stand for.

I fully understand now the miracle of my breath, the meaning of my purpose. I was once a victim, now I am a powerful survivor!

If you, or someone you know, needs help you can contact 1800 RESPECT, a national sexual assault, domestic and family violence counselling and information service. Their number is  1800 737 732. You can also contact Lifeline on 13 11 14.

Not guilty by reason of mental illness: 'It’s a slap in our faces'

How the Jehovah’s Witnesses 'broke' my family