You may not be able to see Chloe’s medical conditions, but before you judge her she wants you to know they are there, they are real, and she’s not alone.

Preview above: How do you know if you have chronic fatigue syndrome and how do you manage it? Full ep. on SBS On Demand.

Most fifteen-year olds are carefree, active, and happy teenagers, but I wasn’t. Instead I felt exhausted every day, to the point I was almost bedridden, and battled severe joint and abdominal pain - but no one had any idea why.

The pain - in my hips, knees, collarbones and back – was so intense and debilitating that I started missing school and was forced to do a lot of my school work from home.

I’d been to the doctors but I was told my tiredness was normal teenage behaviour and my pains were growing pains. So, I brushed it off and continued my daily life as best as I could.

Months went by and nothing changed. I knew my body and knew that this was abnormal. When the pain was at its worst it didn’t only impact me physically but cognitively - I would struggle to piece sentences together.

I sought answers again from doctors and finally, nine months after I first started getting symptoms, I was diagnosed with glandular fever and iron deficiency. It made sense, it explained the fatigue and I felt relieved and hopeful when my doctor told me I should recover between three to six months. But six months rolled around and I was feeling worse than ever. One year came by and I could barely function. My glands were so inflamed, I had chronic tonsillitis and underwent surgery to remove both the adenoids and tonsils. By this point I was sleeping between 12-16 hours a day and went days without eating because I felt so nauseous. Chloe in hospital after her endometriosis diagnosis.
Supplied

With the support from my Mum, who has battled her own auto immune disease, we started doing our own research in the hope for some other answers. We discovered fibromyalgia and myalgic encephalomyelitis, more commonly known as chronic fatigue syndrome (CFS). While they were certainly not conditions I wanted to have, I seemed to tick all the boxes, and it gave me some clarity.

I went back to the GP and asked her if that’s what I could be suffering from – she shut me down straight away, telling me she didn’t believe in those conditions. I remember feeling utterly defeated. I started doubting myself and began to feel scared that I was going, for lack of a better word, crazy. I was diagnosed with depression and anxiety. I was alive but not actually ‘living’. I saw no light at the end of the tunnel and lost a lot of hope.

Determined to get some answers I changed GP’s and my new doctor referred me to a specialist who diagnosed me with fibromyalgia and CFS – both caused, he said, due to my glandular fever which I had had for so long without getting proper support. Changing GP’s was the first step to proper management, and I was so grateful I did.

Fibromyalgia is a condition that affects bones and muscles. The symptoms are fatigue and widespread joint pain. While there is still uncertainty around what causes it, it's thought that it may be the result of genetics (inherited) and environmental factors, such as exposure to a virus or illness. It’s also believed that physical or emotional stress can trigger the start of fibromyalgia symptoms.

CFS causes extreme fatigue, sleep abnormalities, cognitive dysfunction, many other symptoms made worse by exertion. No one really understands what causes it or how to treat it. Both fibromyalgia and CFS can be managed but not fully cured.

To make matters even worse, not long after getting these diagnoses, I was also diagnosed with endometriosis – a condition where tissue similar to the lining of the uterus is found in places outside the uterus, where it doesn’t belong. It causes extreme pain, pelvic dysfunction and inflammation.

I was getting excruciating pelvic pain and ovarian cysts, causing vomiting, fainting and prolonged bleeding which landed me in the emergency department over 20 times. For a long time, these symptoms were also dismissed, or put down to my fibromyalgia. Finally, laparoscopic surgery and excision was performed. Again I was relieved knowing that I had a diagnosis. That there was a reason.

It was a lot to take in though – three different chronic conditions, none of which had a cure. At times, it was overwhelming. But it was also good to finally have a name to put towards my illnesses; it proved I wasn’t crazy and my symptoms weren’t all in my head. And the diagnoses allowed me to start treating and managing my conditions properly.

I was really lucky to have a supportive school. I was really grateful to have their support in allowing me to come in when I could and study from home when I was too ill to attend classes. I recognise that lot of chronic illness sufferers sadly don’t receive this support. I probably wouldn’t have finished Year 12 without the ongoing care from my teachers, receptionists and amazing school counsellors.

It was actually a lot harder explaining my conditions to my peers. It wasn’t something they’d really had to deal with before. Because no one can see the impacts they have on me - it’s not like I have a cast on my leg - it’s hard for them to understand. They were confused as to why I was in and out of hospital so much and had so many doctors’ appointments. While they tried to help, I found their advice - to do yoga and eat healthier and think positive - insulting. If it was that simple I would have “fixed” myself ages ago. While I don’t think they thought I was totally making up my symptoms I felt they thought I was exaggerating it. Often, I was too sick to be social so after a while 99 per cent of people from school dropped out of my life. 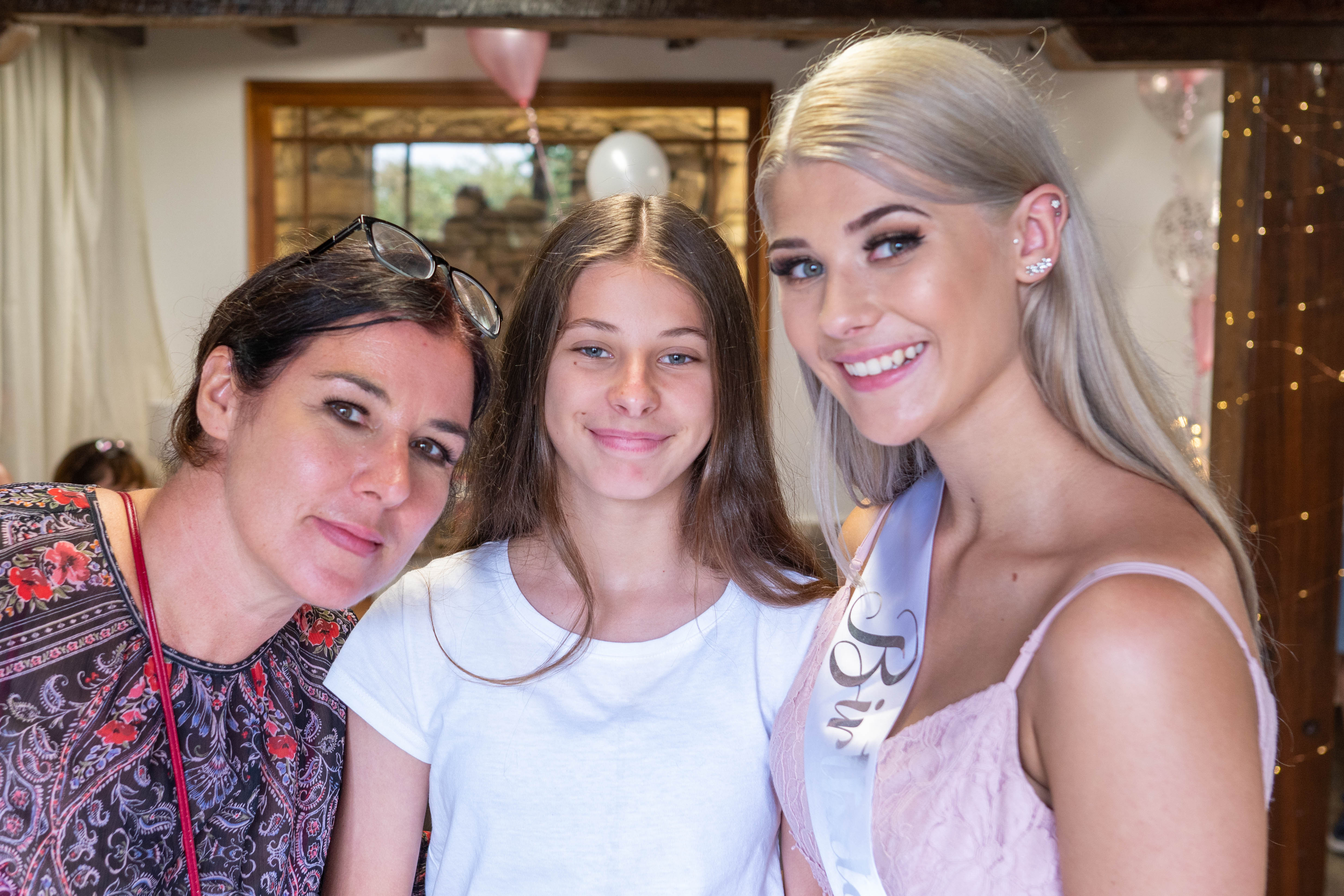 Now that I’ve finished my secondary schooling, I’m working part time in retail and attending university - studying to be a nurse and midwife. My workplace has seen all my doctors’ letters and understands there are some days I’m just too unwell to go in. The university has also been fantastic and put me in touch with their disability support officer who is helping me tailor my schedule and special provisions to my needs.

Some days my conditions are daunting and it can be easy to feel overwhelmed but I’ve got a great support system around me now. I’ve learnt how best to manage my conditions and my treatment now involves seeing a physio, surgery, exercise physiologist, getting acupuncture, massage, frequent GP and specialist visits, psychology and medication. I’ve also been to a pain clinic to help manage my pain from a mental perspective.

I now also know the importance of staying positive. It would be easy some days to stay in bed and cry, to grieve my former self, and some days I do, do that. Although I know it’s okay to cry and grieve, and I know that doesn’t diminish one’s strength, I also know it takes a lot of energy and I could release those emotions more productively. I’m super lucky to have amazing family and friends who continuously show me love and support.

As I continue to manage these illnesses I would like to see an increased awareness of these conditions amongst doctors. From my experience, I don’t think these conditions are something a lot of doctors are broadly educated on, and so it can be hard to find one that understands what you are dealing with.

Specifically, I’d like to see more awareness of chronic conditions in emergency departments. When the pain gets so bad and I haven’t been able to get off the floor for three days I, and others like me, have to go to hospital. The trouble is we’re not presenting with a trauma, there’s no open wound, or broken bone- so some doctors and nurses don’t really know what to do with you. Others are great and know exactly what you need. A chronic pain plan in the emergency department that can be followed by everyone and tailored to each patient would provide greater consistency when treating people like me who come in at their worst, so, so desperate for help.

I wish there was a broader acceptance of chronic illness, just because you can’t see something doesn’t mean it isn’t there.

'I was in denial and ashamed by my CFS'

Endometriosis: what we don’t know is costing us a fortune

‘I'm 26 and I'm considering a hysterectomy’