Couples, along with a therapist, reveal what makes relationships last the distance, even when the odds are stacked against them.

Preview above: Insight talks to couples who have been through some of the toughest challenges a relationship can face. Watch the full ep. here.

Relationships are tough. They often require hard work and a level of commitment from both parties to be together even when it all seems too hard; when it feels easier to just walk away.

Those difficulties can appear when you’re in the early months of the relationship, and the hardest part is figuring out what you have in common and working through the differences as they emerge.

Maybe it’s before marriage, mortgage repayments and children, or before in-laws start to develop too much of an opinion on the whole thing.

But for some couples, those outside forces working against them show up thick and fast. It’s a battle from the beginning to stay together.

Over 40 years ago, Tonina got a call from her workmate, KT, asking what she planned to do with the rest of her life.

“I said, ‘spending it with you, I hope',” Tonina told Kumi Taguchi on Insight.

“Then we did what all lesbians do,” said KT. “We moved in quickly, got a house and a dog.” 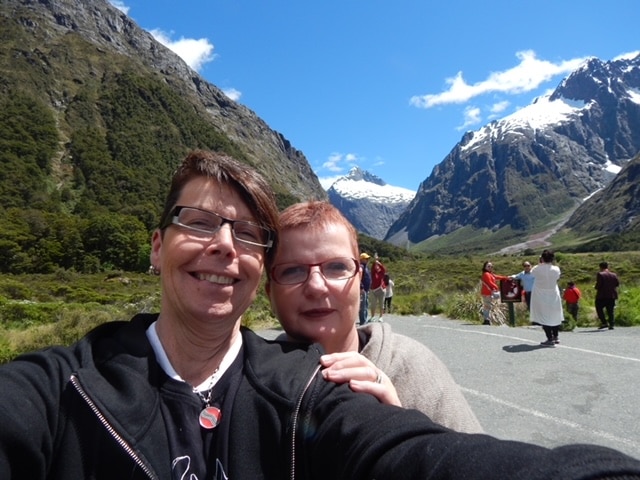 Tonina and KT had their fair share of hurdles to overcome in their relationship.
Insight

But it wasn’t long before KT and Tonina were confronted with disapproval and the consequences of that.

When KT's mother found out about their relationship, they were banned from going to the family home for 15 years, throwing their new lives together into turmoil.

“Friends used to say to me, ‘just don’t see your parents’,” KT said.

“But I don’t know what it was… I couldn’t make the break, I knew I wanted to stay with Tonina, but I couldn’t not see [my parents].”

About two years into their marriage, Anoushka started to seriously question if her husband, Matt, was telling the truth about how much he was drinking.

“He’d say he had a couple of drinks… but the way he was behaving, his words were a bit slurred or his exaggerated behaviours, or the smell of alcohol on his breath,” Anoushka said.

“My gut was telling me he’s drinking a lot more than he’s saying.”

It all eventually came out when Matt got a drink driving offence, and he had to come clean about what was really going on.

When Anoushka’s friends and family found out, they became concerned for her and weighed in on the situation.

“The advice was like, ‘If he’s got a drinking issue it’s going to be a constant problem… you haven’t had kids yet, maybe it’s worth looking at not being together’,” Anoushka said.

Through years of supporting Matt through rehab and relapses, Anoushka said she is still left with a scar from what they went through together.

“There was a lot of mistrust which has taken a long time to get past,” she said.

People who actually do the work and accept that relationships are work, they’re more likely to stay together.

For other couples, problems come up 10 years in, or more. Staying together, or leaving, becomes a tough decision they have to make not only for themselves, but for the whole family.

After about 10 years of blissful marriage and the arrival of their two children, Paul and Tutti hit a bump in the road that would almost break them up.

Paul developed an increasing interest in spirituality which took him away from work and his children, leading the family to go broke twice.

“I remember going hungry so I could feed everybody else,” Tutti recalled.

“I just wished he had an affair with a beautiful blonde or bought a bright red sports car because it’s easier to deal with something that’s... tangible.”

Couples therapist, Jacqueline McDiarmid, told Insight that some of the most common relationship issues she sees are financial hardship, interference from extended family, parenting differences, and communication problems.

So, how have these couples managed to make it work despite it all?

Well, according to Jacqueline, the answer is quite simple - they have been willing to put the work in.

“People who actually do the work and accept that relationships are work, they’re more likely to stay together,” she said.