Refugee Week is held every year to celebrate the positive contributions made by refugees to Australian society. This former refugee reveals how he made it into the Victorian Police a long journey full of uncertainty.

After hours, on weekends - whether at work or on annual leave - when the phone rings and it is a member of the community, Senior Sergeant Hafiz Mayar is compelled to answer. “I can’t say that I'm not at work, I have to give them time and listen to them,” says the 49-year-old father of two.

Coming from war-torn Afghanistan, having lost everything in his homeland and resettling in Australia, Senior Sergeant Mayar has experienced it all. He knows all too well what it is like to live in a new country and not be able to speak the language - something experienced by many in his assigned area of work.

As the Unit Commander of the Multicultural Liaison Unit for Southern Metro Region in Melbourne, Senior Sergeant Mayar is one of the 16 per cent of the total workforce in the Victoria Police who speak a primary language other than English.

He speaks Pashtu and Dari, the main languages of Afghanistan. He also speaks Urdu, Hindi and understands Farsi. Being able to speak more than one language has enabled Senior Sergeant Mayar to understand other cultures and communities better. “I could relate to a lot of communities.” 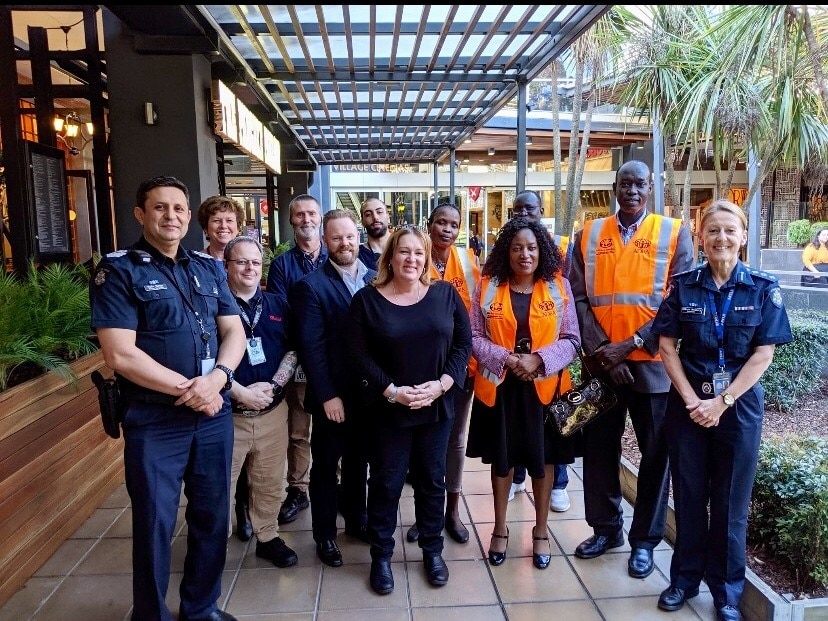 Officers such as Senior Sergeant Mayar play a vital role within the Victorian Police Force to help break down barriers and create positive relationships between diverse communities and police, according to his manager, Inspector Gerard de Vries.

“Establishing strong and positive relationships with the community is important on many levels.” Inspector Gerard de Vries told SBS. “It enhances the community’s confidence to speak to us when they need help. It also encourages reporting of suspicious behaviour which police rely on to solve crime and keep the community safe.” 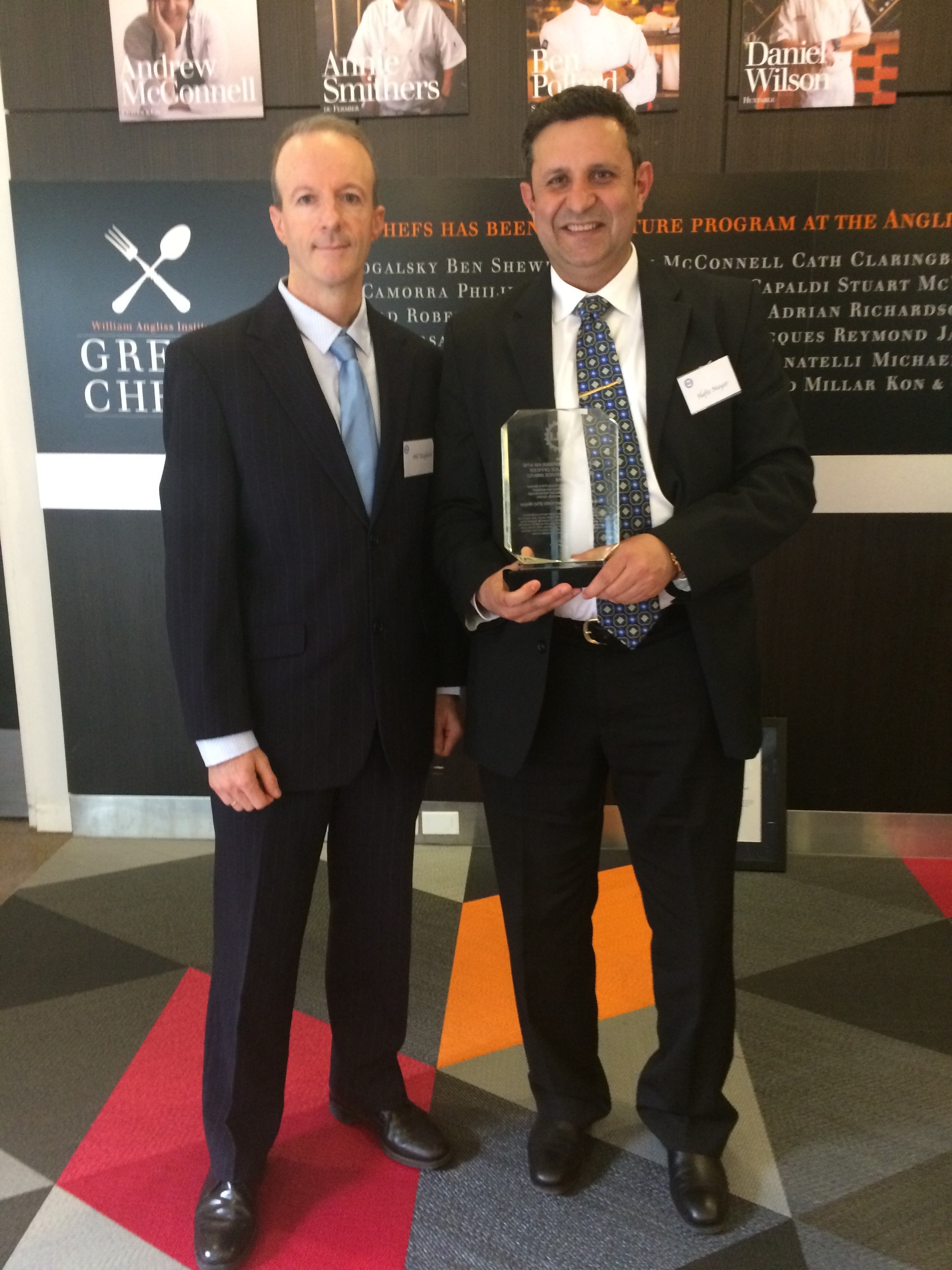 The Southern Metro Region in Victoria includes suburbs such as Dandenong, where it is commonplace for residents to speak languages other than English at home. The most recent census found that 9.9 per cent of residents have Afghan heritage - the most common ancestry in the area - and 9.3 per cent are of Indian heritage. “It is one of the most culturally diverse regions in Victoria,” says Senior Sergeant Mayar.

In speaking with different communities and young people as an essential part of his job, Senior Sergeant Mayar says he shares his personal experience with them as a way of encouraging them to pursue their dreams. “The hill is very steep for us... but you've got to give it 100 per cent,” he tells them. “Do the best and later on it gets easier.”

He says he could have never in his “wildest dreams” imagined he would  be serving in the Victorian Police force, when he first arrived in Australia.

Hafiz first came to Australia in August 1995 as a 24-year-old, along with his parents and four sisters. “The day I arrived, it was such a relief, a feeling that now I belong somewhere.”

After leaving his homeland of Afghanistan, he spent one year in India and two and half years in Pakistan with his family and says he never felt a sense of belonging throughout those years. “That bothered me, I had lost my country and I was in a limbo.”

Senior Sergeant Mayar (second from left) while in Pakistan 1993.
Supplied

Life in Afghanistan, before the war

Hafiz was born in the Helmand Province of Afghanistan, in the southern part of the country, and grew up mainly in the capital city Kabul while his father was moving around the country working in different provinces.

“Kabul was really multicultural... Most of my friends were Hazaras and Hindus,” he says. “There was none of these ethnic issues.” With this he refers to the sectarian violence that has run rife in Afghanistan since the early 1990s.

Second from right the then teenager Senior Sergeant Mayar with his friend at Habibiya High School, 1986.
Supplied

After graduating from high school, Hafiz had to complete three and half years military service - during that time, it was compulsory for all males aged between 15 to 55 to complete a minimum of three years in the Afghanistan army.

It was his aim to enrol in university when he had completed his service - but that came in 1992, and civil war erupted, leaving him unable to pursue that dream. This conflict - a decade before the US-led invasion - began with in-fighting between anti-communist mujahideen rebels, who had been fighting the Soviet Union since their invasion of Afghanistan in 1979, and led to full scale war. With different ethnicities and hailing from different tribes the mujahideen were unable to agree on who should govern Afghanistan, once they took control of the capital city Kabul.

“There were thousands of bombing and rockets in the city,” reflects Hafiz. “So I left for India with one of my sisters.”

After a year in India, Hafiz joined his family in Pakistan. Like many other Afghans fleeing the war, Hafiz’s family had left their home and all their belongings behind to save their own lives. “My family left by road because the airport was closed due to the war.”

Initially, his family hoped the war would end, and they could return to Afghanistan, but that wish never became a reality. Peace did not return: the civil war continued until Kabul finally fell to the Taliban in 1996. They were toppled by the United States and Allied invasion after the September 11 terrorist attacks in 2001.

“We couldn’t live a life in uncertainty for too long,” Hafiz says. “My dad was concerned that we would all miss out on education.”

So, the family was finally able to resettle in Australia under a humanitarian program.

After arriving in Australia in his early twenties, Hafiz first tried to join the Australian Army. He found the phone number for The Royal Military College at Duntroon in the White Pages and rang them. He was informed though at the time that this wasn’t a possibility. “So then I went and studied at university.”

The family resettled in Canberra where Hafiz completed a TAFE course, then enrolled at the Australian National University, completing an arts degree majoring in sociology and population studies, supporting himself all the while through jobs in hospitality.

But there was something else that was attracting his attention. “I was interested in joining the police,” he explains. “My way of giving back to the society was to serve in the military. Because the military didn't happen then the police force was my next option.” 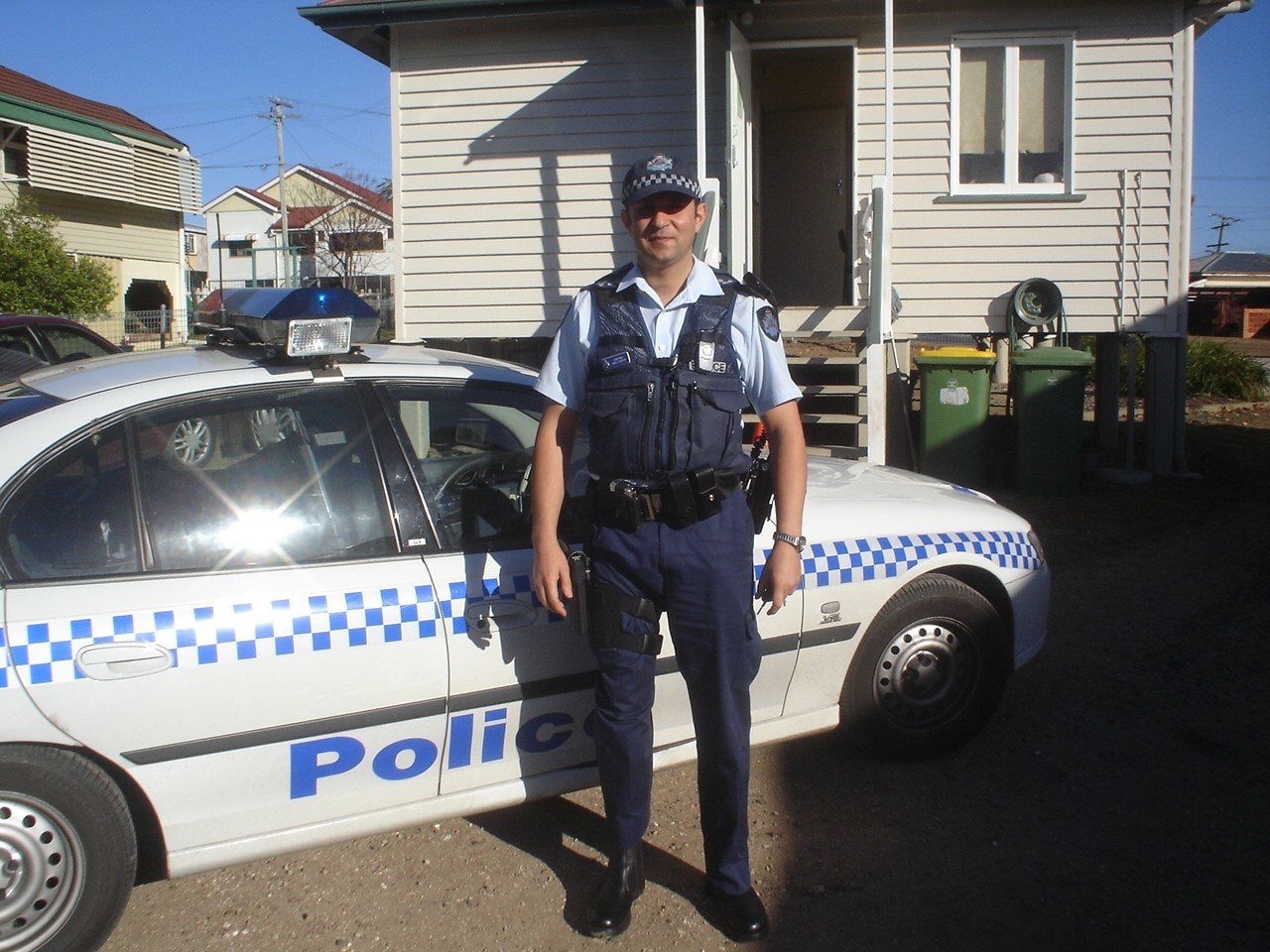 In 2003 he joined the Queensland Police, moving north because of a long wait list in Victoria. It was a process not without its challenges: he initially had to persuade his parents who were concerned for Hafiz’s safety. “They said ‘we came from a war-torn country then you're going to join the police force and put your life in danger,’” Hafiz explains. “Then I had to explain to them that the police force is quite safe in Australia.”

He also had to learn to swim: one of the requirements for joining the Queensland Police. “Back then it was not only that basic swimming to learn but for Queensland police it was a bronze medallion [level proficiency] ,” Hafiz says. “I had to get a swimming instructor and probably swallowed about 200 litres of chlorine and water.” At this point he was in his early 30s.

By that stage Senior Sergeant Mayar was already married to his wife Stella, who he met at university in Canberra. When Hafiz initially told Croatian-born Stella that he planned to join the police force she was hesitant, and worried about his safety. “You fear the worst,” she says. “But I think now he is where he is supposed to be, it suits his personality, he is very committed.”

The pair were married 22 years ago and have two boys aged, 10 and seven.

After serving in Ipswich for three and a half years Senior Sergeant Mayar moved back to Melbourne. Where he is based currently. He now works with culturally and linguistically diverse communities as well as Indigenous communities to maintain social cohesion and also empower some of the youths. He is on the roster for operational duties as well. “Every now and then I am in charge of the operational unit.”

Over all he has been in the police force for the past 17 years.

“I'm thankful to the people of Australia and to the country, they accepted us.”