For women in jail in NSW, a new program will allow people to buy books to donate directly to prison libraries. This former prisoner details just what that will do for women inside.

Ally Colquitt, 37, was jailed in 2015 for supplying drugs. While in prison she remembers books to have been her “lifeline." Good books were hard to come by and they provided a comforting escape from the realities of a prison environment.

“I can’t put into words how important the books are…I know it sounds cliché but [inmates] are like a captive audience,” Colquitt told Insight.

“At that time they’ve got nowhere else to go, they’re bored to tears and it’s a perfect opportunity to have women engaging in content and stimulus that could be life-changing for them.”

A book left behind in her cell at Silverwater Jail changed Colquitt’s life. It was the first time she had access to a private cell and felt like she could finally let her guard down.

“The TV was broken, I didn’t have a pen or paper, I had nothing, I didn’t even have a pillow,” she said.

“All that was there were a couple of books and one of them was Oscar Wilde’s The Ballad of Reading Gaol, [a poem] about his experience in prison.”

Ally Colquitt pictured during her drug addiction years and time in prison.
Supplied

That book had a profound impact on Colquitt, because it was the first time she saw herself through someone else’s eyes.

“The way he articulated prisoners and redemption and the jail experience…I realised that this doesn’t have to be the end of my life,” she explained.

“Up until I read that, I felt like it was the end of the road for me.”

Before entering prison, Colquitt was deep in the grips of drug addiction. She was also living with severe undiagnosed mental health issues and trauma.

Research from Melbourne University also shows that women in prison often come from disadvantaged backgrounds and have been subject to poverty, domestic violence and/or childhood trauma.

For women in jail in NSW, ‘Freadom Inside’ is a new initiative, started this month, that allows people to buy books to donate directly to prison libraries.

Criminologist and speech pathologist, Rosalie Martin, believes books have the potential to help with rehabilitation as well as to foster empathy. Even though so many incarcerated women have been victims themselves, Martin stressed the importance of developing empathy to process pain.

Martin, who was awarded the 2017 Tasmanian Australian of the Year for her work teaching literacy and communication to prisoners, believes the new initiative will allow women in prison to tap into their deepest emotions, as books provide a means for them to express feelings they may have never previously had a chance to explore.

“There is still a place for the development of empathy and compassion…The healing process does involve empathic and compassionate shifts towards self and others and towards younger versions of one’s self as well,” Martin said.

To date, much of the focus on education in prisons has been directed towards teaching social skills and vocational training. Examples of vocational training opportunities for inmates include clothing production, construction and hospitality.

‘Freadom Inside’ was started by author Bri Lee, in consultation with Sydney-based bookstore Gleebooks, Corrective Services NSW and The Women’s Justice Network (WJN).

Lee is the author of three books, including Eggshell Skull and Who Gets to be Smart. She is also studying a PhD at the University of Sydney. The idea for Freadom Inside came about after Lee received a generous book voucher as part of an award for her PhD. She said she was frustrated with the widening education gap and its repercussions.

“It just struck me as such an astonishingly obvious example of this phenomenon in practice, that as a reward for doing well at one of the biggest and richest universities, I got more books, more access to knowledge, more resources,” Lee said.

Lee wants to extend the initiative to include children of incarcerated mothers. She plans to do this by incorporating children’s books on the selection list, so that women can read to their children via video call.

Prisoners in all NSW prisons have had access to tablet devices for family video calls since April 2020. However, the in-cell tablet program, which allows inmates to use tablets from the privacy of their cell, is still being expanded.

More than half the women in prison have a dependent child and research shows this has a detrimental long-term effect on children. Martin sees sharing stories as a way of strengthening the bond between incarcerated mothers and their children.

“Along with the sharing of language is the sharing of imagination, the potential for discussing hopes and plans…It’s also the warm connection, the loving tenderness that is present in their relationship when they’re reading together,” she said.

The need for this is amplified in the context of First Nations women where there may have been a history of family separation and intergenerational trauma, making it even more important to ensure that the cycle is not perpetuated. Strengthening family ties not only improves the mental health of women in jail, but has also been proven to prevent reoffending and reduce intergenerational crime, Martin said. 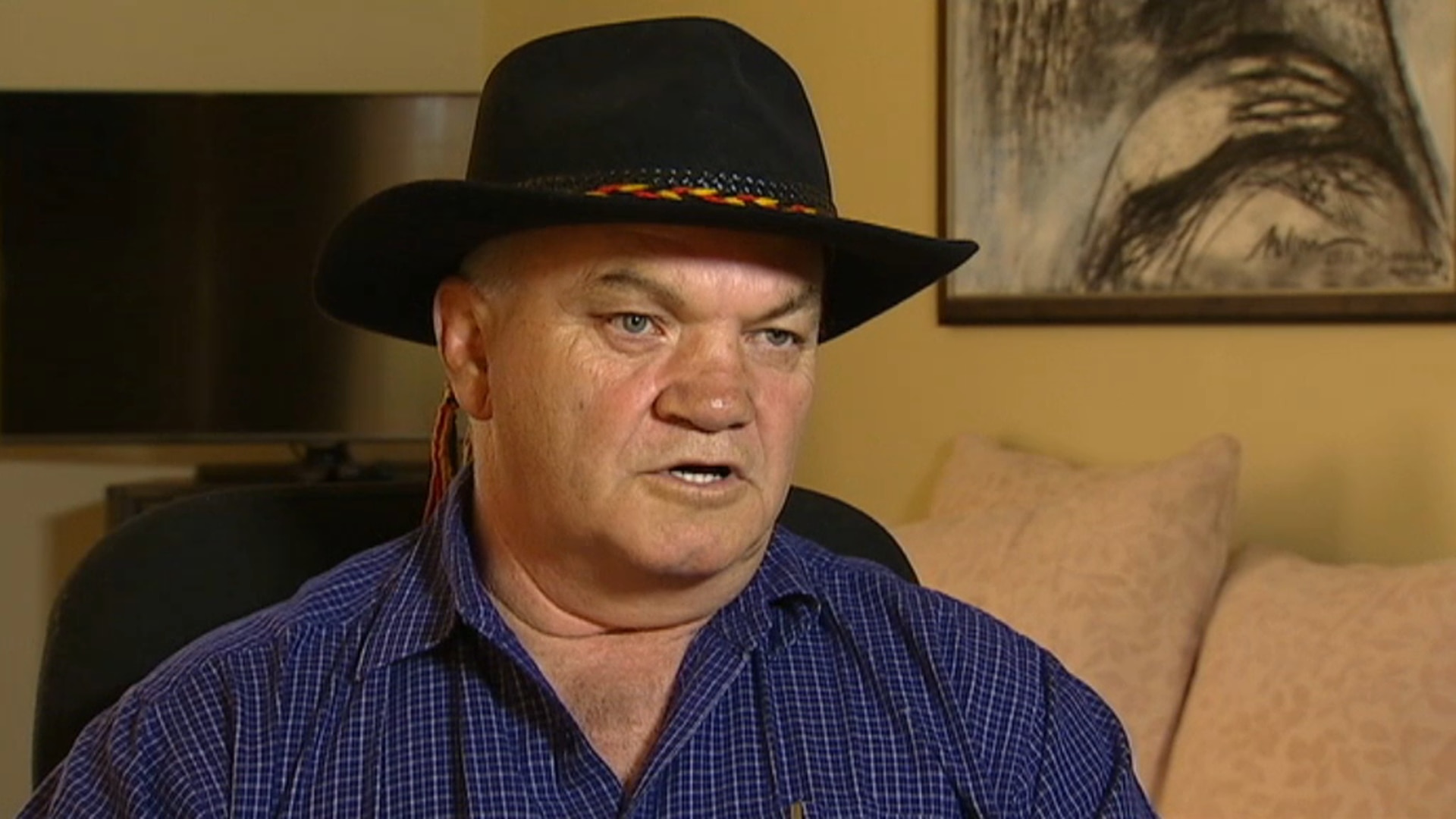 However, many inmates have low English literacy and only 17 per cent of female prisoners in 2020 had completed Year 12, according to a November 2020 report by the Australian Institute of Health and Welfare. Professor Jack Beetson, a Ngemba man and the executive director of the Literacy For Life Foundation, said 92 per cent of Aboriginal people in prison have low levels of English literacy. Even though these figures are from the 1991 Royal Commission into Aboriginal Deaths in Custody, he doesn’t believe there has been an improvement.

“It hasn't reduced the number of Aboriginal deaths in custody, so it's highly unlikely that the system has managed to reduce the low levels of literacy,” Professor Beetson said.

He believes having a variety of books is key. Ally posing in front of some of her clients’ work. She has been working with youth who are at risk of incarceration.
Supplied

As well as having books that cater to different reading levels, Colquitt believes it’s essential to invest more heavily in literacy programs for inmates.

“It’s one extremely boring program, run by one person standing up in front of the class repeating the alphabet…it’s almost like an afterthought in a way,” she said of her experience in prison.

“I don’t understand why we’re not throwing everything we have at this.

"It feels like a missed opportunity that we’re not going in and providing these women with everything we can within our means in terms of education and support.”

For those wanting to donate books you can buy them here.