‘No one can prepare you for the moment you hear the words, “Your child has cancer.”’ September is Childhood Cancer Awareness Month. Read this mother’s unflinching account of when her then 12-year-old son was diagnosed with cancer.

Preview above: Insight asks: what’s the cost of private healthcare and can we afford it?

My son, Magnus, was just 12 years old when his ordinary cold turned into something far more sinister. For weeks, he had been fed multiple rounds of antibiotics to try and combat this stubborn  illness that was leaving him lethargic, immobile and incredibly week. At his worst, he was almost catatonic.

That’s when a trip to the GP marked the night our world came to a standstill.

We had taken Magnus earlier that day for blood work to find out what was rapidly taking control of his body. By 10.15pm, we were startled by a call from our doctor, who told us the Royal Children’s Hospital was expecting Magnus – immediately. In less than five hours, we were checked in to the children’s oncology ward, bearing the burden of a Leukaemia diagnosis.

Without a moment to breathe, Magnus began a gruelling treatment of intensive steroids to help calm the pain of his inflamed spleen and liver. Then, within 48 hours of his initial diagnosis, Magnus underwent surgery. From bone marrow and blood samples to lumbar punctures, Magnus had more than a dozen small-scale surgeries to find out exactly which program of chemotherapy he would need to be able to fight his disease.

At this point, we had no idea -what lay ahead of us. No one can prepare you for the moment you hear the words, “Your child has cancer.” We were suddenly cast out adrift, not knowing if we were ever going to be pulled back ashore.

For the next six months, my husband gave up work to become the full-time caregiver for Magnus, never leaving his side. Meanwhile, I worked part-time, looking after our eldest son and trying to keep the home running as best I could. Nevertheless every day the rug was being pulled from under our feet. We were barely holding on.

Eventually, Magnus was able to come home, returning to the hospital every few days for his chemotherapy, or at times his emergency treatment. However, just because your child is in the comfort of their own home, doesn’t mean things get easier. Our family life took on a new routine – a routine that hit us hard.

Our household bills were the biggest burden. Magnus’ treatment meant that he was so cold, all the time. During summer, we had to have the heater constantly running to make sure his temperature didn’t drop too low, while the rest of the family sweated through it.

He was also extremely toxic from the chemotherapy; you could practically smell it coming out of his pores. We’d have to do multiple loads of washing and drying each day because his sheets, pillows, pyjamas, the whole lot was tainted with a foul odour. Every room Magnus went in, every seat he sat on, we had to wipe it down immediately to get rid of the toxins. We even had to flush the toilet three times to be sure that the chemicals were gone.

It was a very stressful time, not to mention an expensive one. No one saves up for cancer, and so as our gas, electricity and water bills rolled in, we felt like we were being swallowed whole. We never even considered these financial repercussions of Magnus’ diagnosis. It’s not something that’s often talked about in the media or within the community, and so we felt blindsided.

Our social worker at the hospital brought us in touch with national children’s cancer charity Redkite to help alleviate some of the financial stress we were under, and they provided assistance with our bills. It was a blessing that gave us the time we needed to be with our son, carefree.

Although it has been six years since Magnus’ initial diagnosis, we are still yet to recover financially. The immense, ongoing strain from the sudden costs of our child having cancer has had long term effects. 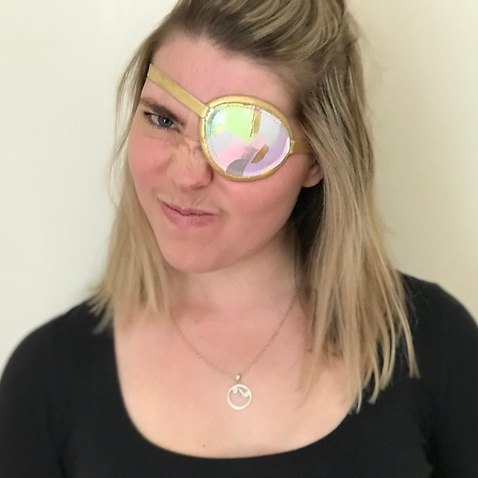 'We’re going to have to take your eye’