A recent survey of paediatricians found they often lacked enough information to accurately diagnose an autism spectrum disorder (ASD) in children. ASD is an important diagnosis not to miss. But it is equally important not to make the diagnosis when it is not truly present.

ASD used to be split into groupings including autistic disorder, Asperger’s disorder and pervasive developmental disorder not otherwise specified. However, these diagnoses are now collapsed into a single ASD diagnosis with a range of severity along the “spectrum”.

To be diagnosed on this autistic spectrum, the individual must have difficulties in two areas.

First, they must have persistent problems in social communication and interaction. This includes deficits in empathy, body language, facial expression and eye contact; and difficulties or lack of interest in social relationships and making friends.

Second, they must exhibit restricted, repetitive patterns of behaviour, interests or activities such as insistence on rigid routines, fixation on certain topics, sensory hypersensitivities such as noise sensitivity and sometimes hyposensitivities – such as a high pain threshold.

The problems must be severe enough to cause impairment in everyday life. Many people with ASD also often have areas of extraordinary giftedness.

However, by 2009, the rate of children diagnosed with ASD in Queensland schools had become as high as one in 50 students (2.05%), according to Queensland Education Department statistics reported in the Courier Mail (obtained by Freedom of Information).

This has led to controversy about whether this is an uncovering of cases that in the past would have been missed, an epidemic of ASD caused by environmental toxins affecting the early developing brain, or a false “epidemic” due to over-diagnosis.

What makes diagnosis so hard

In my experience as a child and adolescent psychiatrist, it is apparent there is an over-diagnosis problem. In addition, there are still children, particularly girls, whose ASD diagnosis is tragically missed until late in their development and schooling. Many child psychiatrist and paediatrician colleagues offer similar observations.

One factor is the funding model. Funding (Medicare and Centrelink rebates and special education resources) is skewed towards children diagnosed with ASD. Doctors have admitted to feeling under pressure to make the diagnosis to get extra support for children.

ASD-like symptoms can occur to a mild degree in children who are stressed, anxious and depressed. Reasons may include trauma in their early life or “insecure attachment”, where neglect or abuse has hindered early bonding with parents, or because their mother is suffering from depression or anxiety. Eye contact and a sense of care and safety that allows them to develop their natural social skills may be lacking. This will later look like ASD symptoms.

ASD symptoms such as social avoidance and restricted interests can also be coping mechanisms for children with other learning difficulties, including intellectual disabilities, dyslexia and speech and language disorders.

Relying on an ASD diagnosis for extra resources is leading to false-positive ASD diagnoses. For the child misdiagnosed with ASD the result can be unnecessary stigma and reduced expectations of self and others. Linking funds to ASD can discriminate against children who do not have ASD but may have similarly severe developmental, learning, emotional and behavioural problems.

Paediatricians Michael McDowell and Mick O’Keeffe have referred to this as “discrimination by diagnosis”. They proposed a model based on the severity of behaviour to correct the problems of funding inequity and diagnostic inaccuracy. 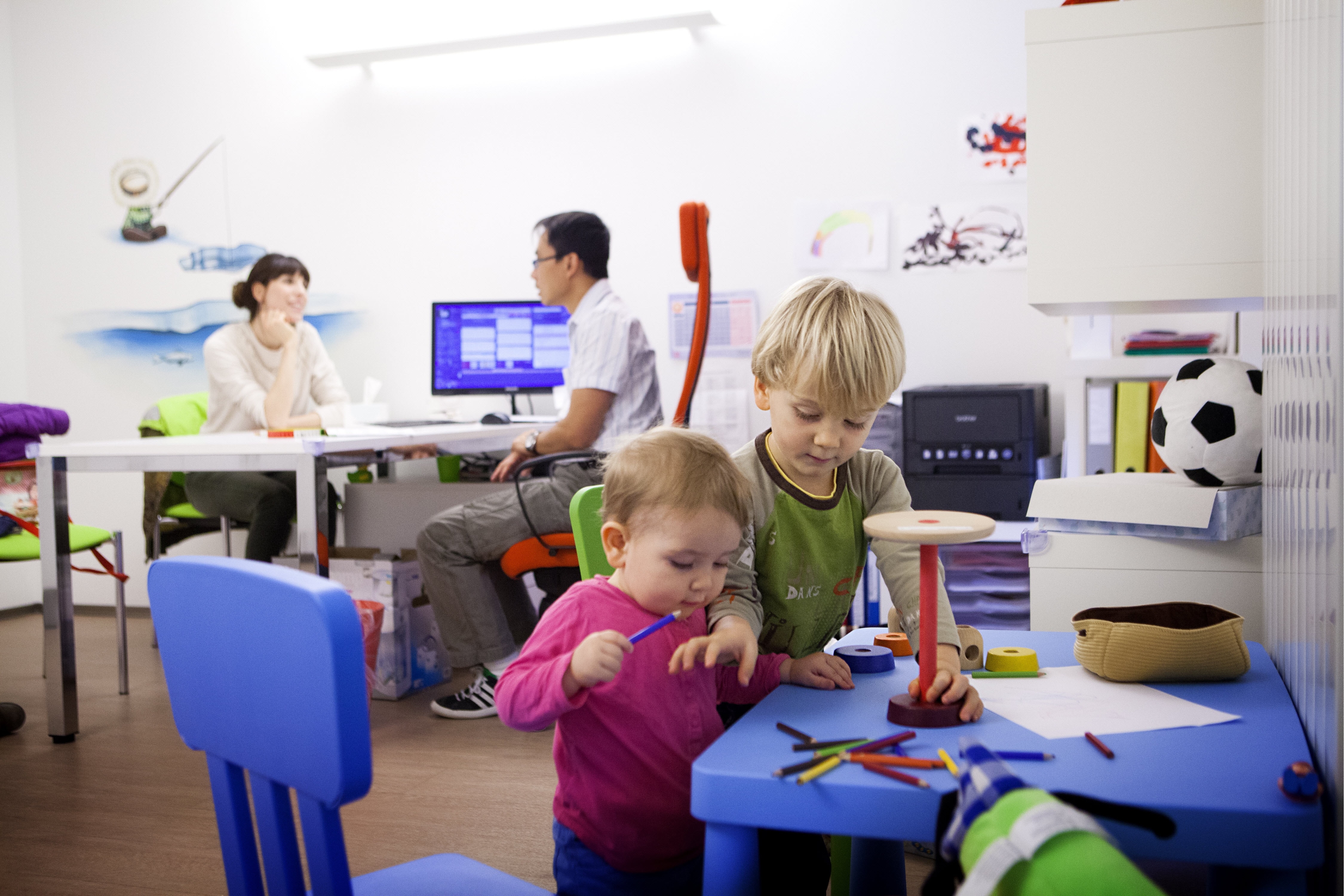 During an assessment, examiners look at the way children respond, interact with others, and play.
Getty Images

A specialised ASD diagnostic test is the Autism Diagnostic Observation Schedule (ADOS). This is a 30- to 60-minute test in which the examiner provides the subject with a series of opportunities to show social and communication behaviours, such as responding to their name, smiling, or commenting on other’s emotions.

This goes a long way to standardising the diagnostic process. But it is still dependent at some level on subjective perspectives of the clinicians (psychologists, speech pathologists, paediatricians, psychiatrists) who have been trained in using it and on the wider context of the pressures to diagnose.

Allied health staff such as psychologists and speech pathologists can make an ADOS diagnosis of ASD, but often further diagnosis is required from a psychiatrist or paediatrician. Problems can arise when the doctor disagrees with the diagnosis, rather attributing ASD behaviours to trauma or abuse as described above.

Ideally, the test should take place with a more comprehensive assessment of the child in different settings, including school.

Child psychiatrists receive adequate training in recognising autism. But other health professionals have requested more training in this area.

A broad approach to diagnosis

Accurate diagnosis of ASD and/or other childhood developmental learning problems and mental disorders is important. But so is a full perspective of their strengths, and a consideration of home and school stressors and supports.

The ASD diagnosis may be obvious in some cases and ambiguous in others. However, related strengths and weaknesses usually require further investigation. Where there is intellectual disability, searching for metabolic and genetic causes is important.

A full assessment may include a physical examination, genetic and other blood tests and brain scans, a thorough family and developmental history, an assessment of parenting and family dynamics, a similar assessment of the child’s experience of school, psychometric, speech and language testing, structured testing such as the ADOS and hearing tests if needed.

Following a comprehensive assessment and accurate diagnosis, support for the child, family and school can be given most beneficially and cost-effectively. Such accuracy requires time and assessment across different contexts. It is more than just tick the criteria and get the funding.