The term ‘narcissist’ seems to get thrown around a lot these days as a negative slur. But just how prevalent is narcissism really?

Studies show narcissistic traits are on the rise with 10 per cent of us exhibiting traits like self-obsession or entitlement. But how prevalent is narcissism really? Watch from 8:30pm Tuesday October 19 here.

Cassie Lewis believes her ex-husband, and the father of her child, was on the extreme end of the narcissistic spectrum. She said she didn’t realise at the start of the relationship but looking back, can see the red flags.

“I didn't really know what a narcissist was until after I left him and when I was sort of made very aware of what it was, it all just came tumbling down as like oh, it was very clear from the very beginning, I just didn't know it,” she told Insight.

Cassie met her ex-husband in the US while she was on a business trip in March 2013.

“So while he was still living in the US it was great, every time I would go over to see him it was all love and romance, it was everything that you want it to be,” she said.

Cassie now believes she was being groomed, or love-bombed, a term which describes how narcissists draw in others and gain control over people. 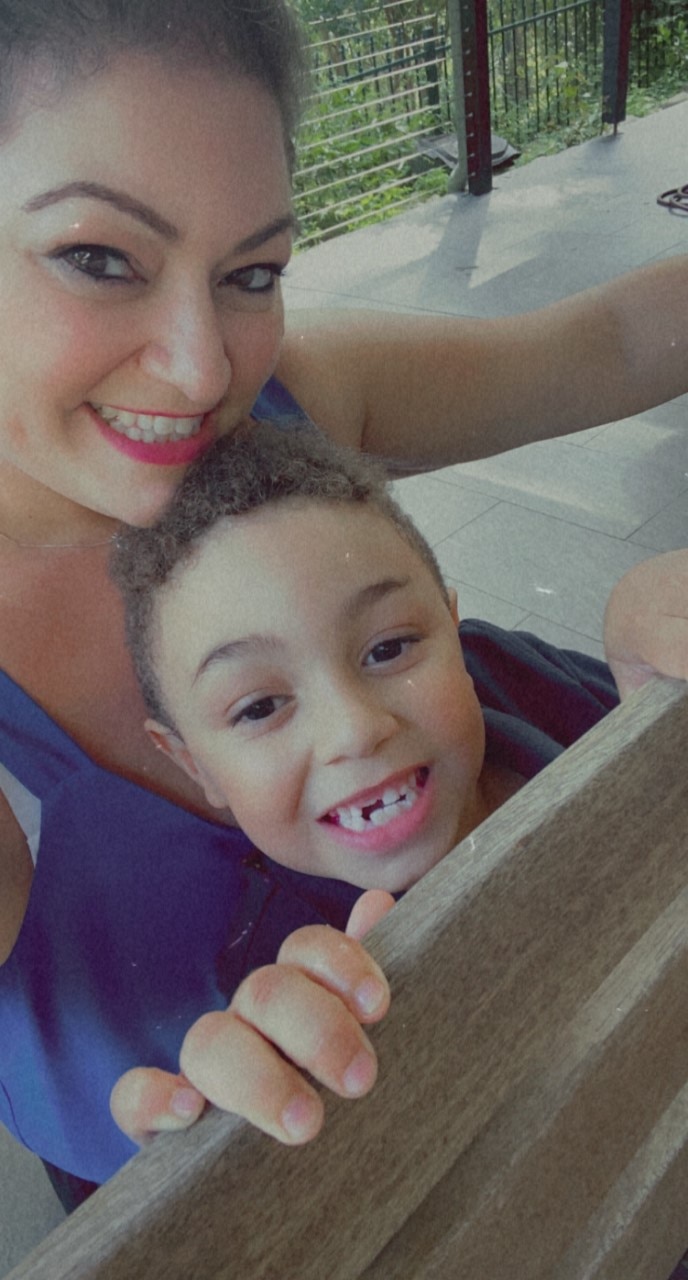 Cassie pictured with her son.
Supplied

She said it was a whirlwind romance, as her now ex moved to Australia three months after meeting her and they were married six months later. But once in Australia, things quickly changed.

“It was not good from the beginning pretty much from moving here,” she said.

Cassie told Insight’s Kumi Taguchi that her ex began cheating on her with her close friends and he became violent towards her. She reported the assaults to the police and police took out an apprehended domestic violence order (AVO) against him. Cassie said the violence against her escalated to the point where she had to escape the marriage.

“The night I left him he was actually staying at another woman's house so he didn't know till the next day and he was trying to put the guilt on me,” she said.

“I was already beside myself and he was telling me he's going to kill himself.

“I believed him because I still at this point didn't really understand narcissism so I was feeling even more guilt and what have I done? But he was lying completely."

Cassie said she was surprised the relationship turned out to be so traumatic and painful.

“I couldn't comprehend how he was so sweet and attentive and loving and then so violent, I couldn't see the connection at first.”

After the relationship ended Cassie found out her ex-husband had faced a number of domestic battery charges in the US. He was sent to prison in Australia on domestic violence charges and was later deported back to the US.

Narcissistic personality disorder has a profound negative impact on people that are in a relationship with them.

What is narcissistic personality disorder?

NPD is characterised by a grandiose sense of self-importance, fantasies of success and power, a belief in one’s specialness, desire for admiration, sense of entitlement, interpersonal exploitativeness and a lack of empathy.

Clinical psychologist, Dr Nick Day, has been investigating the impact of being in a relationship with someone with pathologically narcissistic traits. He said Cassie’s experience is not uncommon.

“Narcissistic personality disorder has a profound negative impact on people that are in a relationship with them,” Dr Day, from the University of Wollongong, said.

“The people that participated in our research had high instances of mental health concerns so there's something specific about these relationships that's particularly challenging.”

Dr Day said people who’ve been in relationships with narcissists need a number of supports, including psychological support, to recover from the experience.

“Safety is a priority I think, that would be the first line of support they be offered, beyond that, I think the patterns that get established within these relationships, partners and family members might need help to kind of untangle in terms of the way they understand themselves and the way they are in their other relationships,” he said.