Meet the heroes of Australia's bushfire crisis and find out - months on - how they are coping as they try to get back to normality.

Insight’s Volunteer Firies episode investigates how the heroes of our bushfire crisis are adjusting to normal life after months of living on the edge. Tuesday, March 24, 8:30pm on SBS and On Demand.

With our attention fully focused on the coronavirus emergency it’s easy to forget that less than two months ago Australia was in the midst of another national emergency, the most devastating bushfire season on record. Thirty-three people lost their lives, including four volunteer firefighters, 3500 homes were destroyed and over 1 billion animals perished.

Twenty-six year old Nathan Barnden is in the early stages of processing the traumatic events he witnessed on New Year’s Eve. As Divisional Commander of Quaama/Cobargo area he witnessed fire erupting like a jet engine as he took the decision to shelter and protect 50 locals in the local fire station, worrying if that decision was the wrong one he may kill 50 people. Also that night, with his RFS colleague John Gallagher, they rescued 13 people from burning houses in remote locations. During his 30-hour shift he learned his uncle and cousin had perished in the fire just outside of town. 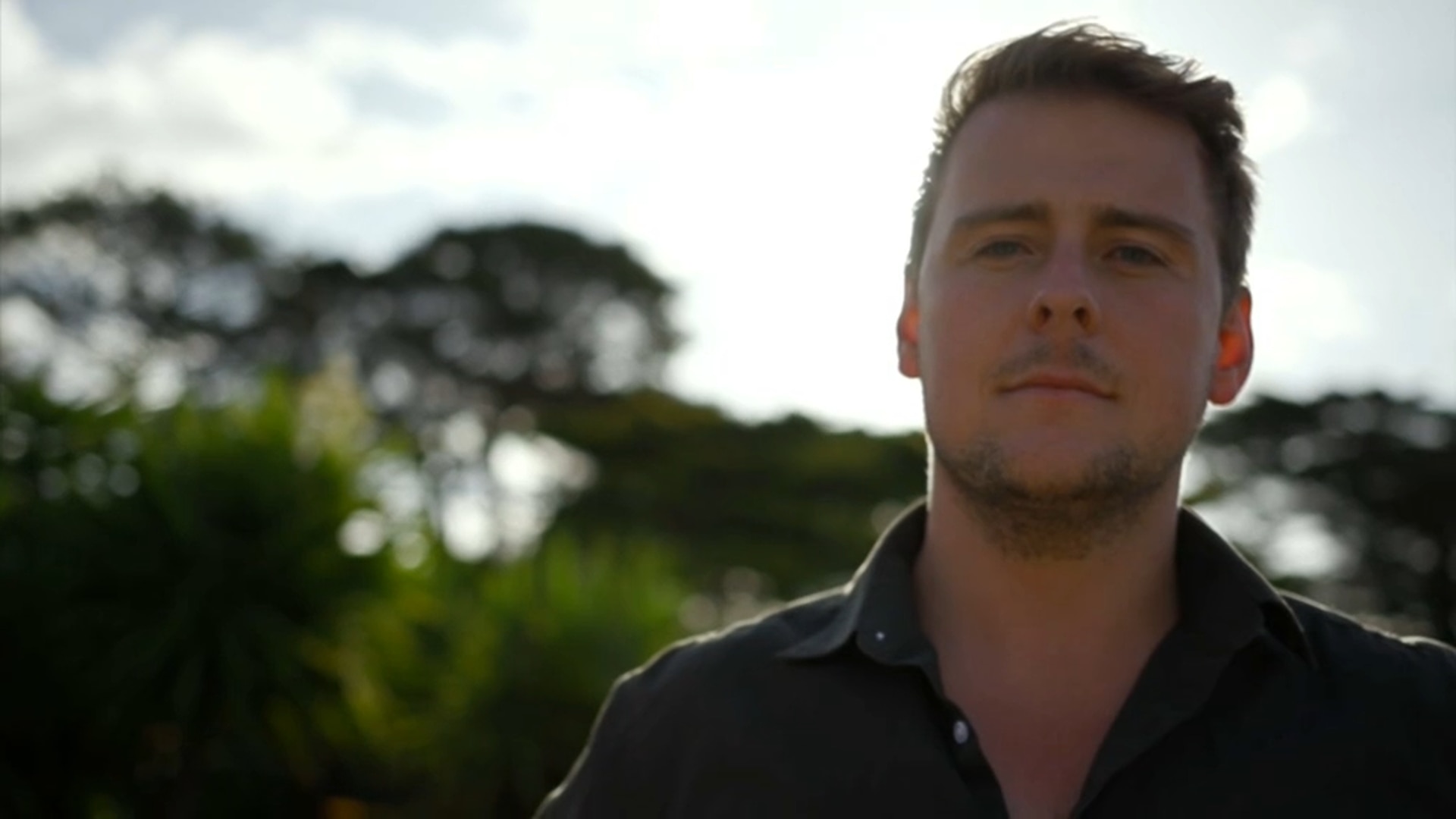 “What we went through this last summer was unlike anything, you know, that I'd about been through in 10 years of fire fighting or any of my colleagues had been through in a long time," he tells Insight.

"Horrific doesn't, doesn't quite cut it. Traumatic, you know, starts to paint a picture of some of the things we went through."

He was recently diagnosed with post-traumatic stress disorder (PTSD).

“I'd be lying if I said I was coping. I'm starting, you know, to get a handle on things now and starting to move forward but yeah it's been an incredible challenge,” Nathan says.

And an hour away from Cobargo on that same night, Siobhan Threlfall and her brother Caden were fighting for their lives huddled in their small town of Nerringundah’s fire shed while the fire raged through destroying 20 out of 25 homes. Siobhan says it’s been a challenge adjusting to normal life.

“I do have those days where memories come back and you think about it a lot more and it is hard and it is sad and I feel like, you know, it's already been a few months since it happened so people don't really want to hear about it so you don't want to go on about it," Siobhan tells Insight.

"It's still there in the back of my  mind and I still think, you know, like what if? What if I didn't act at that at the moment, like I might not be here.” 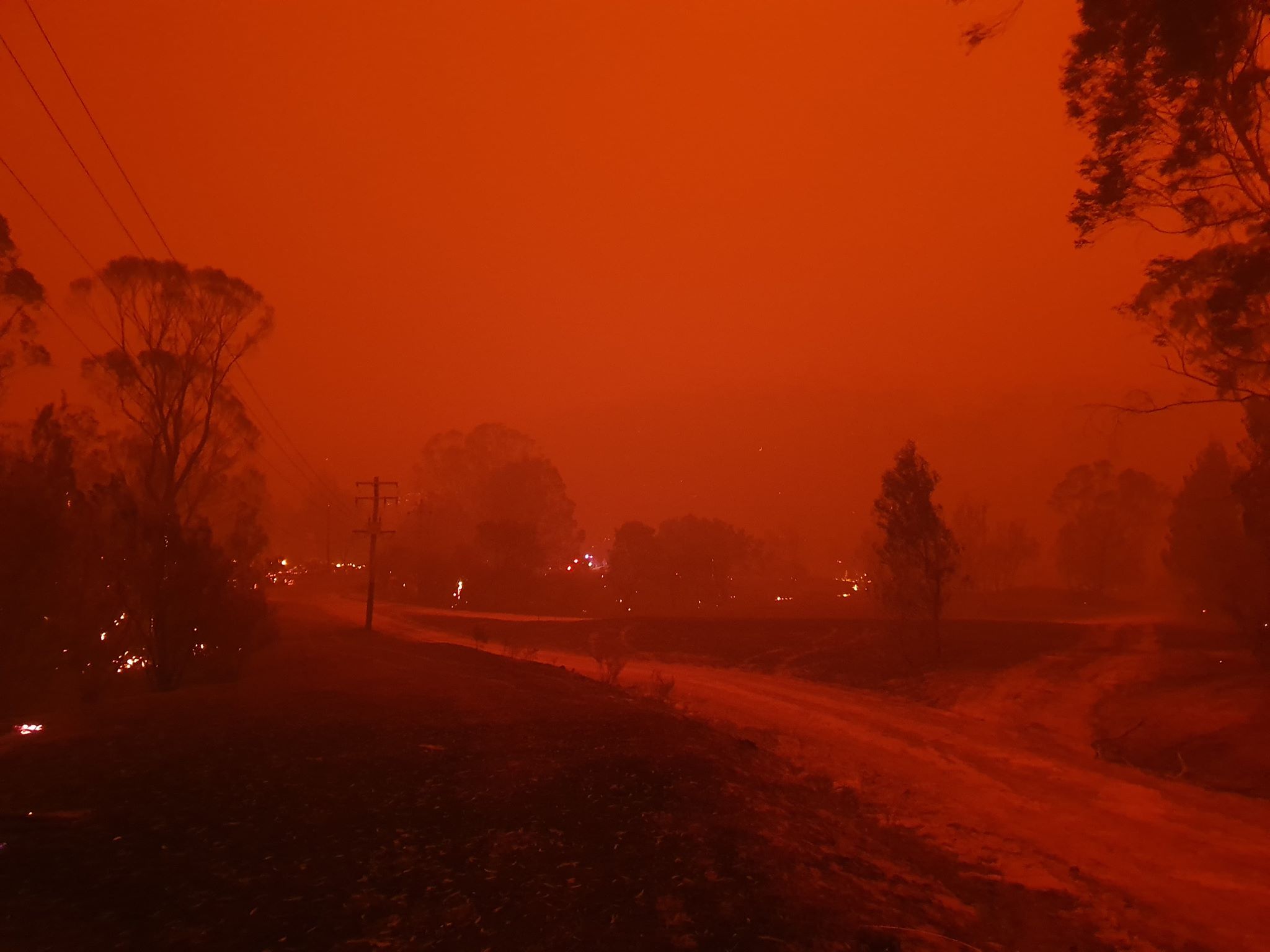 This is what faced Siobhan and her brother in their small town of Nerringundah.
Supplied

John Lardner was Captain of Nana Glen RFS when the fires ripped through the NSW North Coast in November.  Twice he was trapped in an over run situation with fire burning over his truck and the responsibility of young crew’s lives in his hands. He says moments like that have been replaying in his mind.

“I've had some help, the crisis team, intervention crisis team has been really good but it's a bearable anguish but it's there," he says.

"It's something that you never want, I don't want to see those conditions that we fought in this year were conditions that I've never even in the whole entire time that I fought in the fire service. It was just a situation in these recent fires that just, I can't tell you, it was apocalyptic.”