The prime minister has again warned Muslim leaders to snuff out radical views within their congregations, despite push-back from some Islamic groups.

Prime Minister Scott Morrison has doubled down on his demands that Islamic religious leaders do more to "root out" radical views within their communities in the wake of the Melbourne terror attack.

Speaking outside Pellegrini's cafe in Melbourne, where the attacker stabbed and killed co-owner Sisto Malaspina, the prime minister said Muslim preachers needed to monitor their congregations and stay alert to the risk of radicalisation.

Some imams were "brave" and already called out dangerous views, he said. "For those who want to stick their head in the sand ... you are not making Australians safer," Mr Morrison told reporters. "You've got to call it out or it will take root".

Mr Morrison said his pastor would know if someone was being radicalised in his church and said it was the "responsibility" of religious leaders. 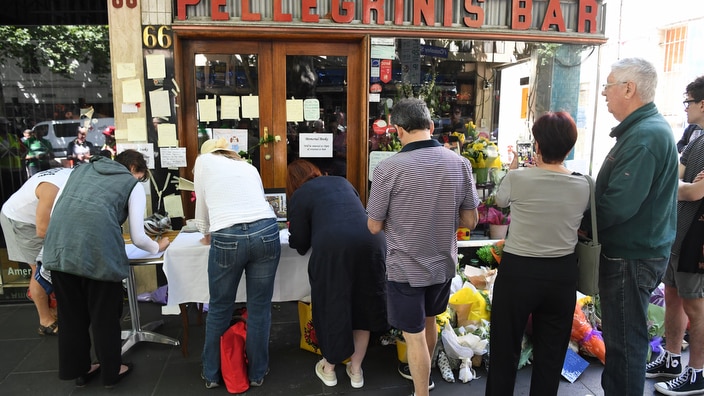 Earlier in the week, the PM's calls were criticised by Australia’s Grand Mufti, who told SBS Arabic the comments constituted “serious discrimination”.

The Mufti said the Muslim community had been instrumental in thwarting past attacks and did not need to be reminded of its “duties”. Australian authorities have thwarted around 14 attacks since 2014 and intelligence agencies have repeatedly stressed the role of tip-offs from the community in past interventions.

On Tuesday, the sheik who leads the Islamic youth centre that was attended by the Bourke Street attacker made his own criticisms of the government’s line. “First, we want to be really truthful with each other,” Sheik Mohammed Omran told The Australian.

“This bloody Prime Minister, instead of turning the heat on somebody else, he should answer us about what he did.”

“He has spent billions of dollars — billions — on security service. And what is the end result? We have crazy people in the street.” Prime Minister Scott Morrison called on the Islamic community to do more in policing the issue of radicalisation.
AAP

He said most Australians would find the prime minister’s request reasonable.

He said Mr Morrison was not “blaming” the community but just asking for more help, and said it was undeniable Islamic faith leaders were in a “better position” than most.