This season's bushfires have "rewritten the rule book" as ecologists fear more than 80 per cent of the world heritage-listed Blue Mountains have been lost.

This season's bushfires could have a 'devastating' impact for some species within the Blue Mountains as ecologists fear more than 80 per cent of the world heritage-listed region may have been lost.

The iconic area has been impacted by the Green Wattle Creek blaze, the Grose Valley fire and the Gospers Mountain blaze for months.

University of Sydney environmental sciences lecturer Aaron Greenville says until now the biggest blaze to burn through the wilderness area had been between December 2001 and January 2002 when more than 250,000 hectares of the world heritage area was lost.

This season's bushfires have destroyed more than three times that area. According to mapping and data, Dr Greenville has put together, more than 837,000 hectares have been burnt since October last year - which is more than 80 per cent of the protected area.

"It's almost like the rule book has been re-written after these fires."

Given bushfires ravaged much of the state's coastline, wildlife seeking refuge from the Blue Mountains blazes would have had nowhere to go, Dr Greenville added.

The ecologist warned that increases in the frequency and intensity of bushfires as a result of climate change could mean recovery is much harder for areas such as the Blue Mountains.

"If fire frequency ramps up - it's like the coral reefs, they've undergone several bleaching events very quickly and that has really destroyed them," he said.

The impact for some threatened species within the Blue Mountains, including the greater glider, could be "devastating" as the fires likely destroyed hollows and trees they call home.

There are also concerns the breeding habitat for the critically endangered regent honeyeater has been destroyed.

Australian National University researcher Ross Crates said it looks like a "significant" amount of area where the bird has nested over the last five years has been burnt. "The problem for regent honeyeaters is they're really restricted in where they can nest," he told AAP.

"This will reduce the number of potential areas where they can nest and could have a significant impact on their breeding productivity over the next few years."

While some plants and ecosystems can adapt to fire, the intensity of the blazes this summer and the lack of decent rain could affect how long it takes for the area to regenerate. 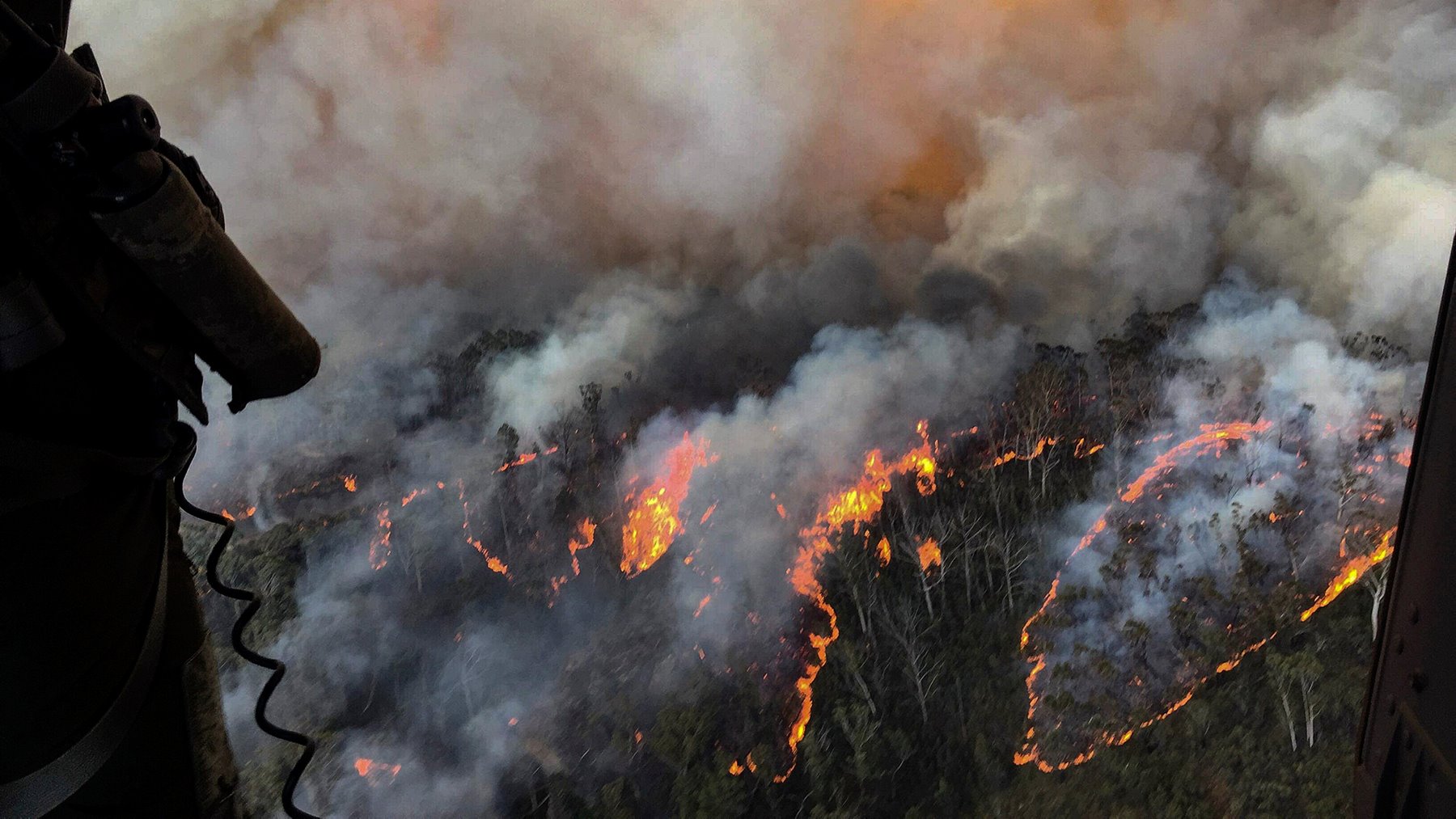 University of Sydney Associate Professor Mathew Crowther said it could take longer for the Blue Mountains to recover given the intensity of the fires.

"We are in uncharted territory," he told AAP. "The fires have been so intense, the fire season started quite early and its been long - it's still going.

"It could take a lot longer to recover."

He said the full impact on tree species and wildlife would not be known until assessments were done as fire grounds became accessible.