Australia's Home Affairs Minister was diagnosed with COVID-19 on Friday, a week after meeting with British, American, New Zealand and Canadian officials in Washington DC.

Ivanka Trump has been working from home after meeting with Home Affairs Minister Peter Dutton a week before he tested positive for coronavirus.

Mr Dutton was in Washington DC on 6 March to meet with representatives from the Five Eyes intelligence alliance, made up of the US, the UK, Canada and New Zealand.

Among those in attendance were Ivanka Trump and US Attorney General William Barr.

"The White House is aware that Mr Dutton tested positive for COVID-19. He was asymptomatic during the interaction," the White House said in a statement.

"Exposures from the case were assessed and the White House Medical Unit confirmed, in accordance with CDC guidance, that Ivanka is exhibiting no symptoms and does not need to self-quarantine."

"She worked from home today out of an abundance of caution until guidance was given."

Ms Trump's husband Jared Kushner is a senior advisor in the Trump administration.

.@ScottAdamsSays “In the next two weeks we will witness a breathtaking degree of human ingenuity. It’s starting to bubble up now. The most capable among us are now fully engaged. That virus doesn’t know what’s coming for it!”

Attorney General William Barr also worked from home on Friday as a precaution.

The US Justice Department said the Attorney General is feeling "great", adding US health officials do not believe he needs to be tested.

President Donald Trump confirmed on Friday he will undergo tests for coronavirus "fairly soon", after he was pictured standing next to a visiting official from Brazil who later tested positive. A spokesperson for Ms Martin told SBS News the minister is in self-isolation and has not been tested, as she is not displaying symptoms. British Minister of State Security James Brokenshire also attended and had breakfast with Mr Dutton while in Washington DC.

"I am very sorry to hear that the Australian Interior Minister Peter Dutton has tested positive for coronavirus and hope he makes a speedy recovery," he said.

"Although I am feeling fit and well and have no obvious symptoms, from a precautionary principle I have decided to work from home for the next week." 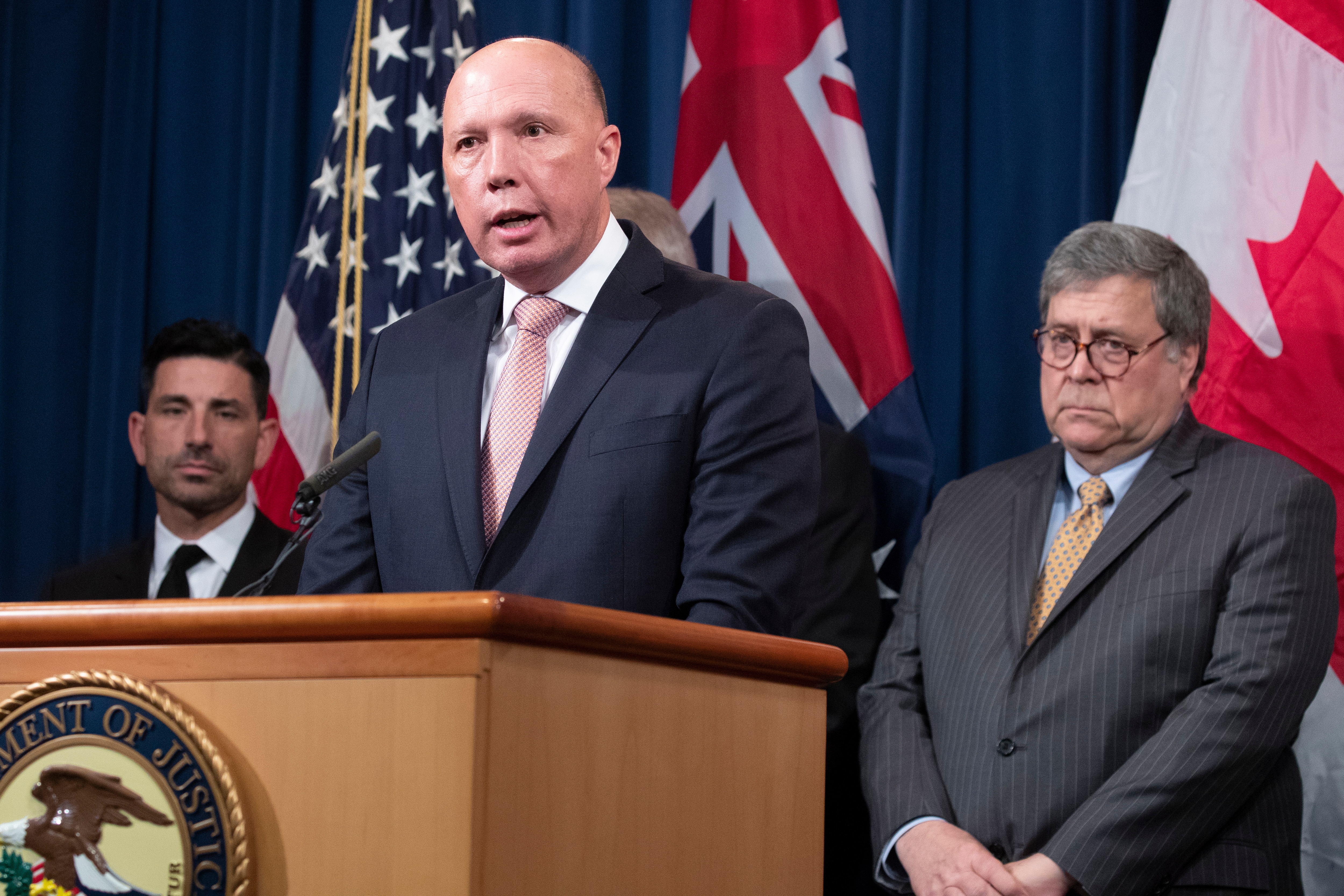 Minister for Home Affairs of Australia Peter Dutton speaks in Washington, before his COVID-19 diagnosis.
EPA

A spokesperson for the Prime Minister's Office said the Deputy Chief Medical Officer has advised only people with close contact with the minister in the 24 hours before he became symptomatic need to self-isolate.

"That does not include the prime minister of any other members of cabinet," the spokesperson said.