JobKeeper and JobSeeker are set to be extended after the September deadline, but at a lower rate. For those who have qualified for an increase in welfare support during the coronavirus pandemic, it has gone a long way.

For many Australians, the reality of the COVID-19 pandemic hit home when pictures of long lines of newly-unemployed people waiting to access Centrelink flashed onto the nation’s television screens.

The government hastily announced JobKeeper - a $1,500 per fortnight payment to employers intended to keep employees in their jobs - and JobSeeker - the revamped unemployment benefit - as a result.

It paid double the previous unemployment rate, up to $1,115 per fortnight, and was welcomed by campaigners who had been pushing for an increase to a welfare rate that had not budged in real terms for 26 years.

But while JobSeeker is expected to be extended after its 27 September deadline, the payments will be reduced and the eligibility criteria tightened to ensure support only goes to those the government considers still require assistance. 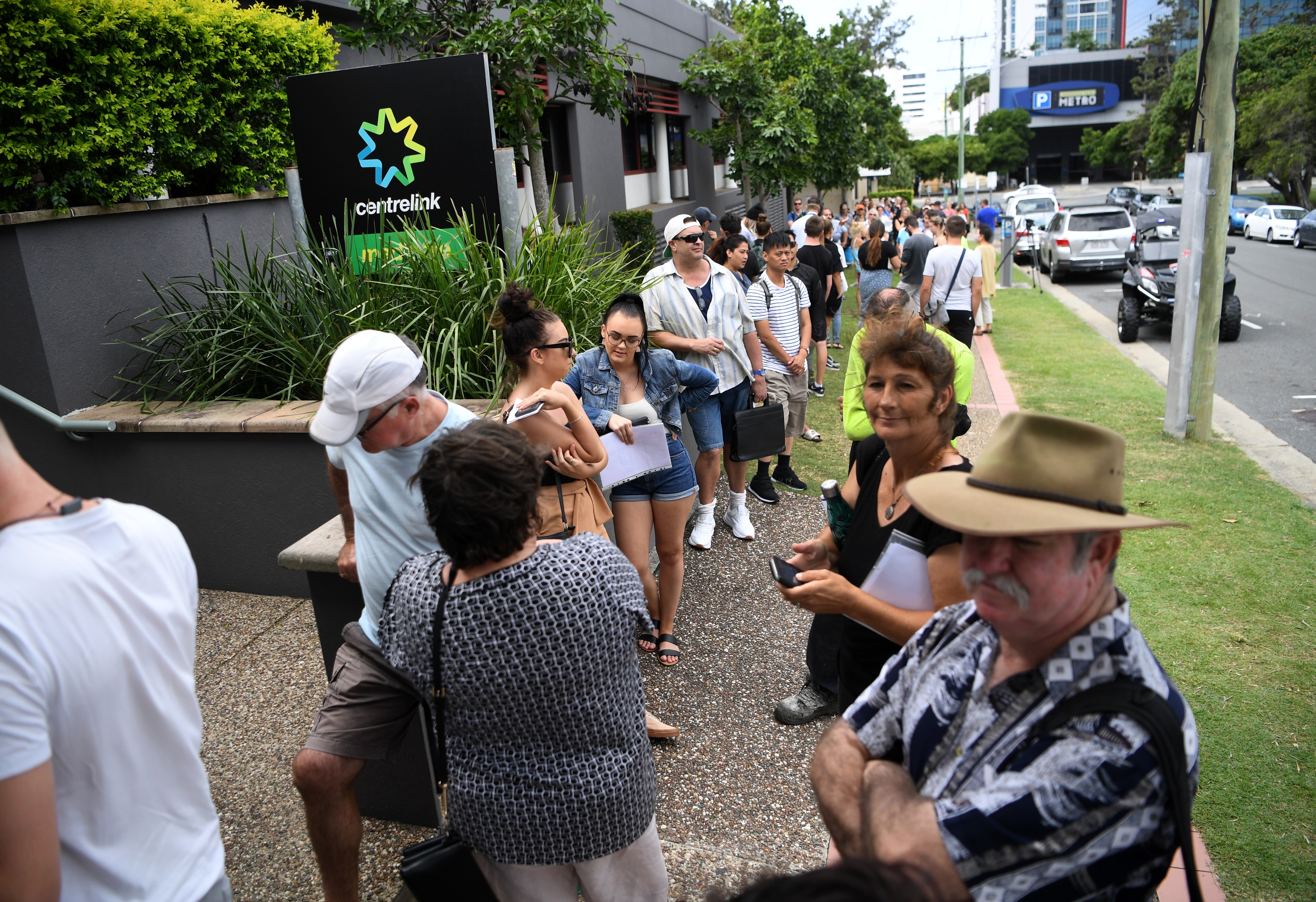 John Quiggin believes many who found themselves unemployed due to COVID-19 may never have been unemployed before.
AAP

The full details are expected to be announced by Prime Minister Scott Morrison on Tuesday.

A collection of more than 60 charity groups, unions and social services have been calling on the government to maintain the current rate beyond September, warning Australia would soon “explode” with mass unemployment if it went back to the old rate of $40 a day. 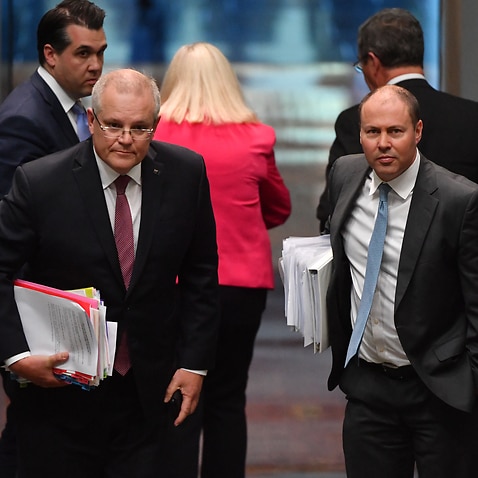 “We hope the Treasurer will retain the rate of JobSeeker… a lot of people would be in poverty and hardship if the ‘snap-back’ was to happen,” said Living Incomes for Everyone spokesperson Janet Bursall.

“This campaign is aimed at ensuring that all people, despite their economic circumstances, live in dignity,” added campaign co-ordinator Eileen Darley.

Amy Ivey, 43, began claiming the Newstart Allowance (later replaced by JobSeeker) in April last year after a fall at work. It meant she was unable to continue with her physically-demanding job.

“For 25 years I worked in various aged care homes, private care … I prided myself on my fitness and my physical ability,” she said.

“I became a single mother around the same time, so I had to keep myself and my children on Newstart.” With the original rate of $40 per day, plus some family benefits, Amy was juggling bills for groceries, medication, fuel and other essentials as she attempted to make a life for her family in Woodbridge, Tasmania.

“It was a stress on the calculator. We had a lot of noodles that we affectionately termed ‘pov pasta’, which was tinned cans of tuna, tinned corn and dollar pasta jar sauces … by the second week, we were living on tinned soups and bread.”

She says her children, now aged 12 and 15, learned to forego social events and endure bullying from their peers as they got used to their new life. Amy says providing proper nutrition for her children was a challenge on the old rate of Newstart.
SBS

“My daughter was always worrying, she’s a very sensitive child. Always going: ‘Are we going to be OK mummy?’”

“She would pretend that she didn’t want to go to things like the movies because she was trying to protect me from having to pay, so that was quite heartbreaking.”

When the $550-per-fortnight coronavirus supplement was rolled out in April this year, Amy says she felt a “great weight lift off my shoulders”.

“I knew that I could afford to buy them fresh food, I could buy my daughter her favourite raspberries, I could buy them new shoes, new clothes, it just felt like you could live with dignity.”

Amy put aside some money from the income boost towards a $3,500 course to retrain to become a domestic violence support worker - a job that wouldn’t require her to perform much physical work.

“I feel I could live with hope, it’s given me confidence that I’ll be able to re-enter the workforce and change my career,” she said.

“Nobody wants the stigma of the dole bludger, nobody wants to sit around the house in poverty, more than anything I want to get back to the workforce and get off this payment and move on with our lives.”

As the COVID-19 pandemic rips through economies around the world, many are finding themselves without a job and edging closer to poverty.

The UN’s International Labour Organization estimates the crisis has led to a “massive decline in working hours” equivalent to 400 million full-time jobs, and the global Human Development Index - a measure of the world’s education, health and living standards - is expected to fall for the first time since 1990.

Already Australia, which has fared well among other developed nations during the pandemic, has recorded its highest unemployment rate in 22 years, and the number of Australians on welfare has more than doubled since December last year.

The Australia Insitute estimated that more than 650,000 people would be thrown into poverty if JobSeeker was to revert to $40 a day, including 120,000 children aged under 14.

Spain, one of the worst-hit European countries, has adopted a ‘basic income’ scheme as it faced a ballooning unemployment rate of 20 per cent since the pandemic broke out.

It guarantees a monthly income of up to 1,015 euros (AU$1,650), for 850,000 of Spain’s most vulnerable households. The payments continue even if the recipient finds a job, topping up household income to a level means-tested against their number of children, assets, and other income.

Within four hours of launching last month, it had received more than 50,000 applications. 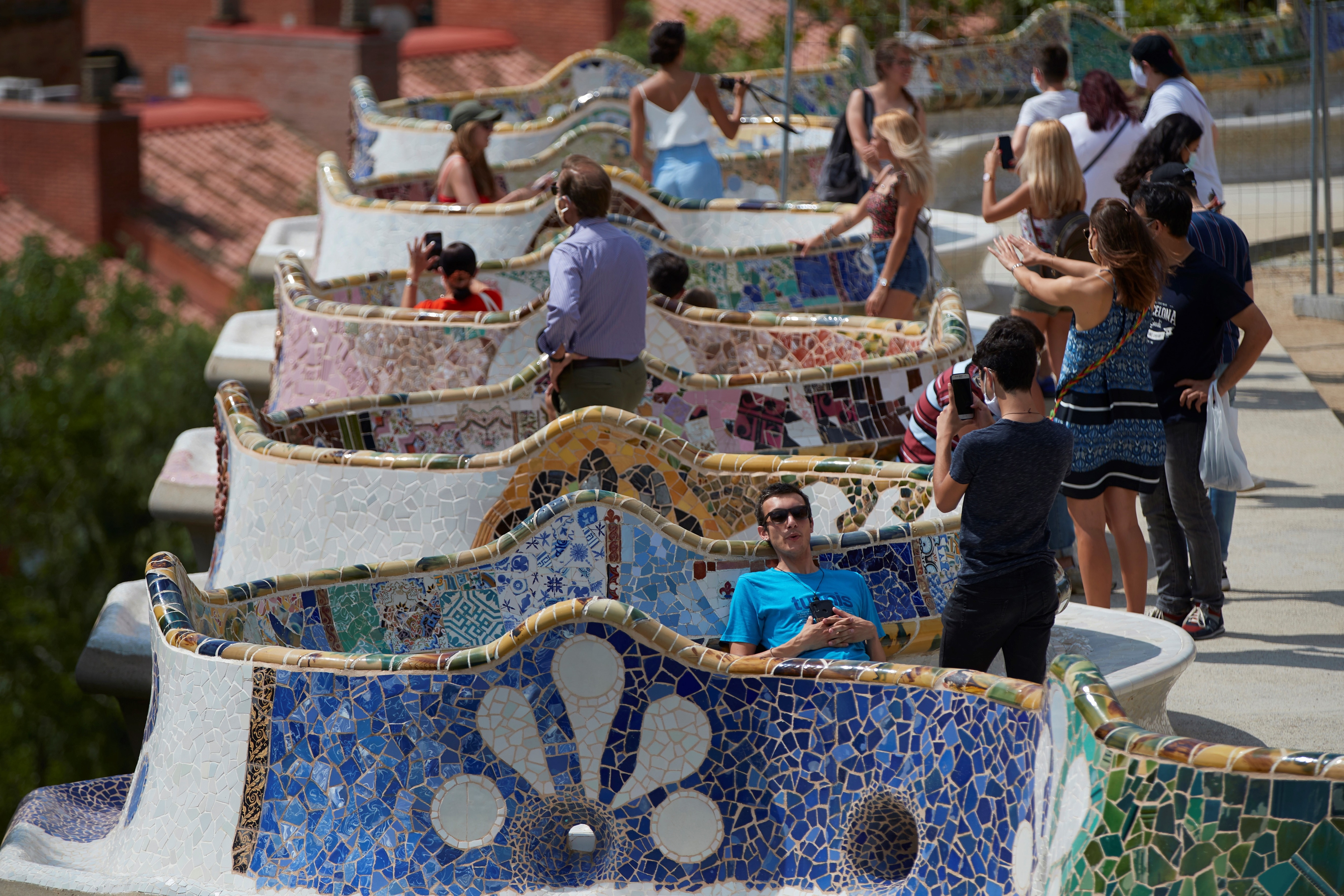 Spain’s initiative has excited economists with its similarity to a ‘Universal Basic Income’, or a UBI.

First developed in the 1960’s, the concept prescribes a payment from the state to each and every household with no strings attached, like a ‘dividend’ from being a ‘shareholder’ in society.

Proponents argue such a payment would provide a society-wide safety net, protect workers from job losses from the increasing automatisation of work, and lead to greater equality.

Spain’s example is certainly not ‘universal’, with its 850,000 household-limit, but it will be the largest test of such a scheme to date. Several other countries have experimented with similar schemes but they have been limited to sample sizes of hundreds or thousands.

Historian Rutger Bregman helped bring the concept of a UBI back into the mainstream with his 2014 book, Utopia for Realists. He says the COVID-19 crisis, with its huge job losses and economic upheaval, added momentum to the UBI cause.

“Ideas that used to be dismissed as completely unrealistic and unreasonable, just a couple of years ago, are now entering the mainstream,” he said.

“We’ve got an extraordinary amount of scientific evidence that basic income actually saves money. We know that healthcare costs go down, crime goes down, kids do much better in school, that’s what we’ve found, basically every single time we’ve experimented with it.”

He says while writing the book, “I found myself discussing not so much the scientific evidence but the deeper question - what is human nature actually like? Do we trust people to have a basic income? Won’t they just waste it on alcohol or drugs? Won’t they stop working?”

In June, Prime Minister Scott Morrison said JobSeeker was too generous and was discouraging Australians from finding jobs.

“We are getting a lot of anecdotal feedback from small businesses, even large businesses, some of them are finding it hard to come and get people to take the shifts because they’re on these higher levels of payment,” he told 2GB Radio.

“We can’t allow the JobSeeker payment to become an impediment to people out and doing work.” 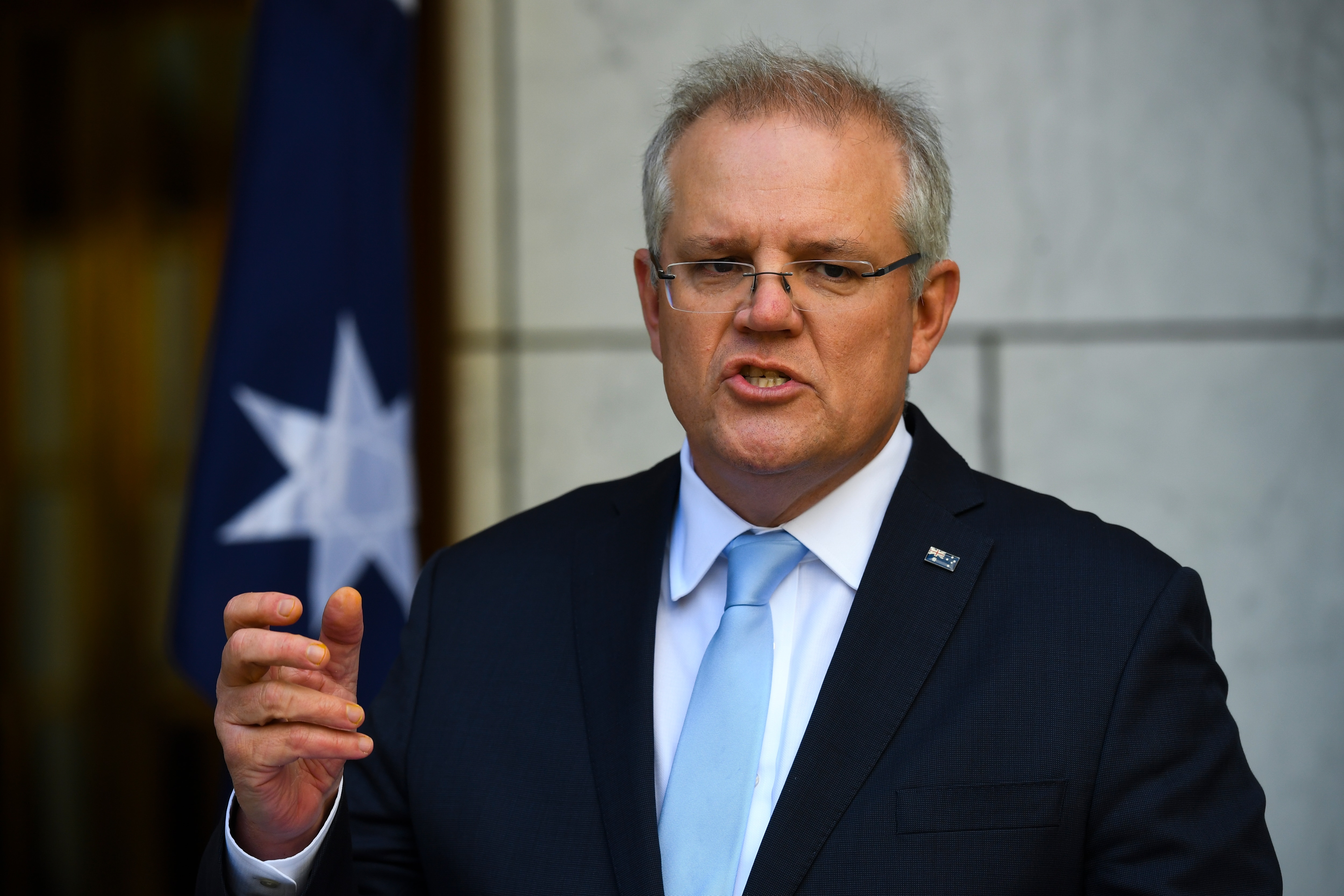 Economist John Quiggin from the University of Queensland says Mr Morrison’s comments were drawing on the ‘dole bludger’ stereotype of the welfare recipient.

“This kind of anecdotal evidence is, I think, not of much value,” he said.

“Prior to the pandemic was the assumption that there were plenty of jobs available to everybody, that roughly speaking, if people didn’t have a job it was either because they were lazy and didn’t want one, or because they had some personal defect like inadequate training.”

“It’s clearly totally inappropriate and irrelevant now … we need to accept that we’re in a different world to the world our government was working on prior to the pandemic.” 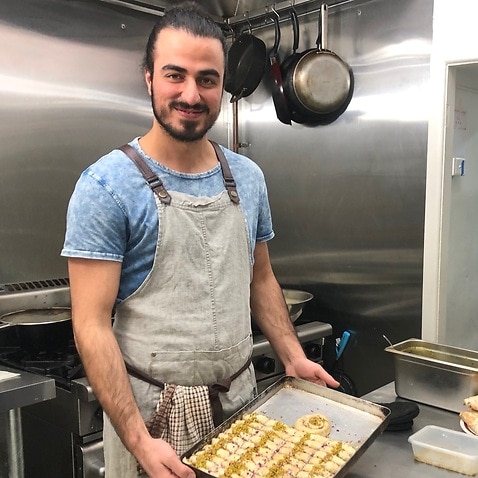 He says other countries have recognised this - such as Spain - and advocates a revamped JobSeeker that funds the unemployed, volunteers, carers and even creatives, at a rate equal to the aged pension. This would be less than the current rate of JobSeeker, which he says can’t be “sustained indefinitely”.

“The answer has to go beyond the 20th-century focus in which full-time jobs are the only way in which people can meaningfully contribute to the community.”

“We need to get away from the assumption that everybody who is unemployed is cheating the system … they’re members of society who currently want work and don’t have one, rather than a group of deviants who need to be managed, have their income controlled and so forth.”

Bregman’s new book, Humankind, is a timely analysis examining how people respond during crises - whether they act selfishly or selflessly.

“We now have 700 case studies from natural disasters around the globe and sociologists have found that every single time you get this explosion of altruism, people from the left to the right, rich, poor, they’re all cooperating,” he said.

“We’ve surely seen some selfish behaviour [during COVID-19], like the toilet paper hoarding, but if you zoom out you’ll see the vast majority of behaviour is pro-social in nature. I think there’s this deep need people are feeling, that they want to be of use, they want to contribute.” Back in Tasmania, Amy has driven to her local community centre to use its computers and internet access to study her domestic violence support worker course.

She says she's “terrified” of the JobSeeker payment being cut too drastically.

“I haven’t been sleeping … we could be dropped off the cliff back into that invisible life of just scraping a living; a half-life, really,” she says.

“Citizens in poverty is a failure of government, it’s a failure of society. We’re not sitting around ... it’s people who desperately want to work and find there’s no jobs out there,” she says.

“We’re all just one phone call away, one diagnosis, one accident away from dropping out of our comfortable middle class to suddenly relying on social support.”