The Assange saga will drag on for months, if not years, before the UK courts, as his British lawyers fight the extradition proceedings tooth and nail.

Julian Assange may be an odious character in the eyes of some. He may not be a journalist in the estimation of others. He may be regarded as a serial pest by his detractors, but his case in the British courts has become a cause celebre for free speech and civil liberties advocates.

In a London magistrate's court on Friday, early shots will be fired in the Assange defence team’s efforts to block his extradition to the United States on 17 charges under the Espionage Act with a separate indictment under the Computer Fraud and Abuse Act.

Assange is facing a jail sentence of 175 years on alleged breaches of the Espionage Act, and further penalty under the Computer Fraud and Abuse Act. An Assange supporter holds a "FREE ASSANGE" banner up during a US protest.
AP: KIRSTY WIGGLESWORTH

At issue, and separate from the extradition proceedings, is whether an agent of the Central Intelligence Agency (CIA) spied on Assange during his seven years in the Ecuador embassy, after taking refuge there in 2012.

He sought Ecuadorian diplomatic protection to avoid extradition to Sweden on charges of sexual misconduct. Those charges have been cancelled.

British authorities arrested Assange in April this year after he was ejected from the embassy. Bail was refused on grounds he had absconded before.

Spain’s national court will hear evidence on whether Spanish surveillance company UC Global had provided transcripts, videos and other material from surveillance equipment secretly installed to monitor Assange’s private communications. It is alleged these were provided to the CIA. After Assange’s arrest, the question everyone is asking: What happened to his cat?

Assange is due to give testimony via video link from Belmarsh prison outside London to the Spanish court, and in person, also by video link, at Westminster Magistrate’s Court.

Findings, in this case, will inform arguments against his extradition to the United States. Those extradition hearings are set to begin before a London magistrate’s court on 24 February 2020. The extradition claims are that he coached former US army intelligence analyst Chelsea Manning into cracking a password on the Pentagon computer to obtain top-secret material about the US wars in Iraq and Afghanistan.

These became known as the “war logs” and included graphic video of an Apache helicopter attack on Iraqi civilians. This attack led to the deaths of two Reuters journalists. The US application for extradition relates to Assange’s WikiLeaks activities before – not during – the 2016 presidential election. In those elections, it’s widely believed he collaborated with Russia to publish leaked documents from the Democratic National Committee to undermine Hillary Clinton’s bid for the presidency.

During the 2016 campaign, US President Donald Trump said more than once he “loved” WikiLeaks. However, within a year or so his administration was pursuing Assange for alleged breaches of the Espionage Act and the Computer Fraud and Abuse Act.

The Assange saga will drag on for months, if not years, before the UK courts, as his British lawyers fight the extradition proceedings tooth and nail.

This is a highly complex case – if it reaches the US court system, it will involve arguments about whether Assange was performing the role of a journalist or whistleblower and therefore entitled to First Amendment free speech protections.

In the first instance, his defence team will no doubt contend that his extradition is excluded under Britain’s extradition treaty with the US. This includes an exception for political offences.

In other words, the case has the potential, even the likelihood, of becoming a broader argument about the extraterritorial reach of the US. This leaves aside a free speech argument about the definition of what is, and what is not, journalism in a social media age. Assange in the Ecuadorian embassy.
AAP

The Obama administration had considered and then baulked at seeking Assange’s extradition, after concluding it would be perilous to charge him under the Espionage Act. This act does not make a distinction between journalists and non-journalists.

Obama-era Justice Department attorneys had also concluded that a First Amendment defence, questioning the definition of what constitutes journalism in the US, would vastly complicate attempts to convict.

American publications, including principally The New York Times, had collaborated with Assange in the publication of material from war logs whose disclosure embarrassed the US government.

In its reporting of the Assange matter, the Times has been assiduous in its defence of journalistic inquiry. The paper commented:

Though he is not a conventional journalist, much of what Mr Assange does at WikiLeaks is difficult to distinguish in a legally meaningful way from what traditional news organizations like the Times do: seek and publish information that officials want to be secret, including classified national security matters, and take steps to protect the confidentiality of sources.

The above reflects widespread concern among American media about implications more broadly for reporting sensitive national security issues that might themselves become subject to the Espionage Act. 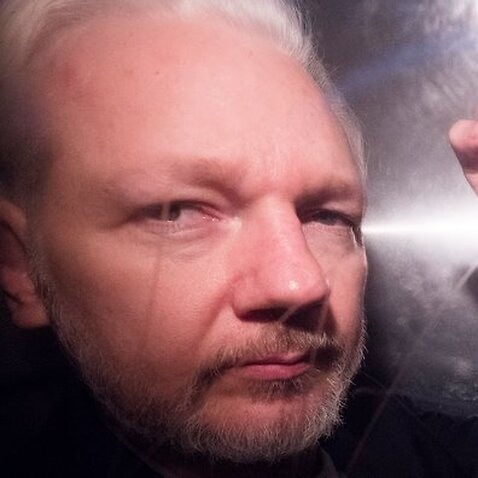 Other publications across the world, among them The Guardian, Der Spiegel, Le Monde and El Pais, also cooperated with Assange. Newspapers in his native Australia published extensively from the leaked documents.

In Australia, support for Assange has been patchy. The Australian government has gone through the motions in providing him with consular assistance.

However, in recent months a trickle of support for Assange has emerged. Politicians from both sides of politics have expressed their concerns about the possibility of him being extradited to the US on charges that would confine him to jail for the rest of his life.

The prospect of a life sentence would be very real. As Assange’s case proceeds, it is likely support for him will build. In the process, this will pressure the Australian government to do more to persuade the Americans to back off.

A risk for Canberra is that inaction would be interpreted as being complicit in Assange’s removal to the US.

Australian journalism has been conflicted over the degree to which Assange should be supported, with arguments for and against. These have centred on his practice of simply dumping documents into the public domain without subjecting them to rigorous editorial processes.

However, what has not been properly addressed by those Australian journalists who have been quick to disavow him is whether Assange should be extradited for what amounts to a capital crime for leaking material that their own news organisations disseminated. Perhaps we should leave the last word to former Guardian editor Alan Rusbridger, whose organisation collaborated with – then fell out with – Assange in the publication of the “war logs”.

Rusbridger defends Assange against attempts to extradite him on grounds that “whatever Assange got up to in 2010-11, it was not espionage”.

He alludes to perhaps the strongest argument against Assange’s removal to the US to face charges under the Espionage Act. This is that he is not a US citizen and his alleged crimes were committed outside the US. This is the extraterritorial argument.

Rusbridger quotes Joel Simon of the Committee to Protect Journalists who observed:

Under this rubric anyone anywhere in the world who publishes information that the US government deems to be classified could be prosecuted for espionage.

It is a good point.

Tony Walker does not work for, consult, own shares in or receive funding from any company or organisation that would benefit from this article, and has disclosed no relevant affiliations beyond their academic appointment.