Nine civilians, including a political leader, have been shot dead by pro-Turkey forces in Syria.

Pro-Ankara fighters taking part in a Turkish offensive in northeastern Syria "executed" a Kurdish political leader on Saturday, forces in the area claim.

Hevrin Khalaf, 35, was "taken out of her car during a Turkish-backed attack and executed by Turkish-backed mercenary factions", the political arm of the Kurdish-led Syrian Democratic Forces (SDF) said in a statement.

"This is clear evidence that the Turkish state is continuing its criminal policy towards unarmed civilians," it added.

The horrific death of #HevrinKhalaf is devestating and sickening. As a Kurdish woman I can’t imagine her last thoughts and feelings in the hands of the Turkish terrorists. I’m terrified for women and girls in #Rojava. An unbearable loss thats left me devestated and heartbroken. pic.twitter.com/hUjl4Fx2zS

She was allegedly one of nine civilians who were executed at different times south of the town of Tal Abyad.

Ms Khalaf was the secretary-general of the Future Syria Party.

Mutlu Civiroglu, a specialist in Kurdish politics, described her death as a "great loss".

"She had a talent for diplomacy, she used to always take part in meetings with the Americans, the French, the foreign delegations."

As co-leader of the Syria Future Party, Hervin Khalaf called in May for a pluralistic nation. She was assassinated by a Turkish jihadist faction after the US-backed Turkish invasion, ANHA News reported today. pic.twitter.com/3chIV3EWCS

Turkey and its allied fighters began the offensive on Wednesday to push back the Kurdish Peoples' Protection Units (YPG), the backbone of the SDF, from its border.

The allied fighters are Syrian former rebels who once fought against President Bashar al-Assad's regime.

But the conflict has morphed since erupting in 2011, and these factions now receive training and funding from Ankara.

The first, posted on the Twitter account of the Ahrar al-Sharqiya rebel group, shows two people in civilian clothes kneeling on the ground as a fighter next to them announces they have been captured by the faction.

In the second, an unidentified fighter opens fire at a person on the ground wearing civilian attire.

The Syrian Observatory for Human Rights confirmed the authenticity of the videos but SBS News could not independently verify them. 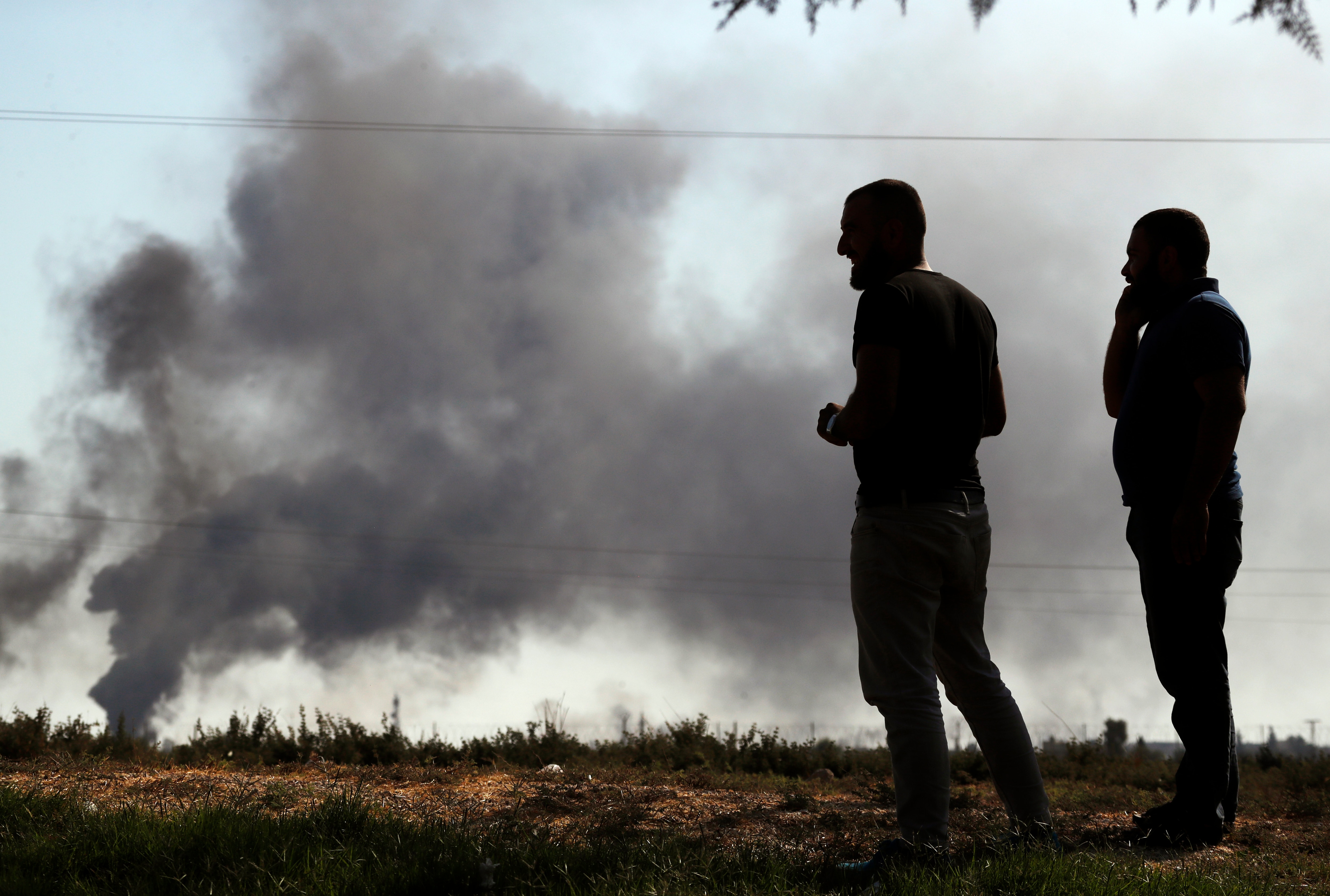 Smoke billows from targets inside Syria on 10 October.
Getty

The deaths brought to at least 38 the number of civilians killed on the Syrian side since the start of the assault, according to the Observatory.

It says 81 Kurdish fighters have been killed in the clashes.

Ankara says the YPG is a "terrorist" group with links to Kurdish rebels in Turkey who have been waging an insurgency for three decades. Kurds take part in a demonstration in Erbil, Iraq, this week.
Getty

Later on Saturday, the Syrian National Army, the banner under which the Ankara-allied former rebels fight, said it had ordered commanders to "continuously supervise combatants on the frontlines to prevent any abuse".

Perpetrators of possible abuses "would face the most severe sanctions and be brought to justice for military disobedience", it said.