New polling shows the Liberals could be at risk of losing Malcolm Turnbull’s blue-ribbon seat of Wentworth, but the party could improve its odds by choosing a female candidate.

The polling surveyed 1,000 people over weekend and was commissioned by Andrew Bragg, who pulled out of the Liberal preselection race on Monday urging the party faithful to rally behind a woman instead.

“I believe the Liberal Party should preselect a woman and my withdrawal can pave the way,” he said.

The poll shows the party’s primary vote has fallen to 39 per cent, matching a previous poll from a progressive thinktank and putting the famously safe Liberal seat within striking distance of a quality independent candidate. Liberal frontrunner in Turnbull’s seat pulls out, says candidate should be a woman

It puts support for Labor at 25 per cent and support for Kerryn Phelps, a likely independent contender, at 20 per cent.

But if the Liberals chose a woman instead, the party’s primary vote would rise four points to 43 per cent.

Prime Minister Scott Morrison would not be drawn on whether he was pushing party members in the Sydney electorate to back a woman.

"I'm a merit person and the party members will decide our candidate in Wentworth," he told Radio 2GB on Tuesday morning.

Mr Bragg, formerly with the Business Council of Australia, was considered a favourite in the seat. His withdrawal has thrown open the contest, with a number of contenders still in the race.

Woollahra councillor Mary-Lou Jarvis and the chair of the Sydney East Business Chamber Katherine O'Regan have put their hands up for the Liberal spot.

Ms Jarvis, who is president of the NSW Liberal Women's Council, was previously considered one of the biggest threats to Mr Bragg's preselection chances. 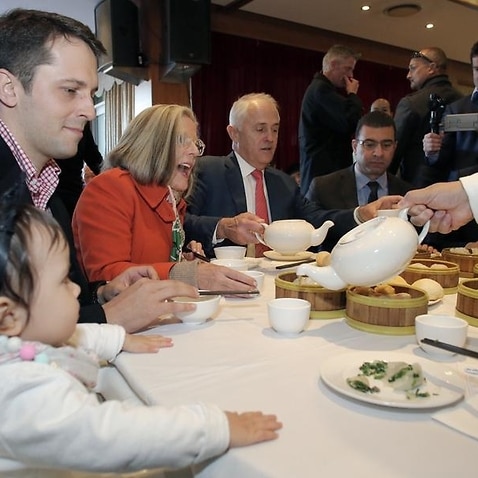 How can I help? Malcolm Turnbull's son to ALP

Dave Sharma, a former ambassador to Israel between 2013 and 2017, is believed to still be interested.

Mr Bragg’s decision to stand aside prompted speculation he may have done a deal to secure a high-placed position on the party's NSW Senate ticket at the next election.

"I believe in public service and I hope to serve the people of NSW in the future,” he wrote on Facebook.

Ms Albrechtsen said it was “condescending” and “sexist” for the former business lobbyist to imply a woman could only succeed in the seat if a man stood aside.