Malaysia's last surviving male Sumatran rhino died on Monday, wildlife officials said, leaving behind only one female in the country and pushing the critically-endangered species closer to extinction.

Once found as far away as eastern India and throughout Malaysia, the Sumatran rhino has been almost wiped out, with fewer than 80 left, according to the World Wildlife Fund.

Only a handful of the creatures remain in the wilds of Indonesia. 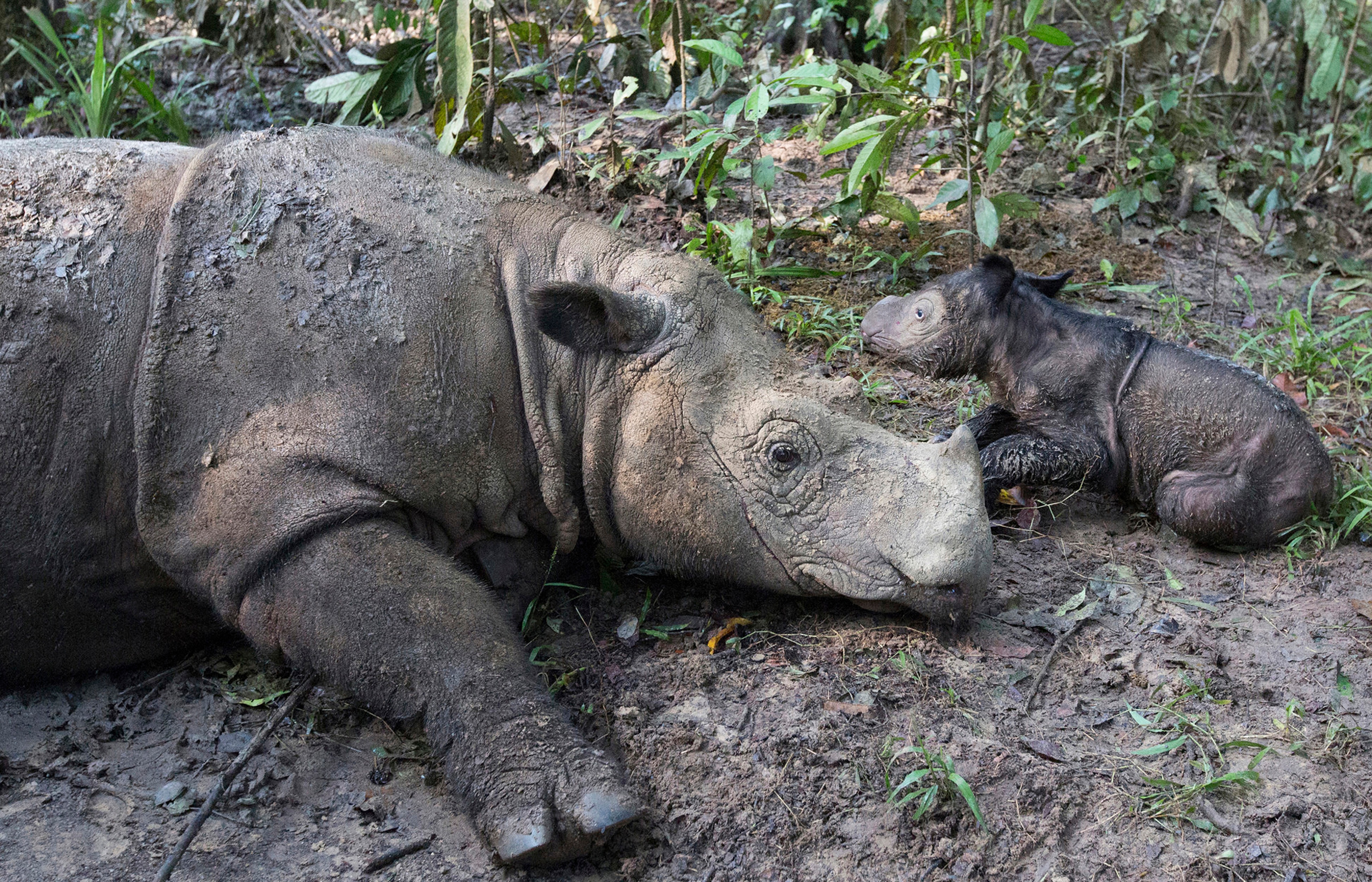 A 14-year-old Sumatran rhinoceros sits next to its newborn calf at Sumatran Rhino Sanctuary in Indonesia.
AAP

The cause of the animal's death was not immediately clear, but previous media reports have suggested it was suffering from kidney and liver problems.

Mr Tuuga said there were problems with Iman's uterus and that she was incapable of becoming pregnant, but was still able to produce eggs.

"We just have to look after the last remaining rhino. That's all we can do, and try if possible to work with Indonesia," he said.