Marise Payne said there was "an exchange of views" on the issue of Xinjiang internment camps.

Australia's foreign minister raised China's internment of Uighur minorities in Xinjiang at a meeting with her Chinese counterpart on Thursday as Beijing comes under increasing international scrutiny over its controversial security policy.

Marise Payne spoke after meeting with China's chief diplomat Wang Yi on the first visit to Beijing by an Australian foreign minister in nearly three years as both countries pursue a thaw in relations. Earlier this week, Payne said she would register "serious concerns" over the huge facilities in northwestern Xinjiang region, where activists say up to one million Uighurs and other mainly-Muslim minorities are detained in political re-education camps.

"We did exchange views on that matter," Payne said at a press conference alongside Wang, but she did not elaborate on what she had told him behind closed doors. 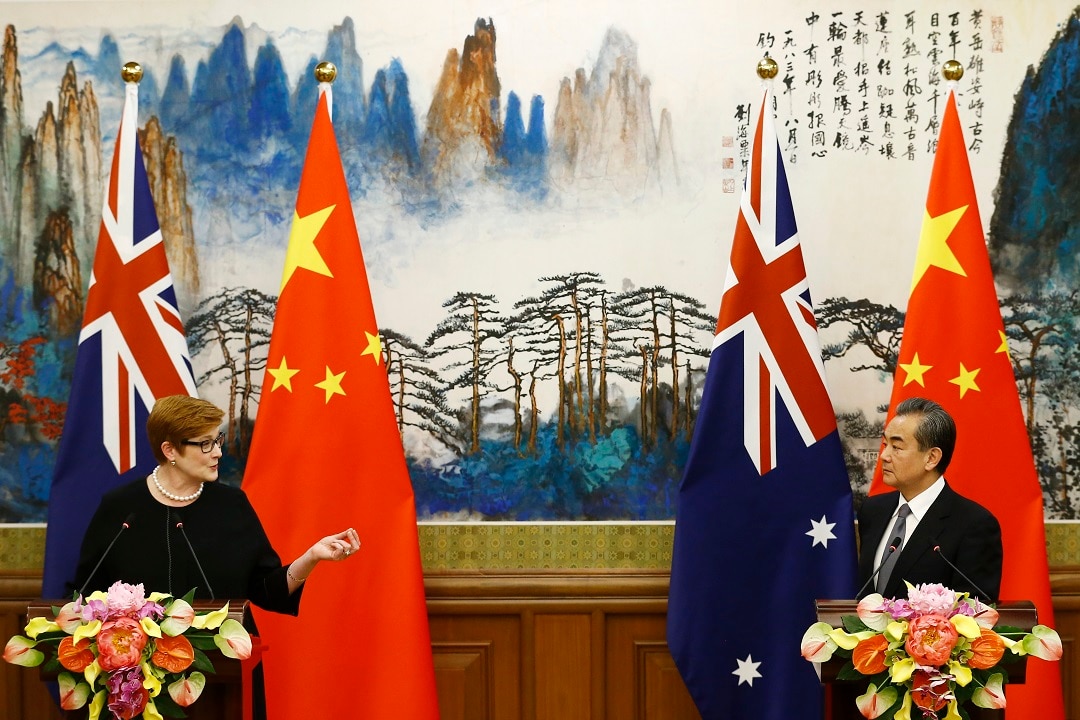 It is rare for foreign officials to publicly chastise China over its human rights record during a visit to the country.

Wang, who opened his statement by wishing everyone a happy Chinese journalists' day, asked media to view the issue of Xinjiang from the perspective of combating terrorism.

"China is firmly against terrorism, and will take strict precautions against the spread of terrorism domestically," Wang said. "This is not only in accord with our own interests but the shared interests of the international community."

The United States and other countries called on China to release people held in the centres as the country faced a grilling at the UN Human Rights Council in Geneva on Tuesday.

The Chinese delegation reiterated Beijing's description of the camps as vocational "training centres" that were built to help people drawn to extremism stay away from terrorism and allow them to be reintegrated into society.

While China is Australia's largest trading partner, ties between the two governments have been strained in recent years over allegations Beijing was interfering in domestic politics and using donations to gain access.

Australia has also barred Chinese telecom firms Huawei and ZTE from operating the country's new 5G network - a decision that has infuriated Beijing.

On Wednesday, Australia also blocked a bid of more than US$9 billion from Hong Kong giant CK Group for the country's biggest gas pipeline company, saying that it would be against its "national interest."

But amid a growing trade spat between the US and China, Payne's visit was an opportunity for Canberra to leverage its economic relationship.

Though no deals were announced after Wang and Payne's hours-long meeting, both foreign ministers came out sounding positive, especially on bilateral trade and investment.

Payne emphasised Australia's commitment to "deepening" its strategic partnership with China, and said the two countries share many interests and goals, from countering protectionism to addressing climate change.

Addressing Australia's $1.5 billion infrastructure fund to support Pacific islands -- seen by some as a counter to Beijing's rising regional influence -- Wang said the two countries were "not competitors" but partners, and said they could combine forces to develop trilateral relations with Pacific islands.