An obsessive-compulsive dog who was abandoned as a puppy has a new mission: helping find and save koalas injured in Australia’s recent devastating bushfires. Bear undergoing training in Queensland in November, ahead of the horror fire season.
INSTAGRAM/@ficlarkphotography/via REUTERS

“This is the first year that we have been involved in the fires,” Romane Cristescu, his minder and ecologist at The University of the Sunshine Coast, told Reuters. Bushfires have ravaged around 2.5 million acres of farmland and bush across Australia’s east coast in recent weeks, killing four people and destroying hundreds of homes. Residents and RFS crews defend a property from a bushfire in northern NSW.
Getty Images 'Absolute devastation': Saving the koalas on the frontline of NSW's fires

The Department of Environment and Energy is also in talks with Port Macquarie Koala Hospital, which is currently treating dozens of badly burnt and dehydrated koalas. A man lends a much needed drink to an exhausted koala in NSW last week.
Facebook/Koala Hospital Port Macquarie 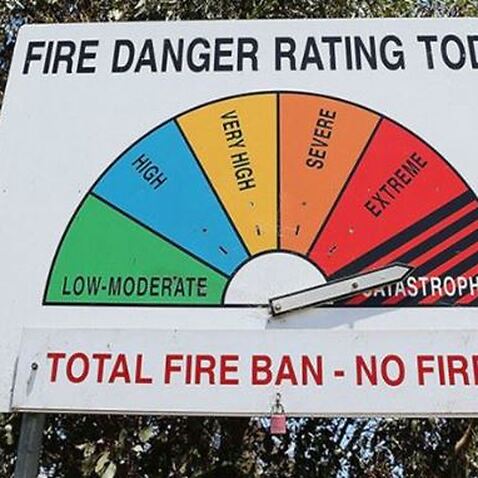