US biotechnology company Moderna has announced it will supply Australia with 10 million doses of its vaccine this year, and another 15 million variant booster jabs next year.

The supply agreement includes two lots, one which protects against the "ancestral" strain of the deadly illness and another which is an updated variant booster jab.

Health Minister Greg Hunt on Thursday said the vaccine would provide the "foundation of a booster and variant strategy" shortly after the US-based biotechnology company announced the deal. 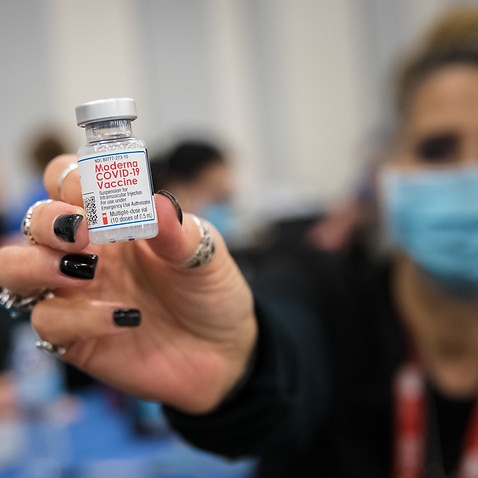 "Today is the next stage of future-proofing and of preparing for the future," Mr Hunt told reporters in Canberra, noting the announcement would not change Australia's current roll-out plan that focuses on AstraZeneca and Pfizer jabs.

He also announced plans to produce COVID-19 vaccines onshore, with Moderna being a possible candidate.

"Our hope is that we will have at least one, if not more than one, manufacturing operation in Australia," he said. Moderna CEO Stephane Bancel attends a meeting with members of the US Coronavirus Task Force and pharmaceutical executives.
AP

Both the mRNA-1273 vaccine and the booster vaccine candidate are subject to the approval of Australia's Therapeutic Goods Administration before they can be used in the community.

The TGA has already approved the use of the Pfizer and AztraZeneca vaccines, which are now being rolled out around the country. 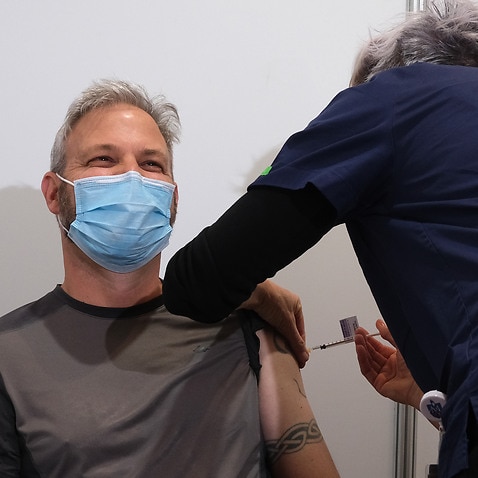 Moderna previously announced it plans to open an office in Australia in 2021.

"We appreciate the partnership and support from the government of Australia with this first supply agreement for doses of the Moderna COVID-19 vaccine and our variant booster candidates," CEO Stephane Bancel said in a statement published late Tuesday in the United States.

It comes as the federal government faces criticism over delays to the vaccine rollout and missed targets.

The federal budget, which was handed down on Tuesday night, made the assumption that a population-wide program will be in place by the end of 2021.

However, Prime Minister Scott Morrison has likewise stressed this assumption is not a policy commitment.

“That is not a policy statement nor is it a policy commitment of the government,” Mr Morrison told parliament on Wednesday.

Labor has accused the government of incompetence over the pace of the vaccine rollout and its management of quarantine.

"This has been a shambles from the beginning. All of this over promising and underdelivering," Shadow Treasurer Jim Chalmers told reporters on Wednesday.

The federal budget outlined no new funds for purpose-built quarantine facilities like one recently proposed in Victoria - beyond an already announced expansion at Howard Springs in the Northern Territory.