The prime minister says he would ‘not be comfortable’ with gay kids getting expelled from religious schools, as the fallout continues from the leaking of the Ruddock review

Prime minister Scott Morrison says he does not believe an enrolled gay student should ever be kicked out of a religious school because of their sexuality, as he continues his defence of the leaked Ruddock review.

The review, commissioned by the Turnbull government in the midst of the same-sex marriage debate, has not been released to the public in full.

But on Friday, a list of its 20 recommendations were leaked and published in the Sydney Morning Herald.

It recommends “amendments” to the federal Sexual Discrimination Act to ensure all religious schools “can discriminate” against both students and staff “on the basis of sexual orientation, gender identity or relationship status”.

But those exemptions to discrimination law already exist in some states, and the existing federal law says it is not “unlawful” for schools to discriminate against someone for their sexuality, gender identity or pregnancy.

The leaks have sparked intense debate and confusion over why an “amendment” would be needed when Mr Morrison insists the exemptions are “existing law”. 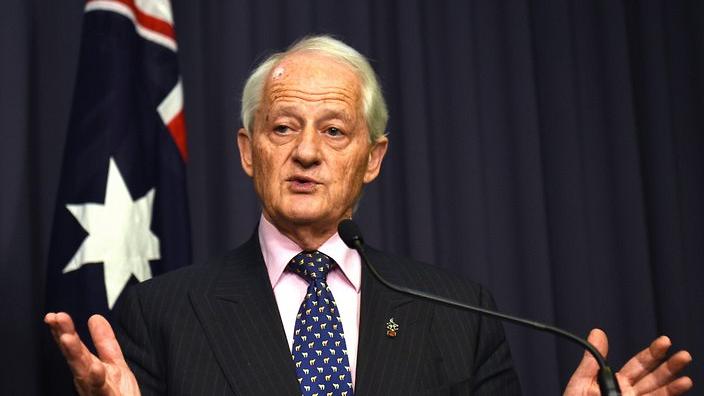 Philip Ruddock has presented his review into religious freedom to the Morrison government.
AAP

“I don’t think if someone’s at a school they should be kicked out because they have a different sexuality to what might be believed to be the appropriate thing by particular religious groups,” Mr Morrison told Sky News on Thursday evening.

“I’m not comfortable with it,” he said.

“We do not think that children should be discriminated against.”

The government has pointed out the recommendations would actually tighten some of the exemptions, compared with the absolute rights enjoyed by some states now.

It would no longer be legal to discriminate based on pregnancy, and schools would be forced to publish their hiring policy.

Full list of #ruddock recommendations published by @smh. These are sections that have been in dispute. Recommends locking in right to discriminate against gay students & teachers, if reasons published, but not for a pregnancy, or intersex status. #auspol https://t.co/wTeFSRIBSA pic.twitter.com/sEaKh8fkuq

“We weren't suggesting that the law should be expanded, we were suggesting it should be contracted to ensure that information was clear and unambiguous to those who were seeking to enroll children,” the report’s lead author, Liberal elder Philip Ruddock, told ABC Radio.

The Morrison cabinet is yet to consider the government’s full response to the report, but has signalled major changes to the law.

Among the most significant will be the proposal for a new Religious Discrimination Act, which would make it illegal to discriminate against someone on the basis of their religious beliefs.

That would make religious beliefs a protected attribute under the law, like gender, race and disability are now.

Before Mr Morrison’s appearance on Sky, opposition leader Bill Shorten said he could not believe the prime minister had not “ruled out” changes that would make it easier to discriminate against schoolkids. "Every child is entitled to human dignity. We shouldn't even be having this debate," Mr Shorten said.

The Labor leader criticised the process for being "cloaked in secrecy".