A vilification complaint brought by a gay rights activist against Israel Folau has been accepted by the NSW anti-discrimination board.

The Anti-Discrimination Board of NSW has accepted a complaint from a gay rights activist who has accused former rugby star Israel Folau of "homosexuality vilification".

Mr Burns also complained about the rugby player's comments seen in a video sermon linking severe droughts and unprecedented bushfires to the legalisation of same-sex marriage in late 2017.

He wrote that Folau's statements were "objectively capable of incitement of contempt and or hatred of homosexual persons on the ground of their homosexuality".

The anti-discrimination board on Friday informed Mr Burns his complaint had been accepted under the state's Anti-Discrimination Act.

"Mark my words, Mr Folau is about to cop a dose of third-degree Burns," Mr Burns said in a statement.

Once a complaint is accepted it normally goes to conciliation.

If that fails to resolve the matter it can be referred to the NSW Civil and Administrative Tribunal for a legal decision. 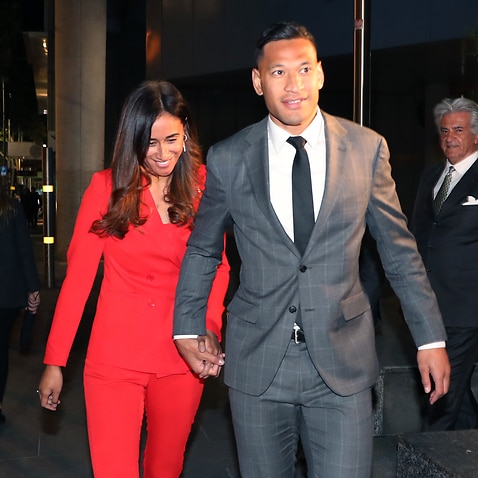 Mr Burns in 2013 and 2014 had success at NCAT when the tribunal found a former Katter Party candidate had vilified homosexuals and ordered she publicly apologise.

But when Tess Corbett, a Victorian, didn't retract her comments he couldn't enforce the ruling because she wasn't a NSW resident.

Mr Burns has set up a GoFundMe page to fight against the Sydney-based Folau.

Folau and Rugby Australia 10 days ago settled their dispute over the sacking of the former Wallaby due to his controversial social media posts.

The two sides announced a confidential settlement had been reached after mediation ordered by the Federal Circuit Court.