The NSW Police Force is urging the public to "dob in a dealer" as part of a crackdown on illicit drugs.

A police campaign that calls on residents to dob in the "grubs" that deal illicit drugs has been launched in NSW amid a concerning number of overdose deaths at music festivals.

There have been five deaths at music festivals in Australia in less than five months - the latest in Victoria.

The deaths have prompted a renewed debate around pill-testing, which has the backing of the Australian Medical Association and former Australian Federal Police Commissioner Mick Palmer.

But as debate on a need for pill-testing to curb drug-related deaths intensifies, NSW police and Crime Stoppers on Thursday launched a joint campaign targeting drug manufacturers and dealers.

Campaign to crack down on dealers

The “Dob in a Dealer” campaign will be held in 14 locations across NSW, with the first being Tweed Heads.

Lights on at all hours of the day and night, cars and people arriving at odd times, or large drums and other equipment being disposed of at the property are often the tell-tale signs a home is being used as a drug house, according to NSW Police Force.

“The message we want to share today is that the community can help police stem the flow of drugs by providing confidential information about those involved in the manufacture and supply," Tweed/Byron Police District Commander, Acting Superintendent Brendon Cullen said.

Do you have information about a drug dealer?

We are keen for that information. Let’s work together to get these grubs off the street!

Acting Superintendent Cullen says people should not feel bad about dobbing in drug dealers because they don't care that the drugs they profit from destroy lives and families.

"They only care about the money they can make," he said.

Four young people died in the past four months from suspected overdoses after attending NSW music festivals and concerts. This week, 22-year-old Brisbane man Josh Tam died after he was taken to hospital from the Lost Paradise music festival on the Central Coast.

A 20-year-old man died in hospital on Tuesday four days after the Beyond The Valley event in Lardner, east of Melbourne. "I don’t envy the task of our leaders and I’m sure there are many who assume that this is a fringe issue. It’s not – a majority of the country wants this because most of us treasure the lives of young Australians. I strongly suspect that this is an election issue that will define how courageous our leaders are and show us who can put politics aside to save lives," Mr Palmer wrote in an opinion piece published by Fairfax.

"How a government which presides in a jurisdiction in which a medically supervised injecting centre (MSIC) has operated successfully and with undisputable success in Kings Cross over 18 years, can be so vehemently opposed to trialling – or even discussing or considering – pill testing is difficult, almost impossible, to understand."

Outspoken Anglican priest Rod Bower tweeted his support for pill-testing, taking a photograph on Wednesday morning of the billboard outside his Gosford church which reads "Just test the damn pills".

#pilltesting is not the answer but it can be part of the question #Auspol pic.twitter.com/zLIafVfooI

A trial at a major Australian music festival in 2016 found two in three people wouldn't consume a pill if a test showed it contained methamphetamine.

On Thursday, NSW Premier Gladys Berejiklian - who's been vehemently opposed to pill testing - appeared to soften her stance on pill-testing. "If there was a way in which we could ensure that lives were saved through pill testing we would consider it - but there is no evidence provided to the government on that," Ms Berejiklian told reporters, when when asked about another death at an Australian music festival.

The father of Anna Wood, whose 1995 death at the age of 15 alerted Sydney to the dangers of using ecstasy, has criticised the idea that pill testing would make drug-taking safer.

Tony Wood doesn’t believe pill-testing would prevent deaths and advocates for a tougher approach and says we should come down hard on drug dealers. 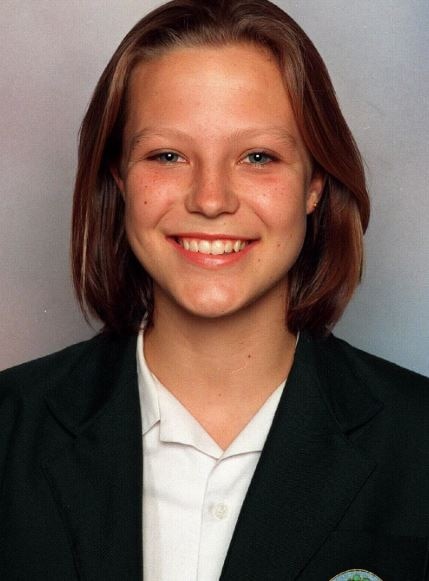 Anna Wood died in 1995 after taking a pill.
Supplied

“I think we’ve got to get tougher… more and more police involved," he told Macquarie Radio Network.

“And then get some judges and magistrates with some guts to go and put these people away, they’re murdering our kids."

Any NSW resident with information about someone who is manufacturing or supplying drugs can call Crime Stoppers on 1800 333 000 for a confidential conversation, or report securely online at www.crimestoppers.com.au.