NSW's peak medical body has told an inquiry into a bill to decriminalise abortion that introducing an amendment banning sex-selection terminations could make doctors party to a crime.

The upper house parliamentary committee examining the draft legislation held its first hearing on Wednesday and continued with some 22 witnesses on Thursday.

The private member's bill, which passed the lower house last week, allows terminations up to 22 weeks and also later if two doctors, considering all the circumstances, agree the termination should occur. Such an amendment could make any doctor providing abortion services after nine weeks "party to a crime" as technology allows the sex of a baby to be identified from about this time, Dr McMullen told the inquiry.

"Therefore if a woman seeks termination of pregnancy after this point, any laws prohibiting gender selection as a reason would require doctors to be mindreaders of sorts to ensure no crime was being committed.

"This would have the effect of delaying or preventing the delivery of care."

There is no evidence of women approaching their doctors seeking terminations on these grounds, Dr McMullen added.

"If there was evidence that this was happening we're confident ... doctors would be within their rights to refuse a termination." 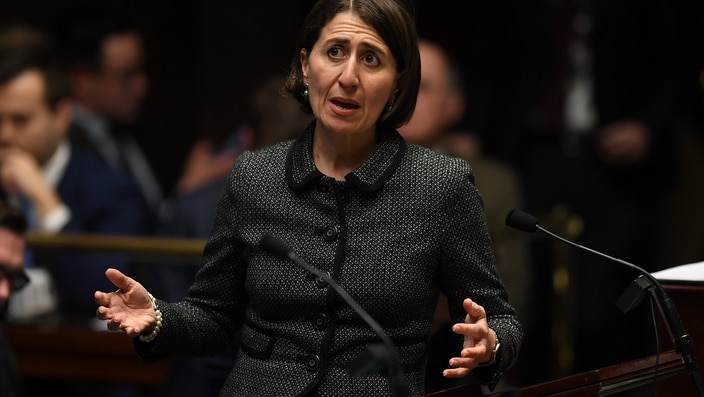 Premier Gladys Berejiklian has opened the door to explicitly banning abortions based on gender if it will help ease community concerns.

Ms Berejiklian said the state's chief obstetrician had advised her that sex selection terminations were "not an issue in NSW".

"But if there is more we need to do to actually allay concerns of the community we will," she said this week. "These women have spent the past few weeks being called murderers, being called flippant in their decision making, being told they don't have the capacity to make their own decisions and they've been disrespected time and time again by opponents of this bill," Ms Canning said.

She asked upper house MPs due to debate the bill next week to "please reflect on what they intend to say".

"There has to be compassion on this issue and I feel that's been absent in this debate."

Uniting Church moderator Simon Hansford - who addressed the inquiry alongside other faith leaders from the Uniting and Anglican churches - said abortion was a health and social issue and shouldn't be a criminal one.

"(But) the parliament resolving that this is not a criminal matter would open the health community and the wider community to better care, better support and better options for women and unborn children."

Obstetrician and gynaecologist Simon McCaffrey believes women will be worse off if the bill passes the upper house.

"To me, pregnancies terminated without specialist oversight between 14 to 22 weeks, abrogates our duty of care to women, and this bill will ensure that's exactly what will happen," he said.

When questioned by Nationals MP Trevor Khan, Dr McCaffrey revealed he was also an office-holder with the anti-abortion organisation Right to Life.

"Is this relevant?" he asked.

Since the matter was referred to the upper house on 6 August some 13,000 submissions have been made to the inquiry. The committee must report back their findings by Tuesday.