Australia's next Census will take place on 10 August, but already specially trained staff are engaging with multicultural communities to get everyone on board.

In a small conference room on the Gold Coast, newly appointed Census engagement manager Saga Selsby is meeting with community representatives. From police officers to youth workers and refugee spokespeople, she’s there with one clear message: the 2021 Census is coming up and we need every person in Australia to complete it.

But Ms Selsby understands it’s not that easy to get people on board. The Samoan-Australian woman wipes away tears when she tells SBS News that in her 35 years living in Australia, she’s never completed the Census.

“There was always a stigma or a myth behind the Census,” she says. “That it was a way that the government could track you, or come into your home and tear your family apart.”

It was only as she began witnessing firsthand how, without data, the Pasifika community on the Gold Coast were missing out on vital services - from youth groups to affordable housing. They were "invisible", she says. The 2021 Census theme is 'every stat tells a story'.
SBS News

“I see the cultural groups that struggle to be able to get any sort of funding to help them, and be seen,” Ms Saga says. “I see the young people that then struggle with identity."

It’s why she applied to become the Gold Coast and Brisbane South culturally and linguistically diverse (CALD) Census community engagement manager - a role that involves liaising with community organisations and migrant services to promote and educate people about the Census before it happens on 10 August.

Dozens of Australians from diverse backgrounds have been hired as CALD engagement managers nationwide to help connect with all communities, and there'll be thousands of more roles offered in the coming weeks to help with the mammoth task.

This #HarmonyDay, as always, we're all in this together ❤️🌎 Australia is a diverse and multicultural nation, with people from over 190 different countries and 300 separately identified languages spoken at home. We also have 300 different ancestries, here are the top 10... pic.twitter.com/cCgUhIxFlL

Ms Saga is only a few weeks into the job, but already she’s making inroads with all the local services.

“Because we need a voice,” she says.

“Every stat tells a story, and in order for the government to listen, they need to know that our community groups exist.”

What is the Census?

The country’s largest survey is conducted every five years by the Australian Bureau of Statistics (ABS) and is compulsory. It aims to counts every person and home in Australia and essentially provide a snapshot of the nation and how it is changing.

As well as Australian citizens, visa holders, tourists and international visitors including students studying at Australian universities all need to take part.

"The Census form asks questions about things like your age, country of birth, religion, ancestry, language used at home, work and education," the ABS says on its website. 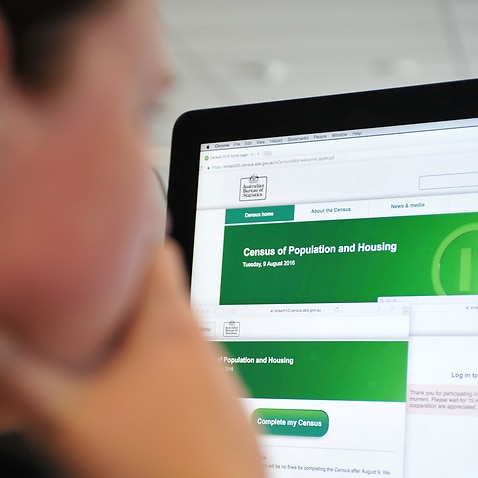 The data collected is then "used to inform important decisions about transport, schools, health care, infrastructure and business. It also helps plan local services for individuals, families and communities".

But it's a huge task, involving around 10 million households and 25 million people.

One of the biggest takeaways from the last Census in 2016 was how diverse Australia is becoming. It found nearly half of people in Australia were either born overseas or had one or both parents born overseas. 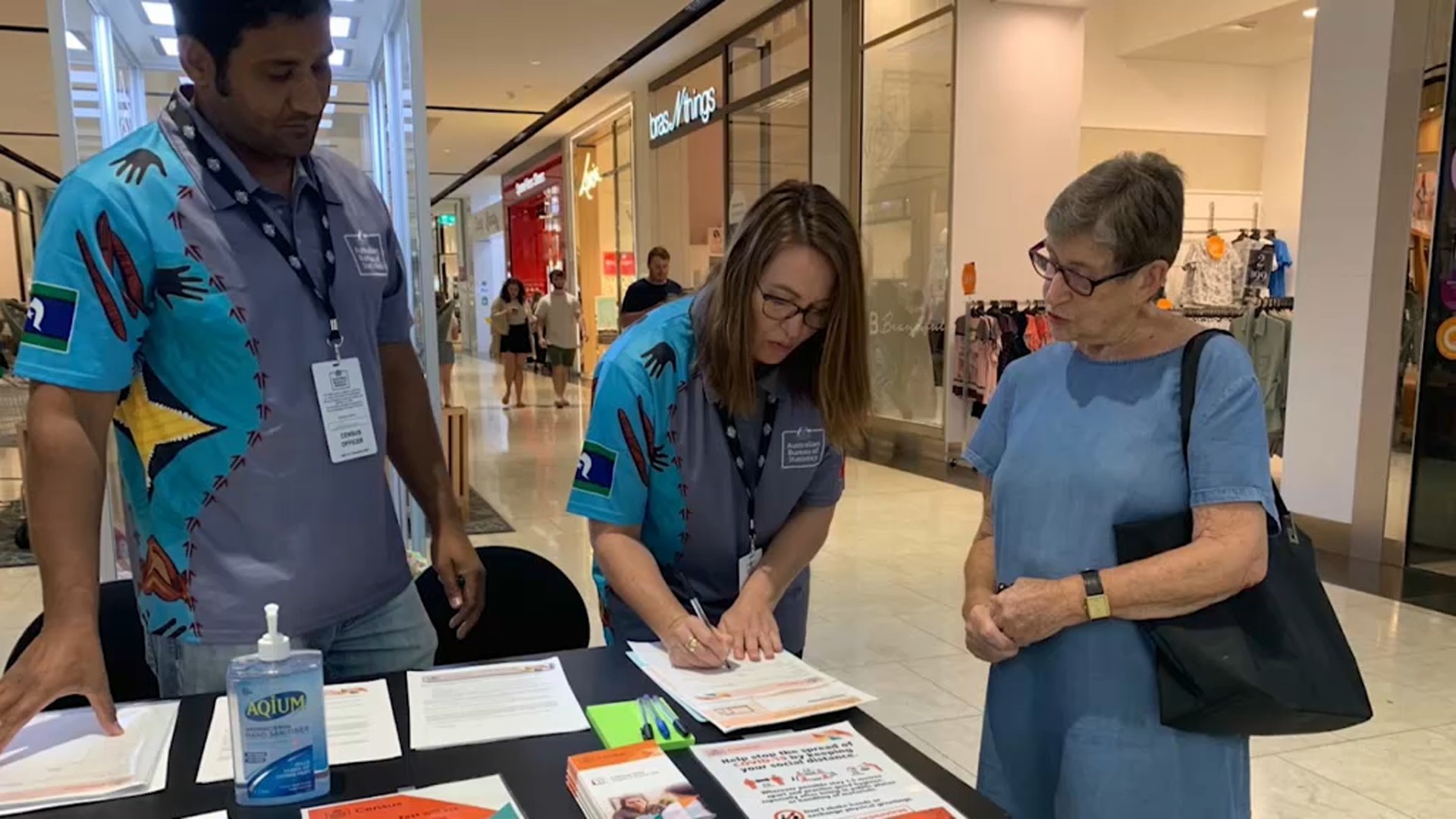 The 2016 Census showed how diverse Australia is.

That’s why the ABS has made it a priority to hire representatives like Ms Selsby, who are already trusted within their community, know the language, and know the cultural sensitivities.

Director of Census inclusive strategies Georgia Chapman says the role of CALD engagement officers is imperative to understanding what each local community needs.

“What languages we might want to provide additional assistance with, and to help us tailor those bespoke solutions," she says as an example. "We're going to have to make sure the Census is as easy as possible for people.”

But the statistics also show people in Australia from CALD backgrounds are less likely to complete the Census.

Christine Boonstra is the CALD Census manager for Tasmania. She says there can be several reasons why people don't take part in the Census and they differ from community to community.

“Some of the reasons people from CALD backgrounds may not want to participate in the Census are for very obvious reasons; not understanding what the Census is, and the relevance for them," she says.

“For example, if I’m an international student here studying, or if I'm a migrant worker on a temporary visa, I may not even know that I have to complete it, so that's a real challenge.” She also says one of the other main barriers is language. The Census form is written in English and must be completed in English, which can prove difficult for some people.

Census managers, along with CALD field officers, will be working with the community sector using a multi-pronged approach as the Census date creeps closer.

The government's Translating and Interpreting Service will be available to provide support to those who need it.

There will also be 'fill-in-the-form' sessions - including in languages other than English - around the country to provide face to face support with filling in the Census, including at migrant resource centres and community hubs. 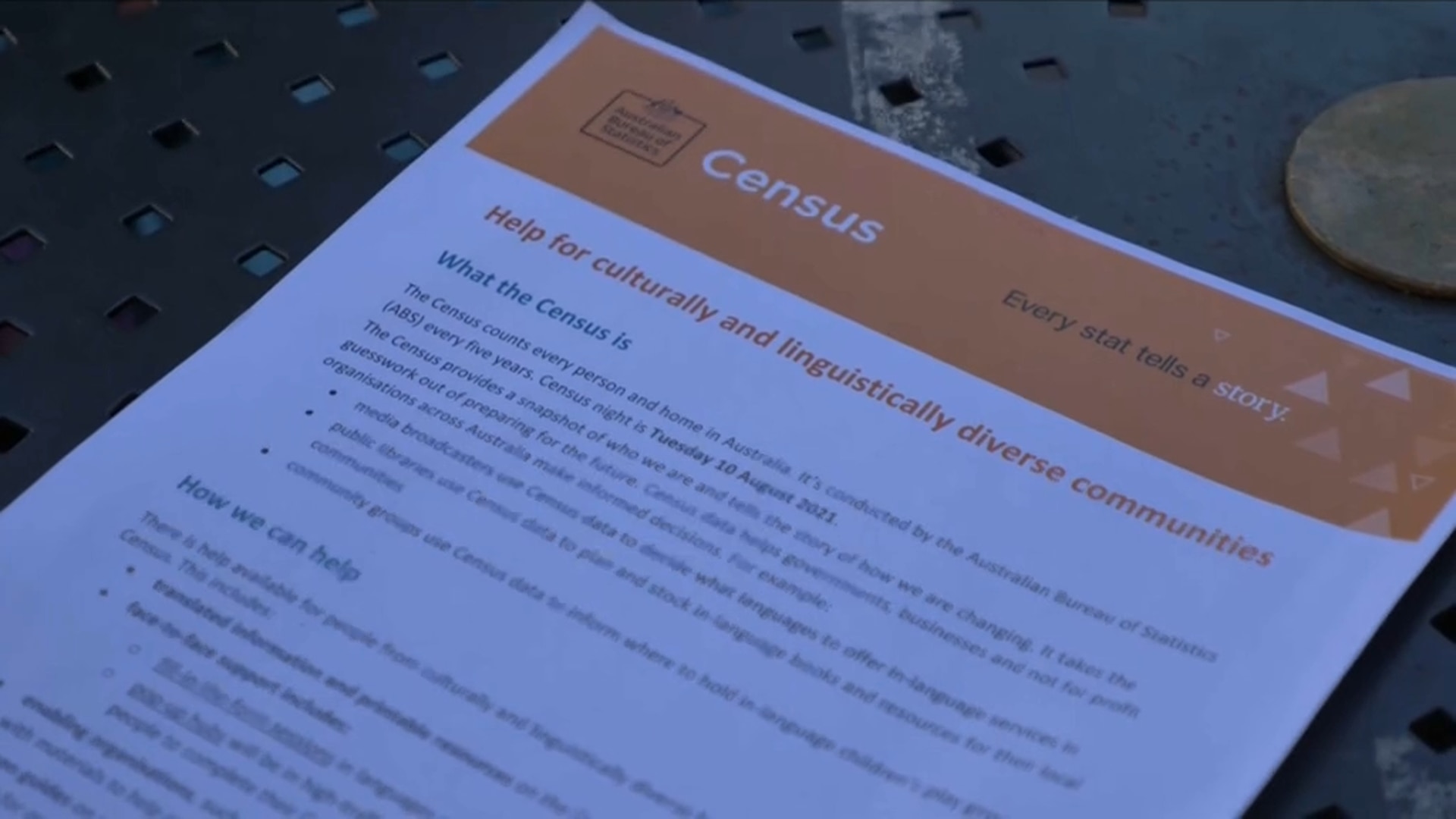 Census staff will be working with the community sector.
SBS News

One of those hubs will be the Multicultural Communities Council Gold Coast, run by Rosalia Vearing.

She says having staff who already know the community and can speak the languages “would be absolutely beneficial”.

On this day in 1896, the first Olympic Games was held in Athens, Greece after being banned 1,500 years previously. Here are the top suburbs in each state/territory for Greek ancestry 🇬🇷 pic.twitter.com/L246mdAgJL

Ms Vearing says her team is keen to work with ABS staff to get the best outcome.

“The Census really is here to help build an understanding of our local communities. We are looking at building their confidence in sharing their information around the Census and letting them know that it is confidential."

Another community leader, Vicky Rose, who runs the Nerang Neighbourhood Centre on the Gold Coast, also welcomed the renewed push.

Working with some of the most vulnerable people in South East Queensland, she says she knows firsthand how much correct data can help change a community. Vicky Rose is the co-ordinator of the Nerang Neighbourhood Centre.
SBS News

“People don’t realise what it means to be counted.” 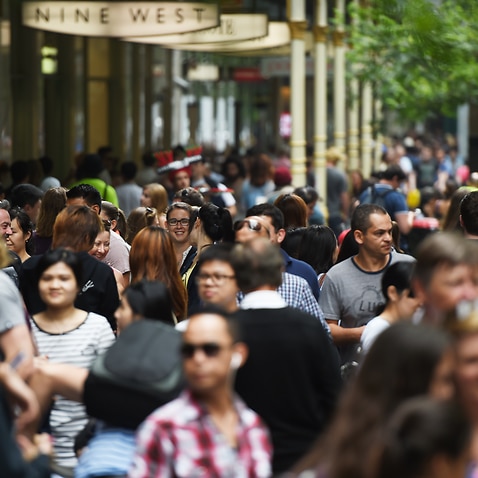 Ms Rose wants more people to understand that information from the Census helps non-profit organisations like hers, as well as businesses and governments, to make informed decisions about what services are needed, and where.

Census data is also used by local libraries to understand what languages are spoken in the community, as well as supermarkets to help them stock products their residents might like. Census data also helps inform things like where to hold in-language playgroups too, and even local sports clubs use Census data to create inclusive programs.

For Census engagement manager Ms Selsby, who will also be completing the Census for the first time this year, she says the benefits are unlimited, and she is determined that communities like hers reap the rewards.

But for that to happen, she has this message: “If you want a voice, you need to complete the Census".

Find out more about the Census at abs.gov.au/census