Thousands of people have already backed a push to have koalas relocated to New Zealand in the wake of the devastating bushfires.

So disenchanted with raging bushfires sweeping across Australia, some people are turning to the far-fetched possibility of shipping one of our most loved animals introduced to New Zealand.

A group calling itself the ‘Koala Relocation Society’ has launched an online petition to have the cuddly creatures sent across the Tasman following Australia’s horrific bushfire season.

The World Wildlife Fund estimates around 1.25 billion animals have already perished in the perilous conditions, with thousands of koalas, kangaroos and other native species among those killed. 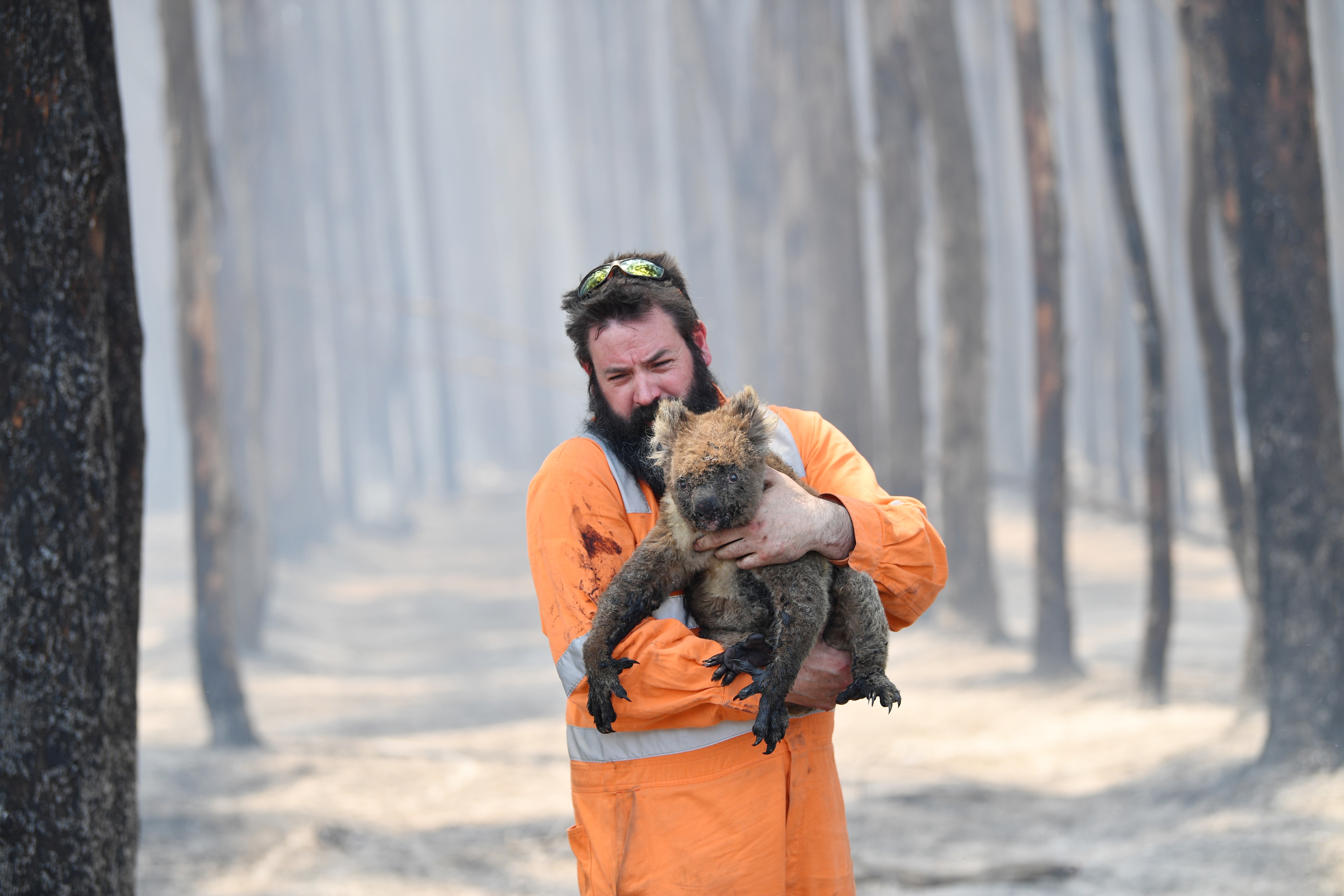 Wildlife rescuer Simon Adamczyk is seen with a koala rescued at a burning forest near Cape Borda on Kangaroo Island, southwest of Adelaide.
AAP

More than 10 million hectares of land and fragile habitat has been lost as a result of the bushfires.

That's prompted serious action from some, with a change.org petition now calling for urgent action, arguing New Zealand’s ecosystem is ideal for ensuring the long-term survival of the koala. “Koalas are functionally extinct in Australia, and could thrive in New Zealand, as many other Australasian species do,” the campaign statement reads.

“New Zealand has 28,575 hectares planted in eucalypts, most [are] located in the Central North Island, and are similar to much older forests from Australia, as they grow fast here.” Almost 7,000 people have already lent their support to the push, with some New Zealanders even strongly backing the push.

“Keep them alive. Would be cool to have them here too,” one Napier resident said.

“Bring over kangaroos too.”

The Queensland government has developed a draft strategy that identifies more than 570,000 hectares where land clearing could be limited in order to protect the state’s koala habitat. "Particularly as recent bushfires have had a devastating effect on the koala population with animals killed or badly injured, it's never been a more pertinent time to act," Queensland Premier Annastacia Palaszczuk said last month.