Health practitioners face up to 18 months in jail if found guilty of using LGBTIQ+ conversion practices.

Queensland has become the first state in Australia to criminalise gay conversion therapy after state politicians voted on Thursday to make the practice illegal.

Under the new law, healthcare professionals could face up to 18 months in jail for attempting to change or suppress a person's sexual orientation or gender identity using practices such as aversion therapy, hypnotherapy and psychoanalysis.

"Being LGBTIQ is not an affliction or disease that requires medical treatment," Mr Miles said.

"No treatment or practice can change a person's sexual attraction or experience of gender." Doctors, counsellors and psychologists who perform conversion therapy could face up to 12 months imprisonment, or 18 months if the victim is a minor.

"The ban sends a clear message to Queenslanders that conversion therapy is harmful in all contexts," said Peter Black, president of the Queensland Council for LGBTI Health.

"It is important that there are penalties for this dangerous and discredited practice," Mr Black told the Thomson Reuters Foundation. Moves around the world to outlaw the practice, which involves attempting to change a person's sexual orientation or gender identity, have gathered pace in recent months.

In July, Israel took the first step towards an outright ban, with a bill passing the first stage of the parliamentary process. 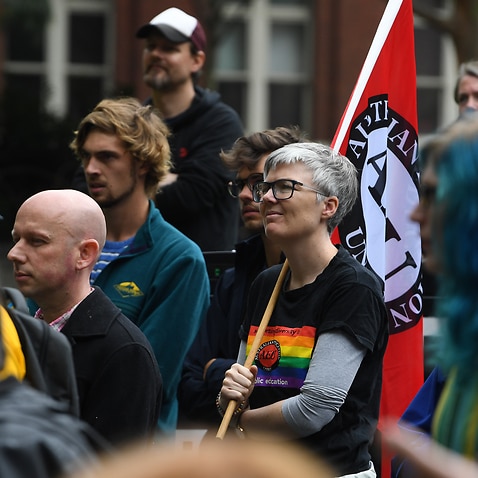 In 2018, a report by La Trobe University and the Human Rights Law Centre found conversion therapy is "pervasive" in Australian faith communities, with at least 10 organisations offering the practice in Australia and New Zealand.

Victoria and the Australian Capital Territory have also committed to banning conversion therapy.

On Thursday, the ACT introduced a bill to outlaw conversion therapy for minors, and last October, the Victorian government began public consultation on similar legislation.