The federal defence minister says there is no need for panic about the rollout of COVID-19 vaccines, as Australia is not in the same state of "mad panic" as the US and the UK to get it done.

He said no further community transmission was "fantastic news".

It comes after the state recorded zero new local cases on Sunday, with Health Minister Yvette D'Ath telling reporters that that was "really good news".

"With all those close contacts and all of the testing we've done ... we're seeing negative results coming back," she said.

"This is all part of our plan with the three-day lockdown to sure that we can get enough people out there tested, identify the close contacts and get them into quarantine to keep everyone safe.

"This meant that we can open up our economy, we can enjoy Easter and it is wonderful to see that our tourism operators are recording record numbers."

Ms D'Ath said the state was investigating ways to limit the number of hospitals in Brisbane treating positive cases after two clusters were independently linked to the city's Princess Alexandra Hospital staff.

Though the infections were not caused by breaches in infection control, the health minister said she was looking at a single, dedicated area to treat positive cases, potentially at The Royal Brisbane and Women's Hospital.

"We believe that will reduce the risk and help with our resources ... and making sure it's only health workers who are vaccinated also working with the staff." Senior federal minister Peter Dutton said he hopes such lockdowns and border closures are a thing of the past.

"It is incredibly disruptive and it makes it very difficult for people to be able to plan," Mr Dutton told the Sky News's Sunday Agenda program.

"We want jobs growing, we don't want that diminishing, we want to make sure that's people's businesses are viable, particularly over the coming months and the closure of borders in a knee-jerk way doesn't help that."

States urged to 'get involved' in vaccine rollout

It comes as questions continue to be asked about Australia's slower than expected vaccine rollout.

Mr Dutton concedes there will be hiccups with the national COVID-19 vaccine rollout from time to time, but says Australia is not in the same state of "mad panic" as the US and the UK to get it done.

He says thousands of people are still becoming infected with the virus and dying in the UK and the US, so there is an urgency to get vaccinated.

"We haven't lived in that environment, we don't want to," he said. 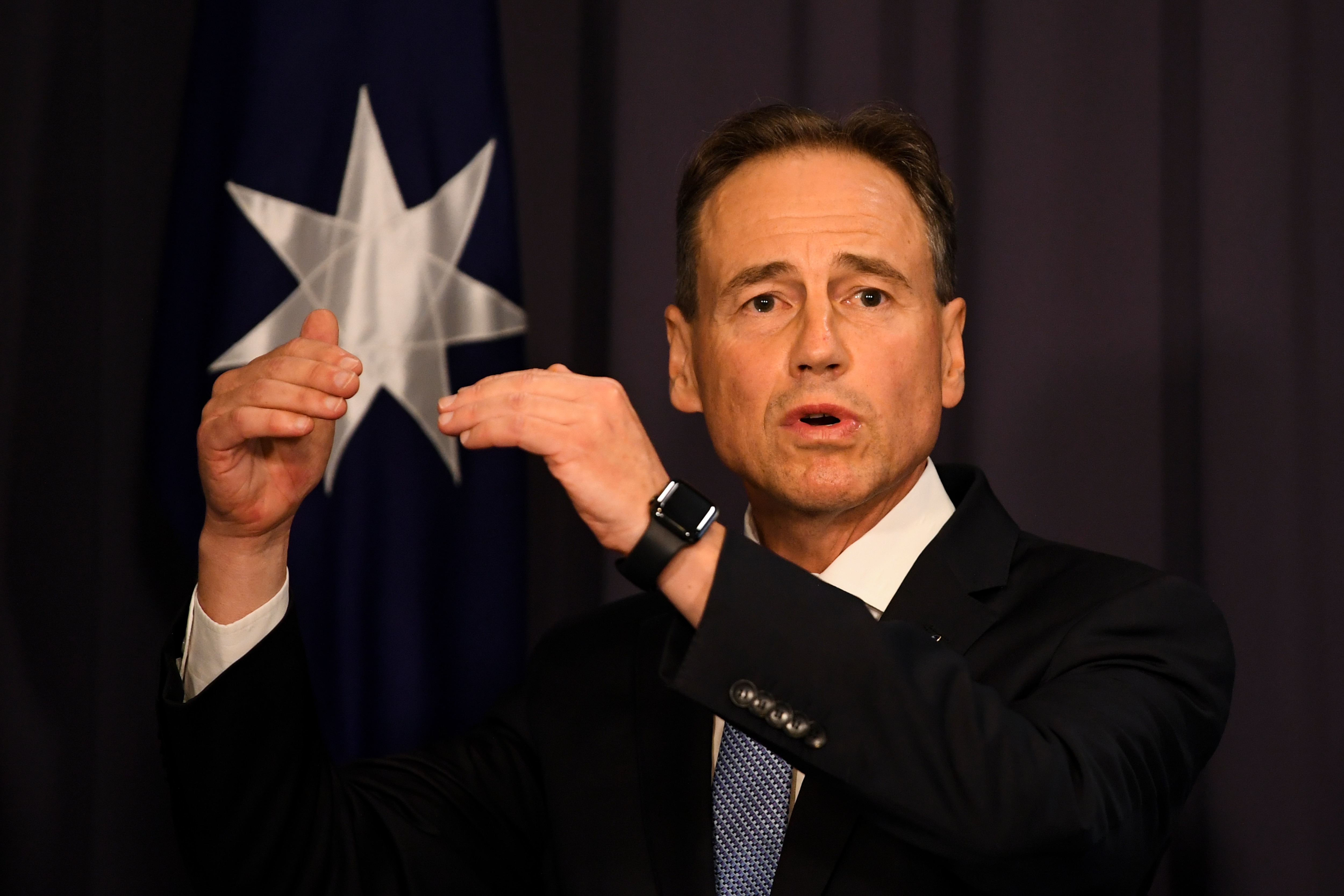 Federal Health Minister Greg Hunt is confident that as the domestic supply of the AstraZeneca vaccine from CSL ramps up, so will the number of inoculations against COVID-19.

On Monday last week, more than 55,000 people were being vaccinated daily, but by Thursday this had increased to a daily rate of more than 79,000, bringing the national total to 841,855 overall, he said on Sunday.

"As we see, supply determines the rollout, and as the CSL supply has come on board, we have been able to rapidly accelerate the rollout," Mr Hunt told reporters in Melbourne.

"Given the great and enormous global competition, the fact we have this domestic supply is fundamental."

NSW is ramping up its rollout with the opening of 36 new vaccine clinics in the next week, after already opening 79 clinics at its health services, a spokesperson for NSW Health said on Sunday.

"NSW Health has been preparing for a large-scale vaccine rollout, subject to the federal government accepting help and vaccine supply," the spokesperson said.

Prime Minister Scott Morrison has agreed to let NSW help deliver the vaccine in the state, after NSW Premier Gladys Berejiklian wrote to him on Wednesday evening requesting the green light to increase the state's role in the COVID-19 vaccination program.

Ms Berejiklian said on Saturday that NSW would help administer phases one and two of the federally managed vaccination scheme in the state.

The move follows frustration among the states about the sluggish Commonwealth-managed rollout, for which they have felt unfairly blamed.

"I would like to see other states and territories get involved," acting Chief Medical Officer Michael Kidd said on Saturday.

Four million Australians were due to have jabs by the end of March, a target missed by more than 3.3 million.

Meanwhile, the AstraZeneca vaccine, which many of those Australians who've been vaccinated have received, has been under scrutiny since a Melbourne man was admitted to hospital with a rare blood clotting disorder.

The man received the AstraZeneca jab on 22 March and is the first Australian known to have developed the illness, which has presented in small numbers of vaccinated people in the United Kingdom and Europe. Professor Kidd emphasised that the risk of severe illness and death from COVID-19 in the largely unvaccinated Australian population was a "far greater" risk than the "extremely rare" blood clot disorder.

The Therapeutic Goods Administration and Australian Technical Advisory Group on Immunisation have been advising the government's central medical advisory body throughout the Easter weekend with input from UK and European counterparts.

Prof Kidd said an initial TGA review had found it was "likely" that the blood clot disorder was linked to the man's AstraZeneca vaccination.