A so-called 'secret report' on refugee settlement in Australia, which was sat on by the Federal government since February, has now been released.

A long-awaited report into refugee settlement in Australia has urged the Federal government to take up reforms to deliver better outcomes for humanitarian migrants.

The review, led by former top bureaucrat Peter Shergold, had been kept under wraps by the Morrison government since February despite a number of Freedom of Information requests.

Now released, it includes calls to implement a "strong positive narrative” around refugees to support their social and economic integration. 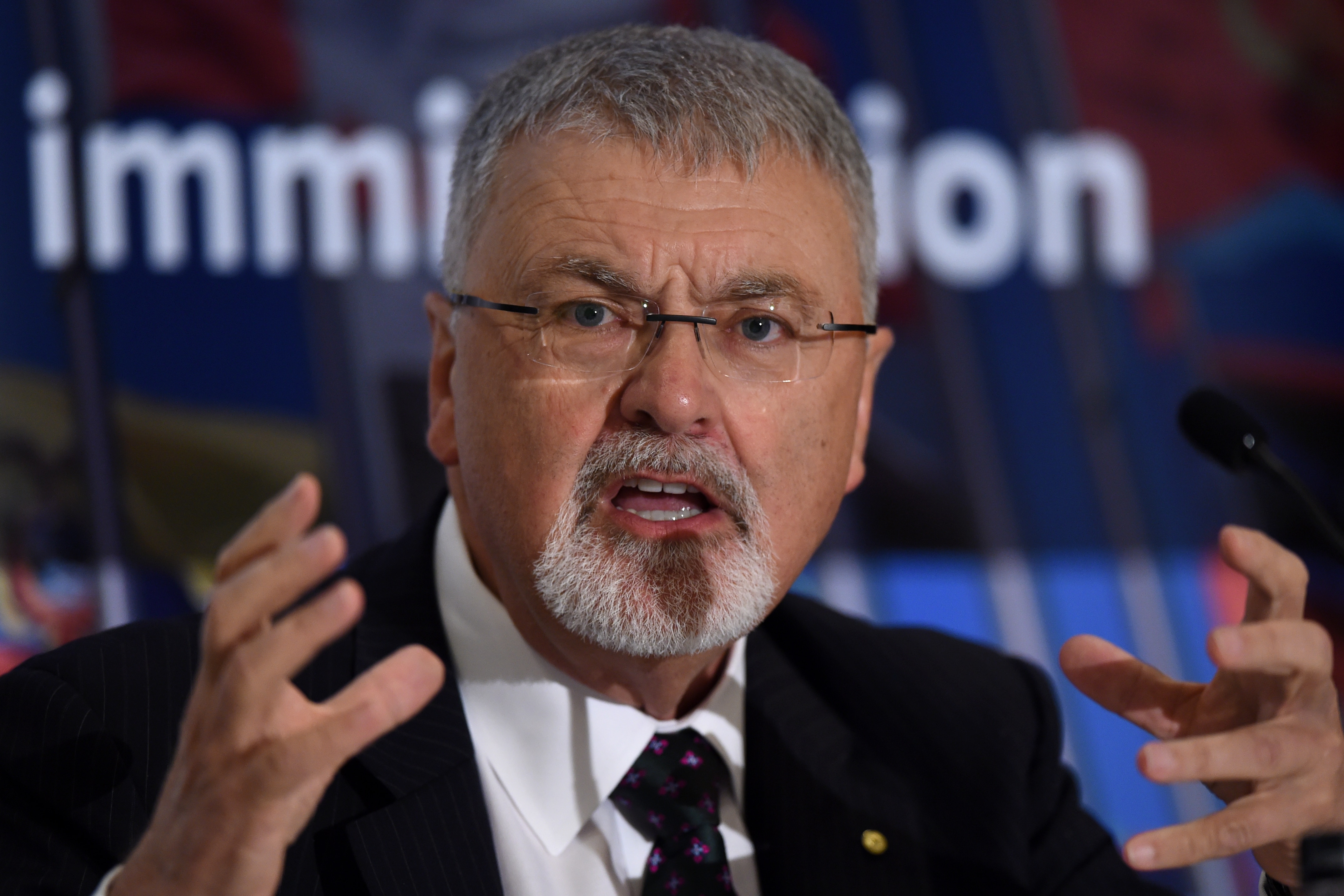 Professor Peter Shergold - now Chancellor of Western Sydney University - is a former secretary of the the Department of Prime Minister and Cabinet.
AAP

The report also urges the Federal government to recognise the importance of the "good health” of refugees and their adequate access to services being vital to settlement.

Immigration Minister David Coleman said the reforms would ensure refugees have the “best possible” chance to make their way in Australia.

“Successful settlement is in the interests not only of the refugees themselves but also the broader Australian community,” he said. The Federal government accepted fully or in part all seven recommendations made in the review, which was commissioned late last year.

These relate to better preparing the interplay of services to support refugees confronting the list of challenges that come with settling into life in Australia. 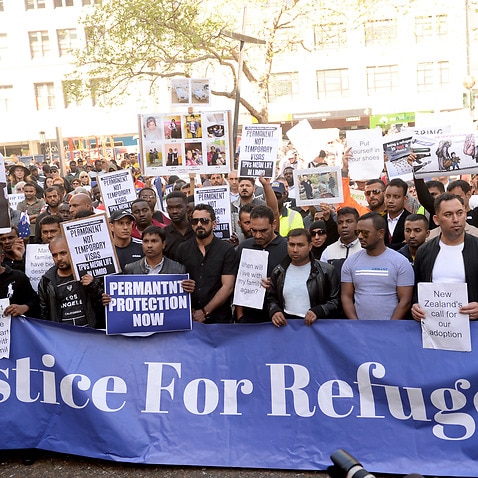 'Transition into the community'

Prime Minister Scott Morrison pledged to cap the refugee intake at 18,750 people each year once in government, during the last election campaign.

Most refugees who come to Australia rely on some kind of help to find their way in a new country, which is why the Shergold review is so important.

This assistance could range from needing help finding a job, accommodation, obtaining Medicare, learning English or getting access to welfare payments. Labor increases pressure on government over secret report on refugees

But a stronger bringing together of refugee services is needed to see end-to-end-service delivery managed in a way that better supports their outcomes, according to the Shergold review.

This includes advocating for cooperation between adult migrant English programs and employment services for refugees alongside humanitarian settlement services in a “single social services program”.

It also urges the Federal government to recognise “good health” as vital to economic participation and ensure refugees have access to properly funded health care and (as necessary) torture and trauma counselling.

The Australian government agreed to support the recommendations “in part”, backing their intention through initiatives of its own.

But it did not explicitly commit to the “single social services” program model. Mr Shergold – now chancellor of Western Sydney University - served as secretary of the Department of Prime Minister and Cabinet in the 2000s.

His review is lobbying for the addition of “three complimentary” visa pathways for refugees based on a "shared cost model".

This includes pushing for a place-based community-sponsored visa pathway similar to that which has gained fame for having success in Canada. The other pathways are an employer-sponsored visa, offering to give immediate employment opportunities to skilled refugees.

There is also a university-sponsored visa providing post-graduate places to academically qualified refugees.

The Australian government again “in part” supportive of the measures.

It cited its community sponsorship pathway already in place called the Community Support Program and has committed to reviewing this next year.

The Federal government has also pledged to “continue to examine” ways to involve communities and businesses in the settlement of refugees.

This includes through establishing a "small trial" to bring in skilled refugees within the existing skilled visa framework.

Bringing the Community Together

The “goodwill” of Australians needs to be harnessed to fulfill the potential of people open to supporting refugees, according to the review.

This includes through using grant funding to support local community efforts and the development of “digital approaches” to connect refugees in need of support with other Australians willing to provide it.

The Federal government is supportive of the measure.

It is promising to utilise this sentiment by better connecting refugees with volunteer and community groups.

“These efforts are already supported through a range of initiatives,” it said in a statement.

“The Australian government recognises the important role communities can play.” The review is also pushing for more action to assist regional communities to develop locally-led approaches to attracting and retaining refugees.

The Federal government says the proportion of humanitarian migrants settling in regional areas is expected to exceed 40 per cent in 2019-20. It is aiming to increase the number settling outside Sydney, Melbourne and Brisbane to 50 per cent by 2022.

“The Australian government is committed to continuing to increase the proportion of refugees and humanitarian entrants that settle in regional areas."

Establishing a ‘centre of gravity’ for refugees

The appointment of a Commonwealth Coordinator-General for Migrant Services to lead these reforms within the Department of Home Affairs is another recommendation.

Its findings stated this position must convey a “strong public narrative” around refugees and improve the social and economic integration of their settlement.

The position would create a “centre of gravity” for refugees and aim to improve the way all levels of government and communities work together.

From 1 December, the Federal government will appoint someone in the position.

“We want to ensure all refugees and humanitarian entrants have the best possible opportunity to settle into Australian life, gain employment and contribute to their new communities,” Mr Coleman said.

The review is also calling for a “results-based performance regime” across these reforms to measure their success and ensure accountability.

The review’s seven recommendations include: