Australia’s most populous cities could be hit by heatwaves of up to 50 degrees by the year 2050 even if the world succeeds in limiting global warming to two degrees above pre-industrial levels, climate scientists have warned.

Under the Paris climate agreement 166 countries, including Australia, pledged to stop global average temperatures rising more than two degrees over the levels before the Industrial Revolution.

But the researchers warn a global rise of two degrees on average could see the hottest Australian days get 3.8 degrees hotter than current records. 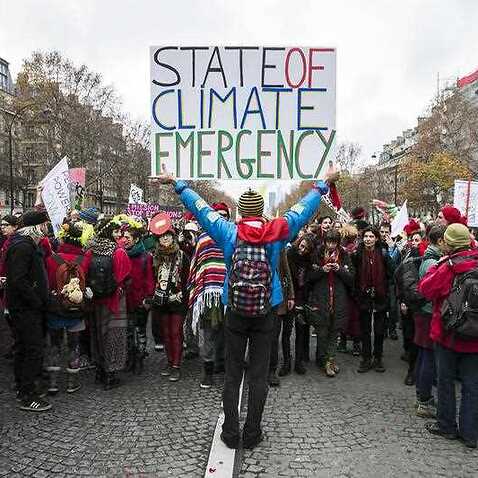 ANU co-author Dr Sophie Lewis said a certain amount of global warming was already “locked in”, and Australia would need to take steps to prepare.

“If we have the globe warming by 1.5 degrees we’re going to get very extremely hot days in Australia and they do have very serious consequences,” Dr Lewis said.

“We’re going to end up where we really have to be prepared and have alert systems for those hot days, just as people do in North America or Europe in terms of blizzards.”

She said the hotter temperatures would take a toll on human health, infrastructure and delicate ecosystems like the Great Barrier Reef. Heatwaves would be more intense and longer-lasting, she said.

Schoolkids would likely need to stay home on more hot days, and adult workers may also find the heat preventing them from working more frequently.

The study was published in 'Geophysical Research Letters' by researchers from the Australian National University and the University of Melbourne.

Dr Lewis said 50-degree heatwaves for the major cities could come between the year 2040 and 2050, depending on the rate of global carbon dioxide emissions.

“We’ll only be ready for those if we take that  seriously and start planning for them now, just like we would for bushfires.”

Dr Lewis said the exact amount of global warming would make a big difference to maximum temperatures. The difference between 1.5 degrees and two degrees might sound insubstantial but would cross various environmental thresholds, she said. Margaret Atwood celebrates 'The Handmaid's Tale' as a protest symbol