Teachers and parents are calling for urgent clarification on how schools will operate during the pandemic. 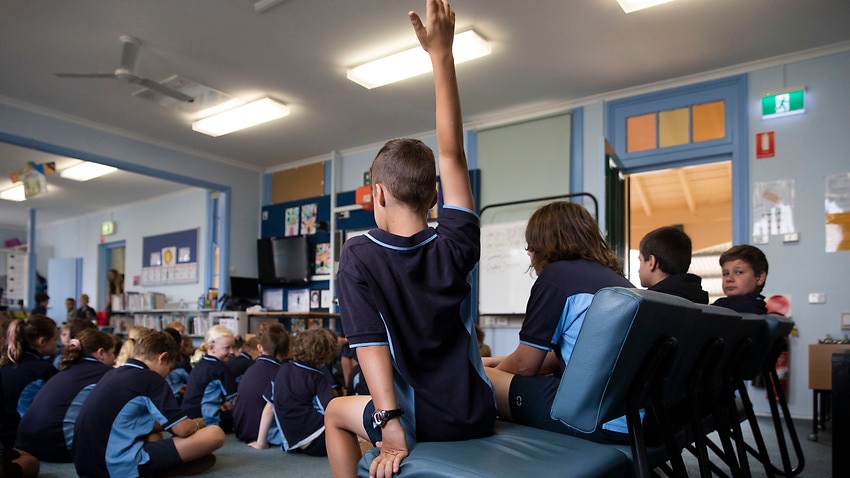 Schools in Victoria will be closed from Tuesday. Source: AAP

Different approaches to school closures from the Federal Government and states have sparked confusion and anger among teachers and parents.

Tasmanian Premier Peter Gutwein on Monday said public schools would remain open "for the time being", but said parents who wished to keep their children home could do so from Wednesday onwards.

"If you decide to take them out of the school, look after them. Be responsible for them," he said.

The premiers' statements are in stark contrast to Prime Minister Scott Morrison who on Sunday insisted parents should send their kids to school.

"I don’t want to see our children lose an entire year of their education. That’s what we’re talking about here,” he said.

However, he said it was up to states to decide whether or not to shut down schools.

The NSW Teachers Federation called for urgent clarification on the situation for teachers in the face of the conflicting advice.

“The government has an obligation to instruct those people to work from home or in some alternative setting that is safe. They are doing that for every other government department, why aren't they doing it for schools?" NSW Teachers Federation president Angelo Gavrielatos said.

He also noted that it was impossible for teachers to impose strict social distancing rules in crowded classrooms.

Senior lecturer in health communications at the University of Sydney Claire Hooker said much of the confusion on school closures has been due to poor communication.

“I would say that all of the difficulties around school closures and the reason this has become a controversial and divisive issue can be laid squarely at the door of having appalling communications about school closures from federal and state governments,” she told SBS News.

She said that federal and state governments had failed to establish trust with key stakeholder groups such as teachers and that it was difficult to regain that trust once lost.

“Good communication relies on trust. No one talked to teachers, no one worked from the basis of talking to them about conditions in the school. It was an utter violation of good communication and trust,” she said.

Professor Hooker also said we should be following the example of countries such as Singapore which had been implementing best practice communication strategies.

“The mixed messages from the Federal Government lay in the terrible rationale for why schools remain open. It was not well explained as a rationale and severe inconsistences in the rationale were echoed by the states in the middle of last week,” Professor Hooker said.

"Parents, teachers and children are now utterly confused as to whose interests the schools open decision is actually being made in. This is a debacle," one dad from Sydney said on Twitter.

"Can a medical professional please confirm if children can spread the virus? It seems a very critical input into the schools debate," another user said.

NSW has stressed that schools will remain open for working parents who have no option to keep children home.

She said about one third of parents were already choosing to keep their children at home from school and that online learning options would be available for all students.

The NSW education minister Sarah Mitchell also said that teachers with pre-existing health conditions which put them at a higher risk could teach from home via online learning.