Temporary visa holders who’ve been stranded offshore for 18 months are pleading with the government to allow them to re-enter the country if they're fully vaccinated. But the Prime Minister says travel for Australians is “the priority”.

With three of her closest friends, Lara arrived in Australia in March 2019 to work and experience the adventure of a “lifetime”.

But a year later, when COVID-19 arrived on Australian shores, she was fielding calls every day from concerned family members back home in Argentina.

“They were very afraid of the situation because they didn’t know what would happen,” she told The Feed.

At the beginning of the pandemic, temporary visa holders like Lara - who held a working holiday visa - were ineligible for financial support.

Restrictions first came into place in March 2020 - with the NSW government ordering non-essential businesses to close temporarily at the end of the month. Then came the closure of Australia’s border. 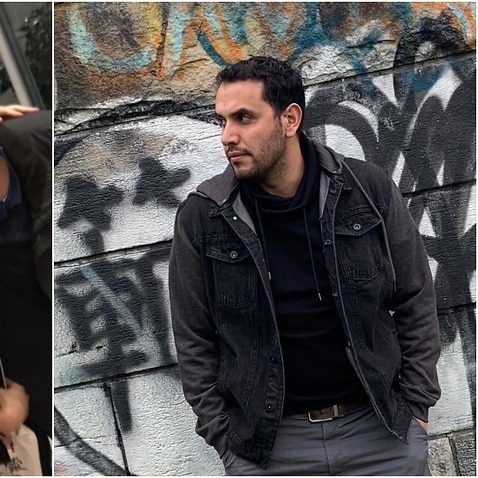 The following month, Prime Minister Scott Morrison told visitor visa holders and international students to return to their home countries as the virus continued to spread.

“If you are a visitor in this country, it's time to make your way home,” Mr Morrison said.

"Australia must focus on its citizens and its residents to ensure that we can maximise the economic supports that we have.”

Lara had already completed farm work requirements and paid hundreds of dollars to apply for the second year of her visa - but the atmosphere of uncertainty prompted her to book a flight home.

“I returned to Argentina at the end of March and since then I haven’t gotten an answer from the government about if my visa has been approved or when I can return,” she said. Two of Lara's friends have been granted their second working holiday visas but are waiting for borders to re-open for temporary visa holders.
Supplied
Two of Lara’s friends had already gotten the second year of their visa approved when they returned to Argentina. Today, they are still waiting to hear news about when they can return.

“I think that if you are fully vaccinated, you should have the same rights as Australians and be able to re-enter the country once your visa is approved,” Lara said.

Lara is currently working long hours and juggling two jobs in Argentina. She's hoping to return to Australia once the borders reopen.

“When I first arrived, I was planning on staying in Australia for a long time. For as long as I could.”

Last week, Prime Minister Scott Morrison announced that most fully vaccinated Australians and permanent residents would be able to travel internationally in November once states and territories hit 80 per cent double doses.

He said next on the list would be skilled migrants, followed by international students and then international visitors - but not until next year.

Prime Minister @ScottMorrisonMP says international tourists will remain to be banned from visiting Australia until 2022. pic.twitter.com/2BxjNnO4jB

The Feed asked the Minister for Immigration to clarify where working holiday visa holders fit into this timeline but we did not receive a response in time for publishing.

In a statement to The Feed, a spokesperson for the Department of Home Affairs said on Monday: "foreign nationals, including temporary visa holders, continue to require a travel exemption to enter Australia, unless they are in an exempt category."

This means foreign nationals are currently able to leave Australia but they are barred from re-entering without an exemption.

The spokesperson said: "further information on travel and entry requirements for foreign nationals, including temporary visa holders, will be available as we progress through the four phases of the National Plan to transition Australia’s National COVID-19 Response.” 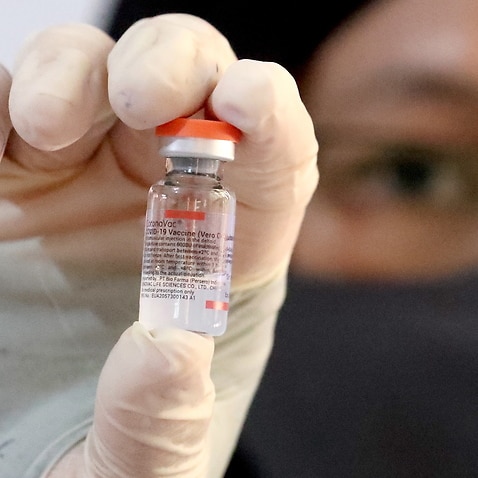 Like Lara, Nevilson - who was on a skilled graduate visa - has been waiting 18 months to travel to Australia.

After his visa was granted, Nevilson had planned to enter the country but a medical emergency stopped him in his tracks.

“My father had a heart attack in India... and I got stuck there,” he told The Feed.

After Australia's borders shut last March, Nevilson had no option but to stay in India. Since then, his visa has expired.

He said in April, he was granted a six-month extension for his visa. Once that expired, he said he received no update from the government about whether it’ll be reinstated or if he will get an extension.

“It's very hard and depressing, we don't know what will be our future now,” he said.

“Other countries like Canada gave extensions to temporary visa holders.”

Nevilson is fully vaccinated and hoping for a compassionate decision from the government when it comes to his visa.

“I feel that [the travel policy] is discriminatory because they're making a distinction between fully vaccinated citizens and temporary visa holders,” he said.

“It’s unfair because citizens and permanent residents [will be able to] enter Australia without exemption.

“We contribute a lot to Australia's economy as students and skilled migrants.”

The Feed contacted the Minister for Immigration Alex Hawke for comment. He did not respond before deadline.