Sky News commentator Alan Jones has claimed “Sweden and Taiwan got it right” with their COVID-19 response. But experts say the two country’s approaches are not comparable and that Sweden has had considerably more deaths than Australia.

On his Sky News program on Tuesday, Jones claimed Adam Creighton, a journalist at The Australian, and himself had been “virtually one voice since this all began.”

He was talking about the lockdowns in the context of their economic impact, running graphics on the screen that said ‘Lockdowns pushing businesses to brink’ and ‘Govt ignoring experts on lockdown'.

Jones said of his and Creighton’s stance: “We acknowledged the virus and we said we must look after the vulnerable and the elderly in the community."

“It’s clear now that Sweden and Taiwan got it right. Look after the vulnerable and elderly, practice good hygiene, and let the rest of us get on with our lives. And still today, 99 per cent of cases worldwide are mild,” he said.

Nigel McMillan, an infectious diseases expert at Griffith University, told The Feed it was a “pretty outrageous” claim.

“You're not really comparing the same sorts of things. Sweden has had 85,000 cases and about 5,800 deaths or so. We’ve had 450 deaths,” Professor McMillan said.

“If you just compare the numbers, Sweden’s had a lot more cases and a lot more deaths. In fact it’s had about 28 times the number of deaths on a population basis,” he added. 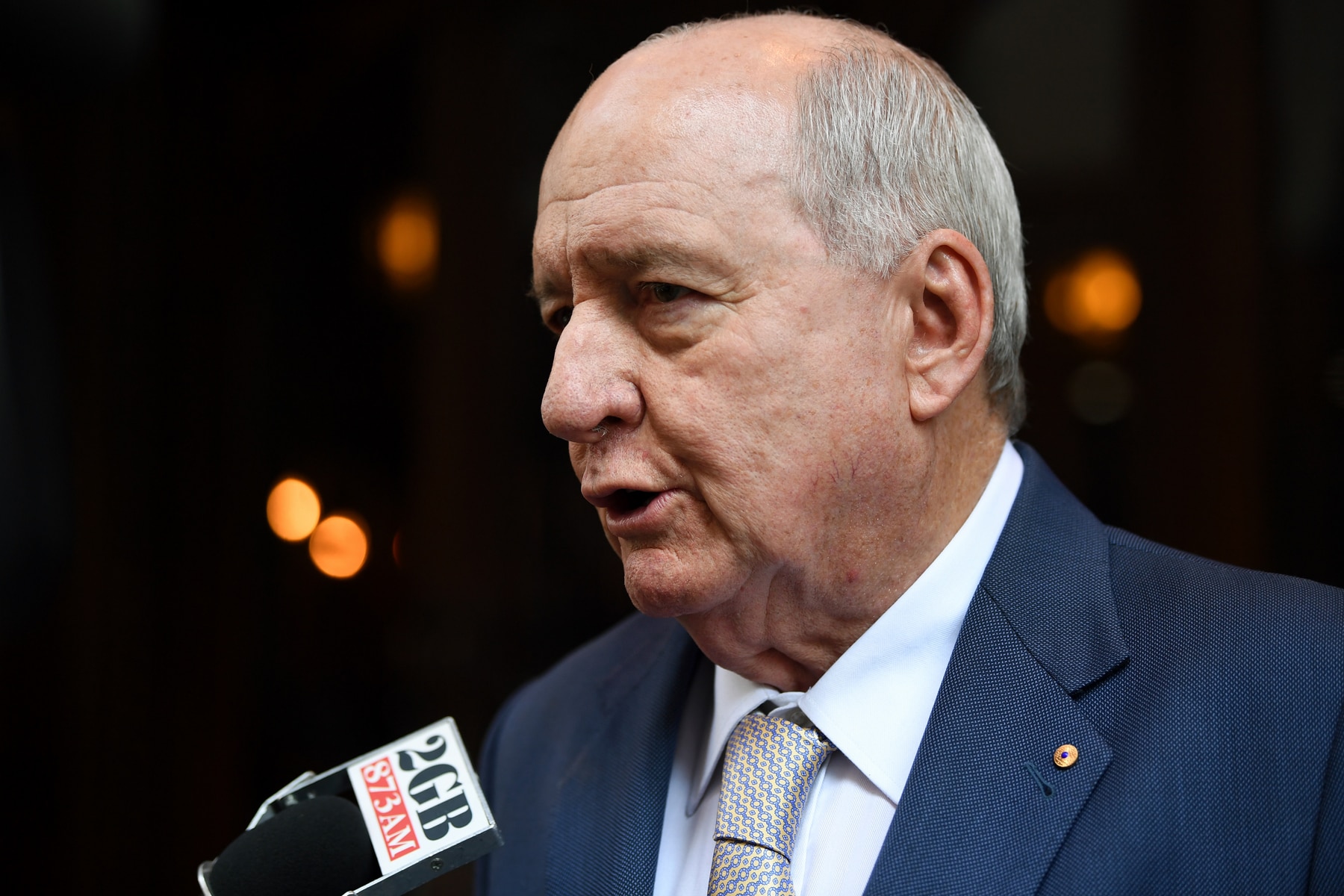 Jones also quoted two experts who suggested the reaction to COVID-19 has outweighed its severity.

“You’ll recall Professor John Ioannidis. A professor of medicine, epidemiology and population and health at Stanford University… He wrote: “If we had not known about a new virus out there, and had not checked individuals with PCR tests, the number of total deaths due to ‘influenza-like illness’ would not seem unusual this year,” Jones said.

“[And] just as Joel Kettner, a Professor of Community Health Sciences and Surgery at Manitoba University in Canada said: ‘I’ve seen pandemics, one every year. It is called influenza, and other respiratory illness viruses. I’ve never seen this reaction like this and I’m trying to understand why’,” he continued.

“The deaths from coronavirus worldwide are 770,000. But 60 million people die every year in the world,” he said. 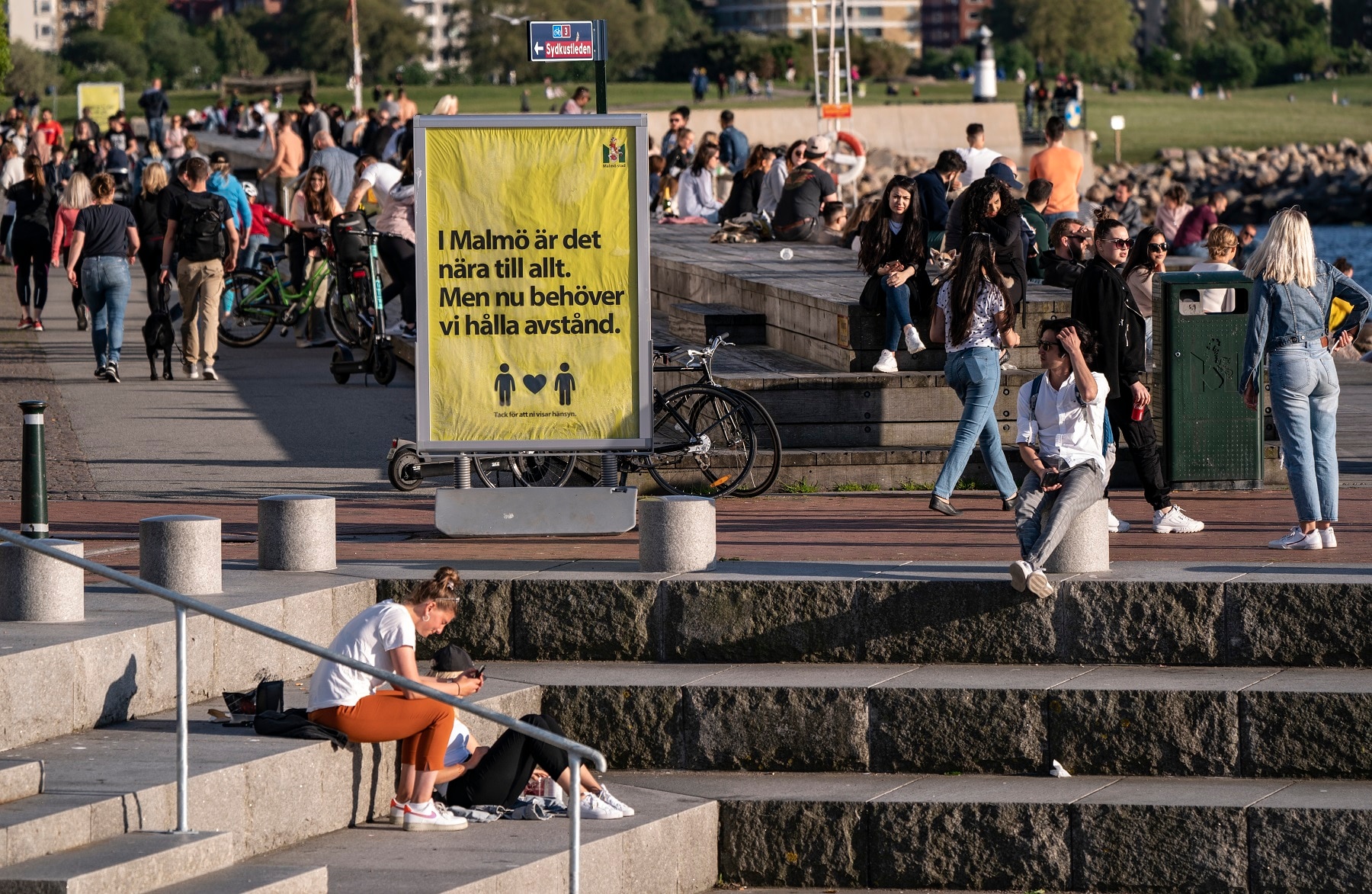 Dr Lesley Russell is an Adjunct Associate Professor at the Menzies Centre for Health Policy.

She told The Feed that analysing the impact of COVID-19 isn’t as simple as merely comparing its mortality rate with the causes of death on a global scale.

“One way of refuting that issue is to simply say ‘think of the healthcare costs’. In particular, the cost of ICUs, if efforts to control coronavirus had not been put in place,” Dr Russell said.

“It isn’t just the people who get really sick and either die or go through ICU or onto ventilators and survive,” she said.

“What we’re now seeing is that a lot of people who aren’t particularly sick have chronic long-term effects, particularly cardiac effects. That may mean we’re heading for a major burden of chronic illness going into the future.”

‘Sweden’s priority is its economy’

In the past, he’s claimed short-term lockdowns are not the best way to defeat the virus.

"Locking people up at home won't work in the longer term. Sooner or later people are going to go out anyway,” he said earlier this year. But experts say it’s untrue to claim Sweden’s approach was “to let it rip”.

While bars and restaurants could remain open, there were restrictions on how many people could be served. Schools were kept open for preschool and primary students but closed to seniors and international arrivals from outside Europe were banned.

After a Freedom of Information request gave Swedish journalists access to Tegnell’s emails it was revealed he’d appeared to have asked if a higher death rate for older people might be acceptable.

Professor McMillan said Sweden has opted to preserve its economy rather than prevent deaths in its elderly and vulnerable population.

“And so we would look at what’s going on with the GDP and that retracted by 8.6 per cent on the latest reports,” he told The Feed.

“But at its very rawest you are basically saying that we are counting our economy ahead of the lives of our grandmothers and grandfathers and old people,” he said.

“A lot of the economists are saying the deaths are inevitable and I just don’t buy that.”

Ethical issues aside, McMillan said herd immunity as a response to the virus “is dead in the water”.

He explained that’s because people who are naturally infected lose their immune responses after two months.

“This is what normal coronaviruses do, which is why we get the common cold from again and again,” he added.

Comparing Sweden and Taiwan’s COVID-19 responses is also misleading, according to Professor McMillan.

As of Wednesday, Taiwan had 486 total cases of COVID-19 and seven deaths --- substantially fewer than Sweden.

Professor McMillan said Taiwan had “such an excellent result” because the country acted early with public health messaging and engaged in the widespread wearing of masks.

In comparison, Tegnell has said the scientific evidence for mask-wearing to protect against the virus was “astonishingly weak”.

People wear face masks to protect against the spread of the coronavirus in Taipei, Taiwan.
AP

“Studies in the lab have shown that if both parties are wearing masks, they will reduce the ability to pass the virus on by about 80 per cent,” he told The Feed.

Has Sweden flattened the curve?

According to the most recent data, Sweden’s daily deaths are nearing zero and its cases of COVID-19 have declined.

But experts say while Sweden has not yet experienced a second wave of COVID-19, that’s not to say that it’ll be immune to a sudden surge in cases.

“The Swedish death rate has come down. At this point in time, they’ve managed to avoid a second wave but there’s no guarantee that will continue to be the case,”  Dr Russell said.

“It’s just so important that people listen to the experts and the experts are not necessarily people who have the loudest media voices,” she added.

“Yes, the experts must change their opinions in line with the science but that’s where the best advice is.”