The streaming service made a lengthy statement after a growing chorus of critics accused it of fostering misinformation, particularly in relation to its hit podcast “The Joe Rogan Experience”. 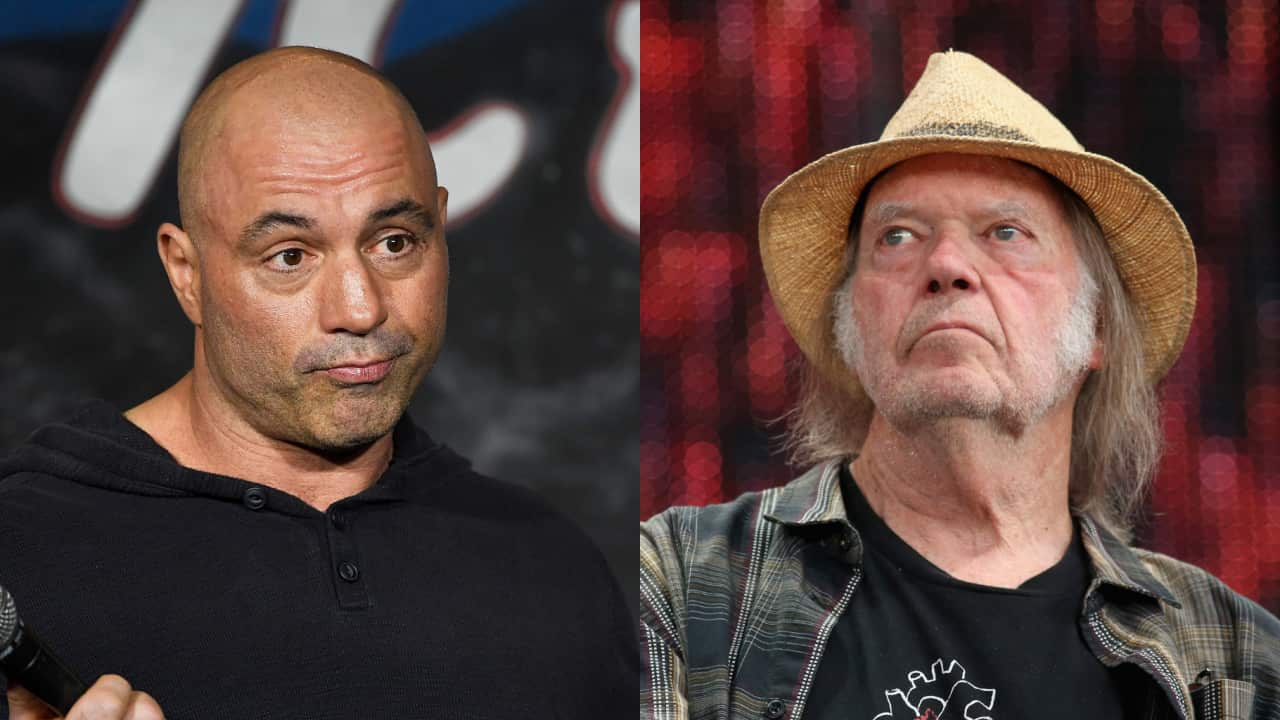 After mounting criticism from musicians, scientists and the public about assisting the spread of misinformation by streaming medically shunned episodes of the “Joe Rogan Experience”, Spotify has said it will add “content advisory” warnings on podcasts about COVID-19.

The lengthy response from Spotify chief executive Daniel Ek follows boycotts from artists Neil Young and Joni Mitchell, who demanded their music be removed from a platform they said facilitated the spread of misinformation.

“We know we have a critical role to play in supporting creator expression while balancing it with the safety of our users,” said Mr Ek in a
public letter
posted to the Spotify website on Sunday.

Advertisement
But, Mr Ek said, “it is important to me that we don’t take on the position of being content censor.”

READ MORE
Joe Rogan, the man behind Spotify’s most popular podcast, is blasted for misinformation … again

The platform said the new “content advisory” warnings would redirect users to a “COVID-19 hub” with facts and information from scientists, doctors, academics and public health authorities.

Notably, the letter did not mention controversial podcaster and media personality, Joe Rogan, who had ignited the
criticism of the platform in recent weeks.

"Spotify has become the home of life-threatening COVID misinformation," he wrote. "Lies being sold for money," Young said on his website in a second letter, stating that he refused to be on the same platform that supported Rogan. He later asked to be removed from Spotify.

Prince Harry and wife Meghan Markle also expressed concern about COVID-19 misinformation on Spotify amid the outcry over Rogan’s show.

Nevertheless, the pair – who signed a multi-year podcast partnership  with Spotify in 2020 – said they remain “committed to continuing our work” with Spotify while calling for “changes to its platform … to help address this public health crisis.”

Rogan is the host of “The Joe Rogan Experience”, which has been exclusively broadcast on Spotify since September 2020. It has been the most popular podcast on the platform for the past two years and the deal for exclusive rights is estimated to have cost Spotify $100 million - making it one of the largest licencing agreements in the podcast business.

Rogan is one of the most popular media personalities on the planet, with single episodes gathering a few million to tens of millions of views.

A recent episode featuring vaccine sceptic Dr Robert Malone led to hundreds of scientists and health professionals penning an open letter urging the platform to crack down on misinformation.

The podcast episode is still available for stream.

Rogan has faced backlash on numerous occasions for guests including conspiracy theorist Alex Jones, who said the massacre at Sandy Hook elementary school was a hoax, and far-right commentator Milo Yiannopoulous who was banned from entering Australia in 2019 for his comments after the Christchurch terror attack in March of that year.

Spotify, which had been widely criticised for not having a publicly available misinformation policy, also released its “long-standing” rules around dangerous, deceptive, sensitive and illegal content following calls from medical professionals and the public.

“We have had rules in place for many years but admittedly, we haven’t been transparent around the policies,” wrote Mr Ek.

Among them are rules barring “content that promotes dangerous false or dangerous deceptive medical information that may cause offline harm or poses a direct threat to public health,” which includes “promoting or suggesting that vaccines approved by local health authorities are designed to cause death.”