Artist Scott Marsh painted a mural of a burning NSW police car in Sydney suburb of Redfern over the weekend. The mural was painted over earlier today.

And earlier today, the artist took to Instagram to say that the mural was being painted over.

The artwork took Marsh two afternoons to finish. It was inspired after his work from a few weeks ago that had a burning New York Police department car sprayed with text ‘George’. A mural of a burning NYPD car with the words 'George' sprayed on the side.
Scott Marsh

Marsh told The Feed he wanted to replicate the art work but in an Australian context.

“To create a dialogue about the pain and frustration of Aboriginal people and racism/policing issues. It was a confronting image and for this reason I painted down a very small laneway so it was not in the public's face and needed to be found,” Marsh said.

Marsh spends the majority of his time in Redfern, and the inner-west of Sydney. It’s why he decided to situate the artwork in the suburb.

“I chose TJ Hickey's name as he was around the same age as me and I remember clearly when he died,” he said. 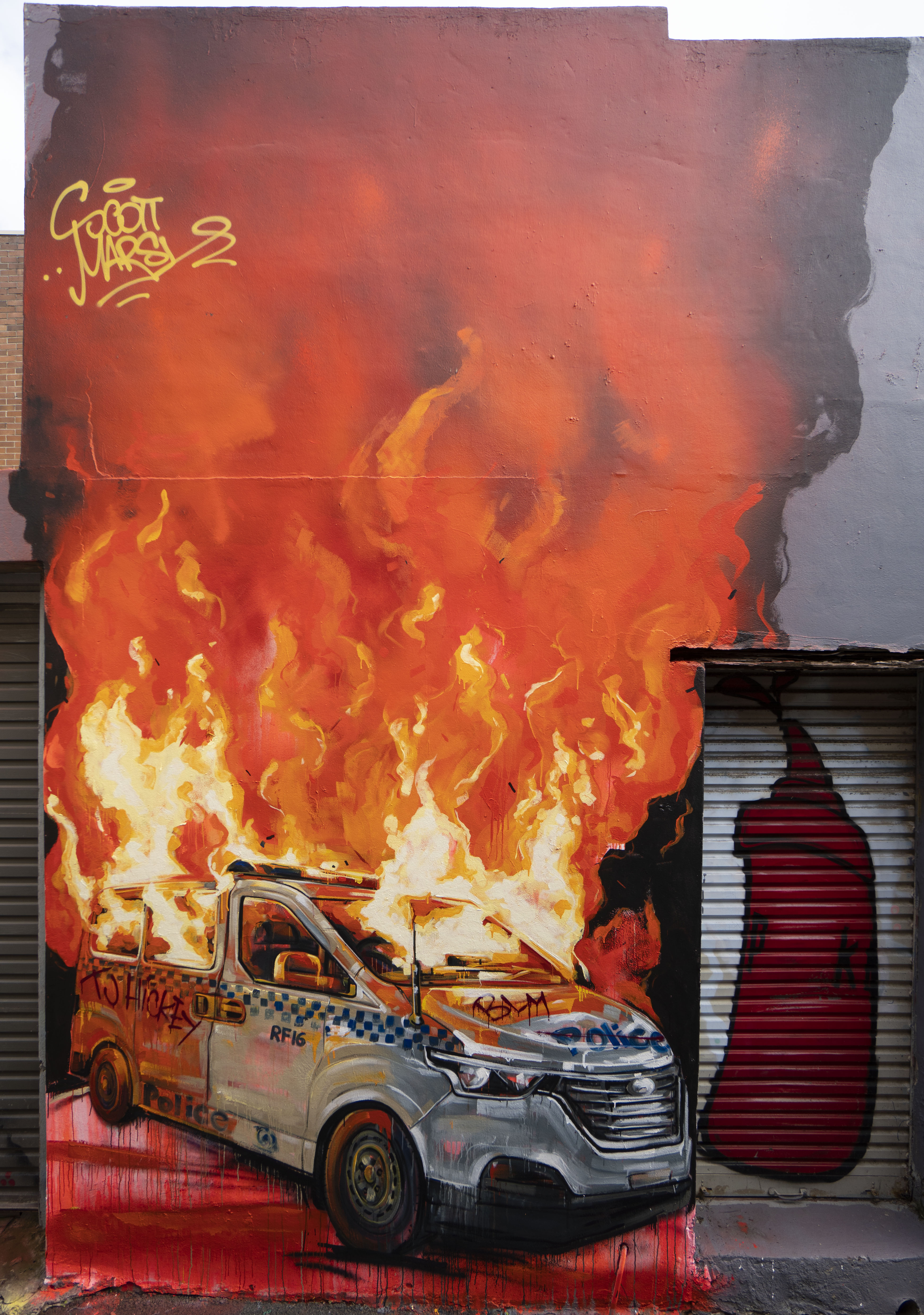 “Yesterday, South Sydney Police Area Command were made aware of an anti-police mural painted on a Redfern building after receiving several complaints from the community,” a NSW police spokesperson told The Feed.

“The mural is believed to have been painted over the weekend in Glover Lane. Police have spoken with the building owner and referred the matter to the local council.”

Marsh says he received permission from the owner of the building to paint on the wall. He says the owner was apologetic after the mural was painted over.

Marsh told The Feed, “The police were triggered by the image, the issue and they wanted to censor it”

“We are in big trouble as a society if police become the curators of our public art.”

Marsh is known for his political artwork. He criticised prime minister Scott Morrison in a mural entitled ‘Merry Crisis’ last year while Morrison was on holiday in Hawaii during the bushfires. 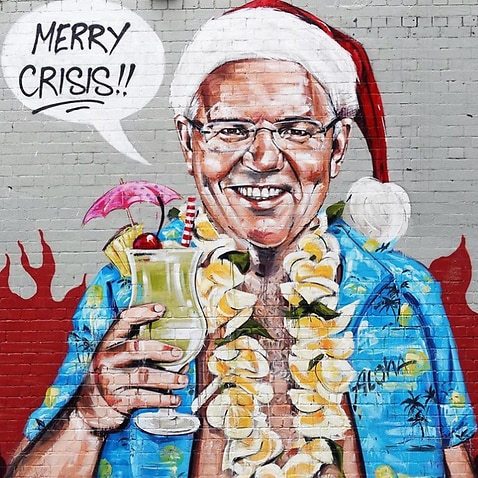