Plans to extend a coal mine in the Greater Blue Mountains World Heritage area are being met with fierce opposition from locals and environmental groups. But others argue it will bring back jobs to the struggling region.

Chris Jonkers, 67, has been exploring the swamps in the Newnes Plateau in the NSW Greater Blue Mountains for as long as he can remember.

“I just find them fascinating places to visit. [From] my earliest age, I remember going to those swamps and seeing the wildflowers,” he tells The Feed.

“They are the lifeblood of the landscape. They’re nature’s kitchen.” Chris and Juile Jonkers are concerned that the swamps are drying up and further mining could make things worse.
The Feed

Carne West was once one of his most treasured swamps.

“It was so dense with ferns that you couldn't walk through it. It was totally waterlogged - full of butterflies and dragonflies, endangered water skinks and wildflowers.”

But today, a defeated Mr Jonkers traverses through the guts of the swamp with ease. The water is gone, and along with it, the threatened species that rely on the habitat for survival.

“If you look around you now, you won't see any life at all,” he says.

“This swamp is probably 18,000 years old. It's gone through millions of droughts, hundreds of bushfires, but it's never dried out.  All of a sudden five years ago, mining came in underneath here and it has died.” Parts of the Carne West swamp have dried up completely.
The Feed

Mr Jonkers’ wife, Juile Favell, has been visiting the swamps with her husband for almost two decades.

“I dread coming here now. My eyes are just, they're always sad,” she says.

A mine ran directly underneath Carne West Swamp between March 2015 and October 2016 as part of Centennial Coal’s operations at its Springvale mine.

“A series of longwalls, one of which under-mined this swamp ...about 200 to 300 metres below us, took out coal seam, which resulted in all the ground above cracking,” Mr Jonkers explains.

“The water that was flowing down this creek is now gone down into that mine void and has been lost from the surface, probably forever.” Locals say mining projects have killed off parts of the Carne West swamp.
The Feed

Centennial Coal has admitted its mining operations have led to subsidence-related impacts on water levels at swamps in the Newnes Plateau.

“Centennial Coal was issued with a $1.45 million enforceable undertaking in 2011 for damaging three swamps. So they have a history of damaging swamps in the past,” Mr Jonkers says.

Now the company is seeking to undermine a series of other swamps in the area as part of a proposed extension of the Angus Place mine.

An NSW Department of Planning, Industry and Environment report describes it as “one of the most destructive mine layouts in NSW in recent times.”

It predicts the project will cause the direct loss of five swamps, the loss of endangered and vulnerable species, the complete loss of flow and aquatic habitat above the mine layout, as well as significant groundwater drawdown immediately outside and within the Greater Blue Mountains World Heritage Area. The proposal to reopen Angus Place is being met with fierce opposition from locals and environmental groups, but others in the community are touting it as a way to revive the local economy, which has been devastated by the dwindling coal industry.

“If it doesn’t go ahead, the town will dry out.”

The town of Lithgow, west of the Blue Mountains, once powered the nation with generations of locals earning a pay check in the mines. Mr McAndrew is the former National Vice President of the CFMEU. He is also a fourth-generation coal miner.

Operations at Angus Place ceased in 2015 when it went into care and maintenance. It followed the closure of a local power station that left hundreds unemployed.

“The economy now is nowhere near like it was before. Our unemployment rates are high and a lot of our businesses are struggling.” 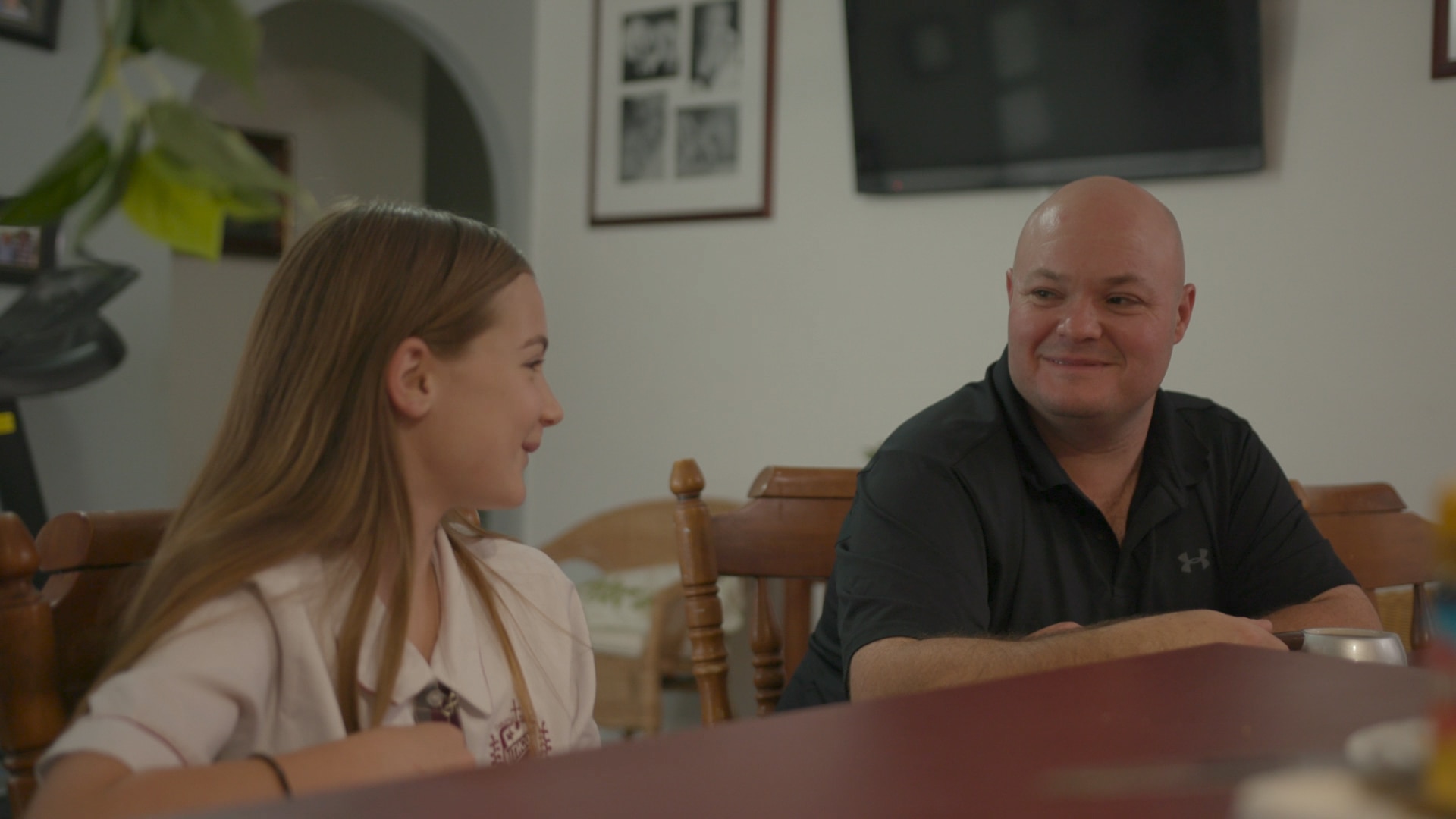 Craig Reid with one of his three children.
The Feed

Father of three, Craig Reid, was among those who lost their job when Angus Place went to care and maintenance. He had worked there for 10 years.

“I came straight home, jumped online and had a look for anything around the local area to see what was available and there wasn't anything, ” Mr Reid tells The Feed.

He says he had little choice but to take a job as FIFO worker in Queensland.

“I had eight hours of travel with planes, cars, buses and then straight into a 12-hour shift. It really takes it out of you.” But most difficult, he says, was being away from his family.

“In the last five years, I’ve hardly been around to see much at all.  It's very hard for the kids. I missed all the birthdays, you miss out on the funerals. It makes it very hard.”

Mr Reid says the revival of Angus Place would provide a much needed economic boost to the region.

“If it doesn’t go ahead, the town will dry out. There's nothing else that's going to keep it going.” But others argue coal has an expiry date and that shouldn’t be the case for the landscape.

Not far from the Angus Place is the Maiyingu Marragu reserve, which is home to a number of culturally significant rock shelters and stencil-art that hold special meaning for Wiradjuri people.

Wiradjuri elder Aunty Sharon Riley is from the Lithgow based Mingaan Wiradjuri Aboriginal Corporation. She says the sites in Maiyingu Marragu are linked with other culturally significant sites in Angus Place.

“People have got to stop thinking about the dot on the map. It’s a cultural landscape,” she tells The Feed.

“The area that's proposed for Angus Place, it's actually enriched with cultural values. There's rock art sites in there and ocre sites and just the natural landscape, within the swamps in there, it's all material that really matters. It's a pretty important area.

“The thought of things getting ruined forever is absolutely heartbreaking.” 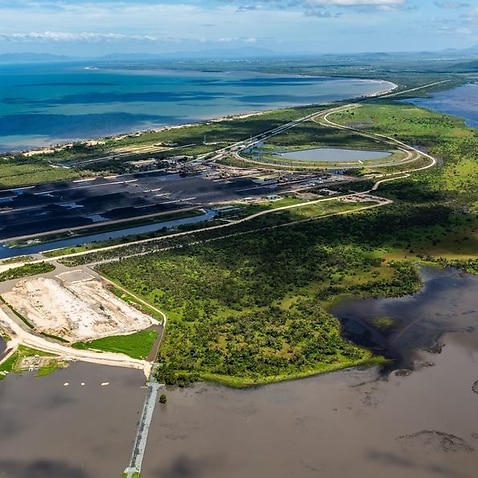 Ms Riley, however, recognises the need for employment in the region.

“I don't oppose mining altogether because it's an industry that creates jobs for people in this area and our area is quite lacking in jobs and trades.

“It'd be nice if they could consider different types of mining, like the old bord and pillar, which is less invasive to the surface.”

Mr Jonkers and Ms Flavell are also calling for Centennial Coal to consider adopting the bord and pillar method.

“The subsidence is a lot less with a bord and pillar mining. We're only talking about a couple of inches subsidence as opposed to metres and metres of subsidence,” says Mr Jonkers.

In a statement provided to The Feed, Centennial Coal stated “bord and pillar mining is not an option for this proposed project because it is uneconomic due to the depth of cover and geology.”

In its Amendment Report, the company says it’s taking a “conservative stance by assuming total loss” of the swamps within the project application area and is “thereby presenting the maximum potential ecosystem and species credit liability.”

“It’s another [way] of saying they expect to kill it and will pay the offset,” Mr Jonkers says.

“Once [swamps] dry up, they don't recover. They're gone forever. I just can't find that acceptable.”