A confidential source has leaked footage to The Feed, showing what they say is a dust causing the deadly lung disease, silicosis.

A confidential source has leaked footage to The Feed which they say shows toxic dust coming from the Peppertree limestone quarry, owned by building and construction material giant, Boral.

According to the source, the footage was filmed over a three year period from 2015 to 2018, and shows a blue grey dust coming out of a rock conveyor and white dust blowing from an uncovered truck.

The community says they have noticed dust in paddocks and on their roofs.

Boral did not respond to the claims put to them by The Feed.

The white dust is burnt lime, according to the source. Burnt lime can kill plants, corrode metals and cause laboured breathing, vomiting and even burns if inhaled. 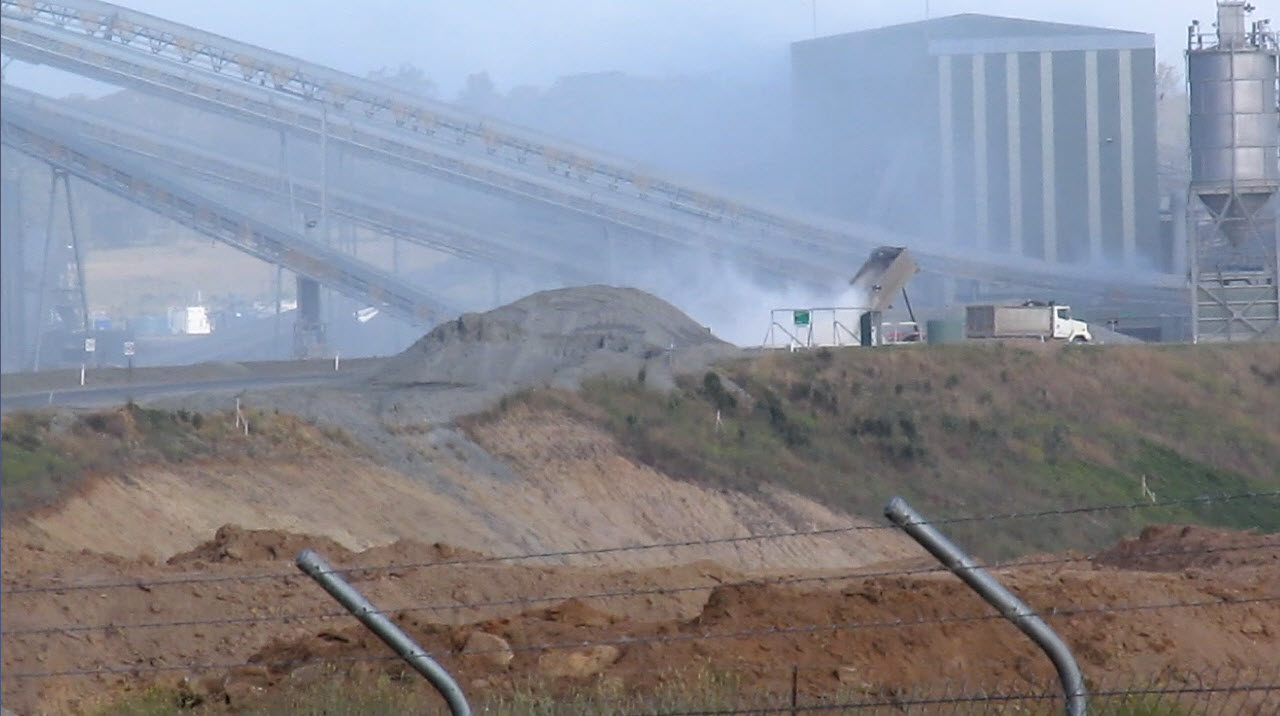 White dust blowing from an open truck which the confidential source says is burnt lime.
Supplied

The grey dust, according to the source, is crystalline silica. The dust creates a gray haze as it blows into the open air from Boral’s Peppertree Quarry.
Supplied. Blue dust coming from a rock conveyor which a confidential source says is crystalline silica.
The Feed

The source has had a rock sample from the Peppertree Quarry independently tested.

The Feed cannot confirm the rock sample came from the quarry, nor could we independently test it ourselves.

However, The Feed has seen the report which shows the tested sample contains quartz. When crushed, quartz can create breathable crystalline silica.

If inhaled for a prolonged period of time, crystalline silica can cause a deadly lung disease called silicosis.

Earlier this year, 33 year-old Gold Coast stonemason Anthony White died from silicosis after being exposed to crystalline silica at work. A Queensland Government audit of the manufacturing stone industry found nearly 100 of the state's workers had silicosis, with fifteen of those cases terminal.

It has sparked calls for tighter regulation of the engineered stone benchtop fabrication industry, including a review of the dust control measures.

Stricter regulation may also have implications for other industries which work with stone. According to Cancer Council, miners are one of the occupations most at risk of exposure to crystalline silica.

The community is concerned that crystalline silica is blowing into the open air from the quarry.

Last month, farmer Tony DeRosa, wrote to Boral about the dust. Mr DeRosa received photographs claiming Boral stopped daytime operations the following week and has since only been operating at night.

"Does this mean no dust during the day, and can't see the dust at night?" Mr DeRosa asks. The rock conveyor at Boral’s Peppertree Quarry is turned off during the day.
Supplied 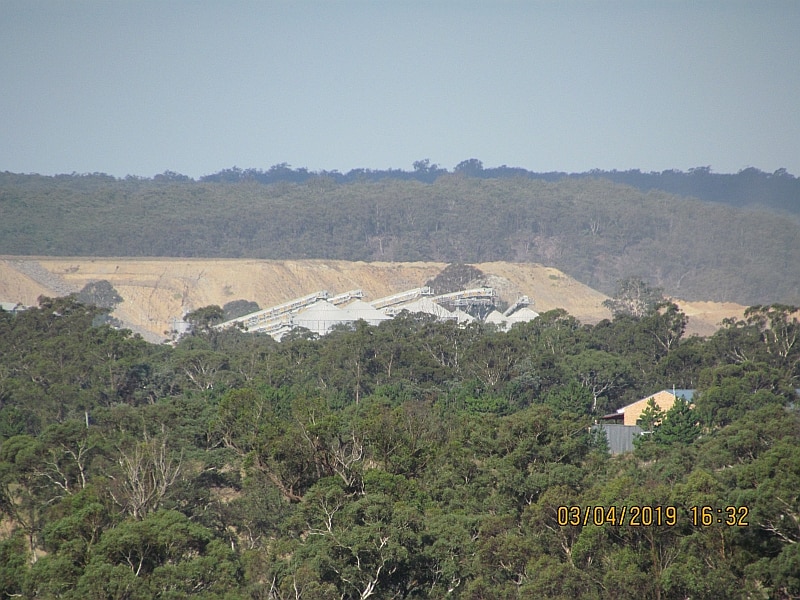 The rock conveyor is turned on at night.
Supplied

Boral did not answer The Feed's questions about the dust coming from their Peppertree Quarry.

The Feed showed the footage to the New South Wales environmental regulator, the EPA, but it wouldn't answer whether it will investigate the new claims.

In a statement it said:

"The EPA has not received any recent complaints in relation to dust impacts; the last was received by the EPA in January 2016. This complaint related to on-site dust and how it might impact on Boral staff, and was referred to Boral as an internal management matter."

But the confidential source says the community has been making verbal complaints to Boral.

This is not the first time Boral's Peppertree Quarry has been found polluting the community.

The site is part of South Marulan Limestone Quarry, the largest quarry in the southern hemisphere.

Boral's website says the quarry is "the most important within the organisation's entire resource and manufacturing portfolio."

Last year Boral applied to expand the limestone mine. The State Government has issued environmental requirements and community consultation has started.