Ethicist Tim Dean reckons companies should do what new research says is best for everyone - keep the payroll open for all to see.

It’s bullshit because they ask that question at the moment you’re most vulnerable. They know you want the job. You’re invested, they know it, so they exploit it.

Many people play it safe and pitch low, and, of course, employers love that. In fact, research shows that much of the gender pay gap starts with the initial salary negotiation, with women being less likely than men to haggle over money.

We often know more about our colleagues’ sex lives than we do about their pay cheques.

We have a strange taboo around pay transparency – we often know more about our colleagues’ sex lives than we do about their pay cheques. Revealing what we’re paid sets us up to either look like we’re bragging or diminishes our status in the eyes of our peers. So most of us keep our mouths shut and don’t ask others to open theirs. 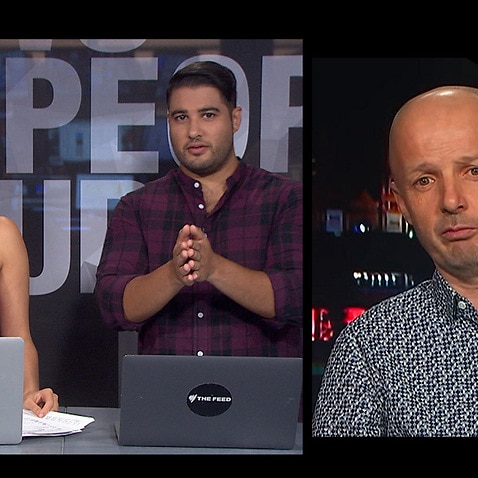 Do we need pay transparency in Australia?

But all that breaks down if everyone knows each others’ pay. Imagine if you were shown exactly what everyone else in the organisation you’re interviewing for was being paid. This can be illuminating information, as BBC workers found last year, when it was revealed the vast majority of its top earners - including on-screen talent - were men.

That said, pay transparency can also deal a hit to morale, particularly if it shows you’re earning less than others in the same role and you aren’t in a negotiating position. That’s probably why some bosses don’t like the idea.

Aggregation sites like Glassdoor can help you understand what's a fair salary.

Some organisations around the world have already opened up their salary books, such as up-and-coming tech companies Buffer and SumAll, both of which are fully transparent about what they pay. But the main resistance to pay transparency comes from businesses themselves.

So next time you’re in an interview and they ask you what your salary expectations are, you could ask what all your potential co-workers are paid and how that compares to industry standards. But it really shouldn’t be up to us individually to break the transparency ice. Instead, you can team up with your co-workers and let management know you want pay transparency, and remind them that it could benefit them too. There’s also nothing stopping you (in most countries) from posting your salary online through websites like Glassdoor.

The sooner we break the bullshit taboo of salary secrecy, the sooner we can ensure that everyone is paid fairly for the work they do rather than for their ability to negotiate in a job interview.

Dr Tim Dean is an Honorary Associate in the philosophy department at the University of Sydney.