News Corp and the ABC have been raided by the Australian Federal Police in the same week. Are these raids linked? Why now? What are the implications?

The Australian Federal Police have raided the ABC newsroom and the home of a Newscorp journalist in relation to investigations on key government agencies, or as the AFP put it: "The alleged publishing of information classified as an official secret".

Journalists and legal professionals have labelled the AFP operation "unprecedented" and "an attack on press freedom".

In summary, the AFP want anything that at any point may have been involved in this story. This is, in my view, a chilling development for the Australian public. This is not just about the media, this is about the public’s right to know.

Police first raided the home of News Corp journalist Annika Smethurst for the publication of a leaked plan to allow government spying on Australians. The following day they stormed the ABC in relation to a story on unlawful killings and misconduct by Australian defence in Afghanistan, based off hundreds of pages of leaked Defence documents. Why is it a big deal?

Journalists rely on sources for their stories, particularly if they are in the public interest.

Protecting sources (people who give journalists intel), particularly those who leak documents and information, is crucial to journalists. Knowing that whistle blowers will be protected, means whistleblowers are more likely to come to journalists with intel.

Journalists say if the AFP have the power to seize their data and documents, this could compromise the privacy of journalists and their sources.

What does the AFP say?

The AFP released a statement saying the NewsCorp and ABC raids were not linked.

In a statement, the agency said: “Both relate to separate allegations of publishing classified material, contrary to the provisions of the Crimes Act 1914, which is an extremely serious matter that has the potential to undermine Australia’s national security.” 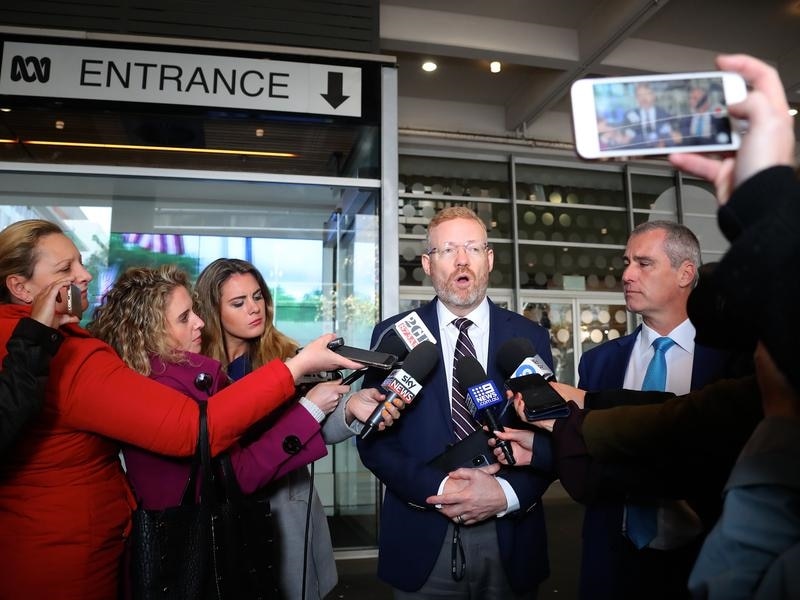 Is the prime minister involved?

Prime Minister Scott Morrison has insisted “no one is above the law.”

Addressing journalists in London, where he is commemorating the 75th anniversary of D-Day, Morrison said:  "These are matters that were being pursued by the AFP operationally, at complete arm's length from the Government, not with the knowledge of the Government, not at the instigation of government ministers.”

"These were matters that had been referred to the federal police sometime ago, last year, preceding even my time as coming to be Prime Minister."

Home Affairs Minister Peter Dutton, who is charged with the portfolio that manages the AFP,  said he had no involvement in the AFP investigations and his office was only informed after the two warrants were executed. What does the opposition say?

The federal Labor Party aren’t happy. Shadow Attorney-General and Shadow Minister for National Security Mark Dreyfus say the government has some explaining to do.

“It needs to explain how this threat to press freedom is warranted by either of these matters,” he said on ABC’s Radio National.

"I've never seen a warrant which authorises the destruction of material that's being seized. I do regard that as very unusual."

Shadow Home Affairs Minister Kristina Keneally said in a statement that the raids were “a very significant action” and that “media freedom is at the core of our democracy.”

Is this all above board?

Although Morrison and Dutton say that they had no knowledge of the search warrants, they were part of the government that orchestrated the new laws enabling the raids to occur.

In July, the government introduced a suite of tough counter-espionage laws to prevent foreign powers intervening in local elections and political decisions.

But these laws mean journalists could face criminal prosecution for possessing classified information - just like ABC journalists and NewsCorp journalists may have in their possession for public interest stories.

There is a legal defence for reporting in the “public interest,” but a defence is not the same as an exception. Journalists can still be charged, only to rely on the “journalism defence” in court.

It also means it is illegal for former or current Commonwealth officers to communicate information that has been obtained from their position and that is likely to cause harm to Australia’s interests. This offence carries a sentence of up to seven years. If that information is classified or the person held a security classification, they can face a sentence of up to 10 years imprisonment.

The 2015 metadata retention scheme requires that all metadata be retained for two years. To get around this, some journalists use end-to-end encryption when communicating sensitive information.

Senior law lecturer at the University of Queensland, Rebecca Ananian-Welsh, wrote that this has provided a means for government agencies to co-opt those in the telecommunications industry to assist agencies with their investigations.

“This could include covertly installing weaknesses and vulnerabilities in specific devices, circumventing passwords or allowing encrypted communications to be decrypted. A warrant would then be required to access the device and communication data,” she said.

“This could include covertly installing weaknesses and vulnerabilities in specific devices, circumventing passwords or allowing encrypted communications to be decrypted. A warrant would then be required to access the device and communication data.”