Less than a week after Prime Minister Scott Morrison was criticised for holidaying in Hawaii during the bushfire crisis, NSW Emergency Services Minister David Elliott has decided to proceed with a planned trip overseas.

In a statement, Mr Elliott said he considered cancelling his planned trip to the UK and France but ultimately decided to go ahead.

"Bushfire-affected communities and firefighters are always at the front of my mind during this difficult time in NSW," he said. 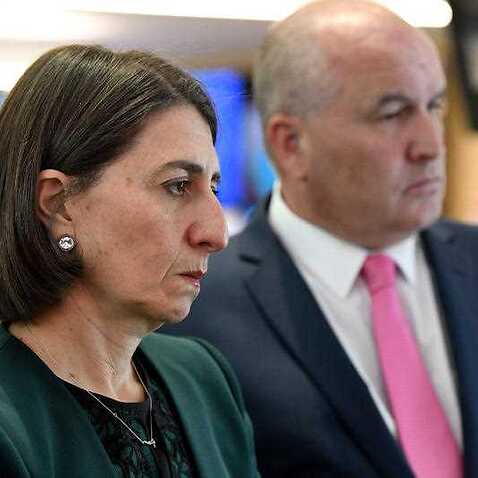 "I have toured over a dozen fire lines in the past six weeks, and together with the Premier and the Commonwealth, we have announced more than $88 million in recovery assistance to bushfire affected communities.

"I will continue to receive two briefings each day from the RFS Commissioner. If the bushfire situation should demand it, I will return home."

NSW Minister for Counter-Terrorism and Corrections Anthony Roberts will take over Mr Elliott's duties while he is overseas.

State minister for emergency services David Elliot is on holidays to France. 🙄 sure, we are all entitled to a holiday but this is poor form. Really poor form. Youre a public servant, your portfolio is emergecy...you are here to serve the public in an emergency🙄

Over the past month, David Elliott has been criticised for dismissing concerns about climate change raised by former fire chiefs.

Responding to a coalition of former emergency services leaders calling for the government to declare a climate emergency in the wake of the bushfires, Mr Elliott told the BBC "I don't think it's appropriate to use a natural disaster of this size for political gain".

Earlier this week, Mr Elliott rejected suggestions that volunteer firefighters should be paid, telling The Australian that "anyone who is arguing we have to pay them doesn't understand the ethos of the volunteer in this country".

The minister has also faced criticism this week over a comment made in a Facebook group for fathers in the Hills District, where his local electorate is located.

Mr Elliott maintains that his post, which contained the line "I will rip your head off and sh*t in the hole, I kid you not", was a "self-deprecating [sic] joke" made to a friend.

Firefighters in NSW are preparing for fire conditions to worsen again as a heatwave arrives over the coming days.

Almost 1,300 firefighters were in the field on Friday morning as 70 bush and grass blazes continued to burn, with 33 of them uncontained.

"The weather has been for once a little bit more in our favour but it's still going to be a potentially difficult day come next week once we start to see that bad fire danger set in," RFS Inspector Ben Shepherd told AAP on Thursday.