Liberal MP, Craig Kelly, has bonded with Pete Evans over being “bashed by the media” for sharing “misinformation”.

The 90-minute vodcast was uploaded following immense criticism of the federal member of Hughes for agreeing to be interviewed by the controversial chef. 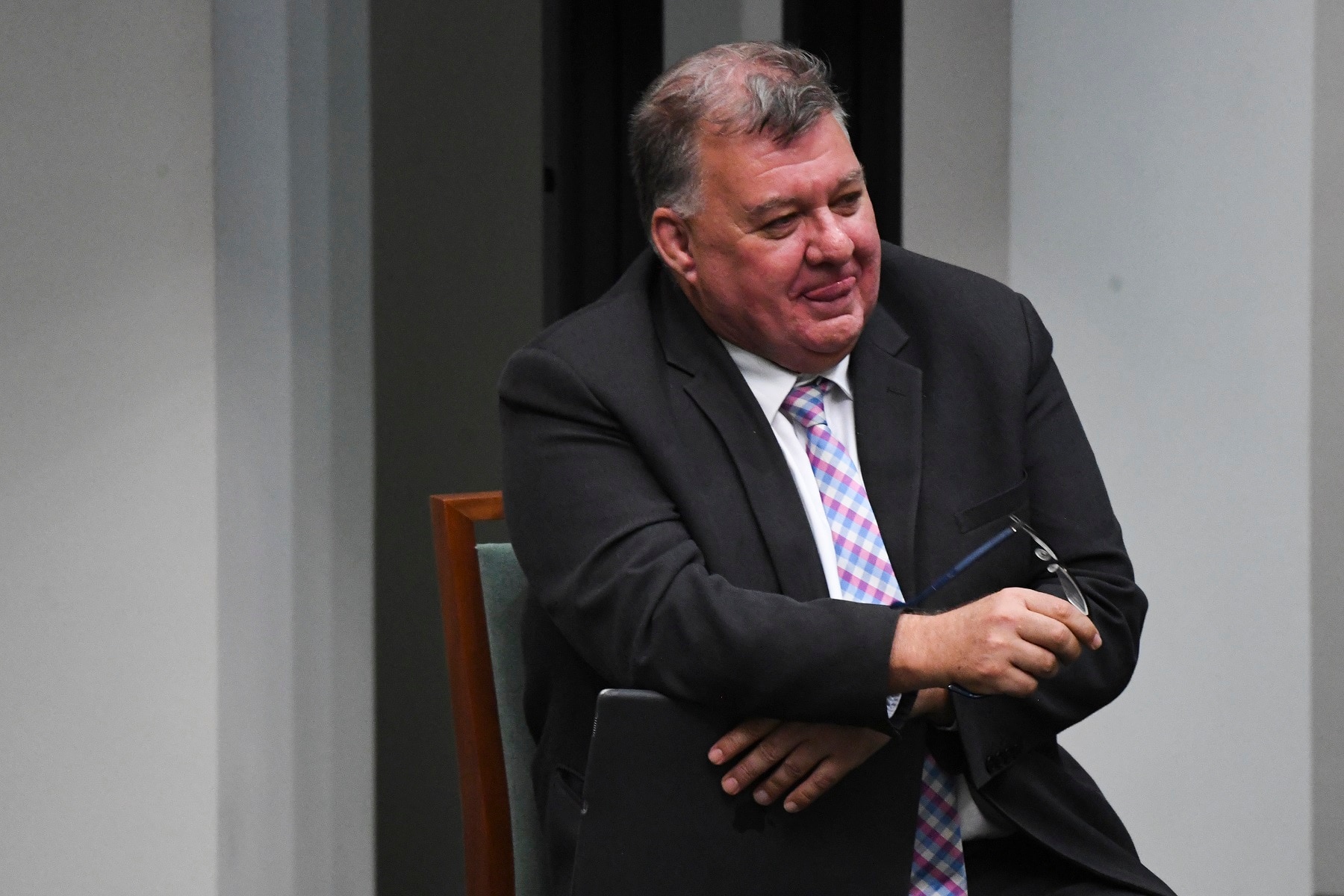 In the vodcast, the two discussed unproven treatments for COVID-19, such as hydroxychloroquine and ivermectin, and bonded over being “bashed by the media” and top health experts for sharing “misinformation”.

Mr Kelly claimed the media industry is the one “peddling misinformation and putting lives at risk” by “attacking” him over ivermectin, a drug commonly used for treating headlice.

“I 100 per cent agree with you,” Evans replied, before launching into a speech about being called out by the AMA and Dieticians Association of Australia for promoting a “dangerous” paleo approach.

“I have a sign on my door, ‘argue with me’, because I want my staff to work with me. I want you to tell me what I’ve got wrong,” he added. Neither hydroxychloroquine nor ivermectin have been approved as treatments for COVID-19 by the Therapeutic Goods Administration or National COVID-19 Taskforce.

The World Health Organisation also dropped clinical trials on hydroxychloroquine last July after finding it produced “little or no reduction in the mortality of hospitalised COVID-19 patients.”

Professor Andrew McLachlan is the Head of School and Dean of Pharmacy at the University of Sydney.

He said there’s an important difference between “possible or plausible treatments” compared to treatments that should be widely recommended for use in patients.

“Until we have high-quality evidence of the safety and efficacy of these drugs in COVID, which stage of the infection and illness and also what dose, they cannot be universally recommended as treatments,” he told The Feed. Those comments come as the federal government rolls out its $24 million advertising campaign that seeks to build community confidence in the COVID-19 vaccine.

Another bonding moment arose between the chef and MP when they discussed Victoria’s approach to battling COVID-19.

“Victoria went the hardest and I wonder what evidence they must have of compromised photos of the political leaders down there,” Evans joked.

“They said they based it on the science and the evidence, ‘well ok, can you show it to us? What is it? Put it on the table and show us what this evidence is?’,” Kelly replied. 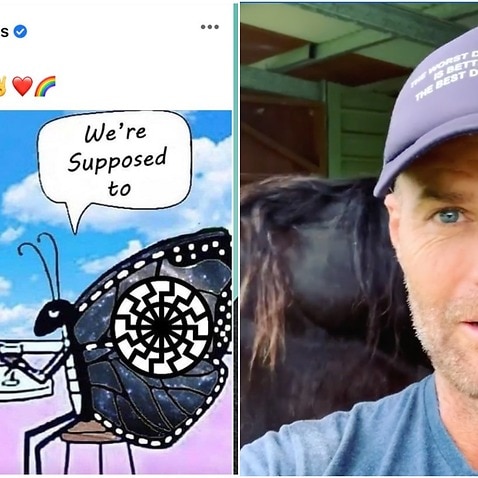 'I had to actually google what neo-Nazi meant': Pete Evans responds as more brands cut ties

Evans added that he lives in northern NSW where “no one believes in this fairytale anyway, this bullshit story.”

They later spoke about catching up for lunch in parliament, with Evans hinting at an upcoming stint in politics.

“It looks like I’m going to throw my hat in the ring and join the political movement,” Evans said.

“If we’re ever in parliament together, I’d love to share a meal with you,” he told Mr Kelly. As of early Wednesday morning, the vodcast was hidden behind a paywall. After careful consideration, The Feed paid to access the interview as we believe the involvement of an elected official and his discussion of the handling of the pandemic is in the public interest.

The video interview comes as Mr Kelly was reportedly “dressed down” by the PM after he clashed with Labor MP, Tanya Plibersek, in the corridors of Parliament on Wednesday.

For several months, Mr Morrison has refused to publicly condemn Craig Kelly for promoting unproven treatments that were rebuked by experts such as Chief Medical Officer Paul Kelly.

@CraigKellyMP statement on his meeting with the PM @ScottMorrisonMP today; pic.twitter.com/qau1STxoQN

Mr Kelly later released a statement confirming he’d had a meeting with the PM and said Mr Morrison had reinforced the “importance of ensuring public confidence in the vaccine strategy.”

“I agreed to support the Government’s vaccine rollout which has been endorsed by medical experts,” he added.

“I believe that the spread of misinformation can damage the success of our public health response during the pandemic.” After being pressed in Question Time, the PM made a statement to the Parliament this afternoon, saying “it is true that the views expressed by the member for Hughes do not align with my views, or the views and the advice that has been provided to me by the Chief Medical Officer.”

He told the Parliament, “I made it very clear what was the view of me as Prime Minister, and of course the views of the government. Vaccination is critical.” 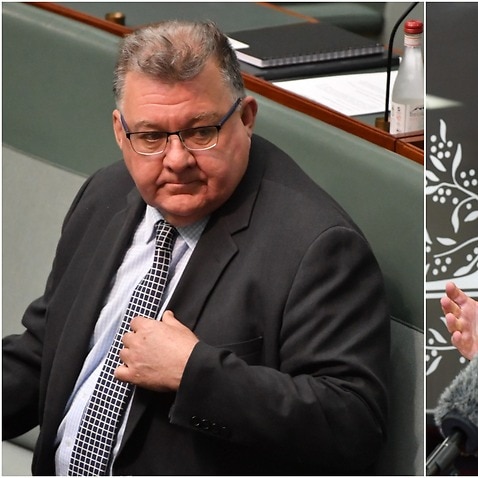 It comes as Facebook has added a banner to Mr Kelly’s page that reads “this Page posts about COVID-19. Visit the COVID-19 Info Centre for updates and answers to questions you may have about coronavirus.”

Despite his supposed political ambitions, Evans began the interview by asking Mr Kelly: “What is it that you do for your electorate if that’s the correct terminology?”

Evans followed up by asking: “So currently where are you sitting? You said you’re in Canberra, so explain your title,” before asking Mr Kelly to explain the role of the Senate. Sovereign people consider the government of Australia to be illegitimate and believe all laws passed by Parliament do not apply to them.

Mr Kelly hesitated before answering firmly “yes, we are” under Commonwealth law, contrary to the beliefs of sovereign people.

He also discussed the “sanctity” of the patient-doctor relationship and said he’s against the government banning the prescription of hydroxychloroquine and ivermectin for COVID-19.

“One of the great things about being a backbencher is that we have the freedom to disagree with the party,” Mr Kelly said.

“At times you can say it’s a game, but it’s really serious business, and it really affects people’s lives, especially when we get it wrong.”