Rabid bushfires have brought forward concerns over koalas not only losing their habitats but their lives.

A fierce early start to the bushfire season has triggered a blaze at the Lake Innes Nature Reserve that destroyed two-thirds of koalas’ habitat last month - leaving the rest under threat from one of 15 major bushfires in the southeastern state.

That’s a huge blow to a reserve that houses a total population of around 500 to 600 koalas, according to Koala Conservation Australia president Sue Ashton.

“We’re losing the battle to keep the population because we’re losing them at a much faster rate than they’re breeding,” she told The Feed.

Koalas are known for their slow breeding rates, with females only being able to, on average, produce one joey every 18 months.

Ms Ashton said the team at the Port Macquarie Koala Hospital were very busy tending to the animals saved from the fires.

“We are going to take as many koalas as we can because we’re so worried about the population,” she said.

“We think if we don’t take them and they’re out there at risk, we could lose all of them.” 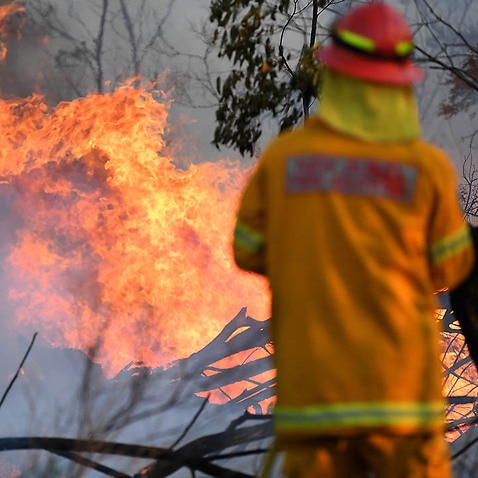 However, this number is expected to rise as bushfires continue to rage through NSW.

“Our concerns now are out west, we’re expecting that to be a tinderbox tomorrow and then down south at Dunbogan, where we know there are large koala populations,” Ms Ashton said.

Scientists say climate change has brought in warmer weather, leading to poorer conditions for koalas, which already face a narrowing of habitable lands due to deforestation.

“Devastating bushfires are going to knock out some of these key population centres, but so also will increasing temperatures,” Nature Conservation Council of New South Wales’ James Tremain said.

“Koalas are definitely in trouble in New South Wales, but if the declines continue at the same rate as the last 20 to 30 years, koalas could be extinct in the wild by mid-century.

To aid in the recovery effort, Ms Ashton is asking the public to donate to the hospital’s GoFundMe. The funds of which will go towards installing wildlife water stations throughout affected areas.

“At least then those animals will at least be able to get water, even if their food is scarce,” she said.

At the time of publishing, the Port Macquarie Koala Hospital’s GoFundMe had exceeded its goal of $25,000 for a fundraising total of more than $80,000.