Aboriginal teen, Ken Weldon Jr took to the streets over the weekend to protest at the Black Lives Matter rally in Sydney. He’s hoping to follow in the footsteps of his father, Kenny Sr, an activist during the Black Power Movement in Redfern.

Ken Weldon wasn’t born early enough to witness his father fight for Aboriginal rights, but he grew up with the stories. Today, he’s found his own passion for activism.

Despite attempts by Scott Morrison and the Chief Medical Officer Dr Brendan Murphy to deter protestors last weekend, on the basis of a possible spread of COVID-19, Ken marched on anyway for Black Lives Matter.

Ken was born on the Block, a name colloquially given to a block of flats opposite Redfern station in Sydney’s inner west. It’s a suburb with its own history of allegations of ions of police brutality and over-policing of Aboriginal Australians - the Australian Human Rights Commission report in 1990 found during the 1960s and 70s Aboriginal people in Redfern were disproportionately targeted by the NSW police.

If ‘Kenny’ Weldon, Ken’s father, was alive today, he’d tell you about a time in Redfern long before, when local police enforced curfews, when pubs were segregated and about a burgeoning Black Power Movement he was involved in, in the 1970s.

It’s a piece of history perhaps not many would know about now, but Justice Hal Wooten, former Dean of the Faculty of Law at UNSW, who helped put together the Aboriginal Legal Service, was shocked when he was told of what was happening in Redfern at the time.

He said at the time, “I found, as most people do, it [the curfew] a little hard to believe when I first heard it, but when I observed It operating with my own eyes, I was left with little doubt.”

“The simple position was that any Aboriginal who was on the streets of Redfern at a quarter past ten was simply put into the paddy wagon and taken to the station and charged with drunkenness, and that was something that was just literally applied to every Aboriginal walking along the street.”

If Ken’s dad was out past the curfew, “the cops would hassle Kenny.” Ken Jr’s mother told him, “They’d tap him on the shoulder and say ‘you’re coming with us’, and he’d say ‘why? I’m not drunk.’ They’d give him the option of being arrested for being drunk, or being under the influence of drugs.”

One day Kenny got sick of choosing. He began helping Lyall Munro, a Kamilaroi elder, to set up the Aboriginal Legal Service which aimed to create more affordable legal services for Aboriginal people. 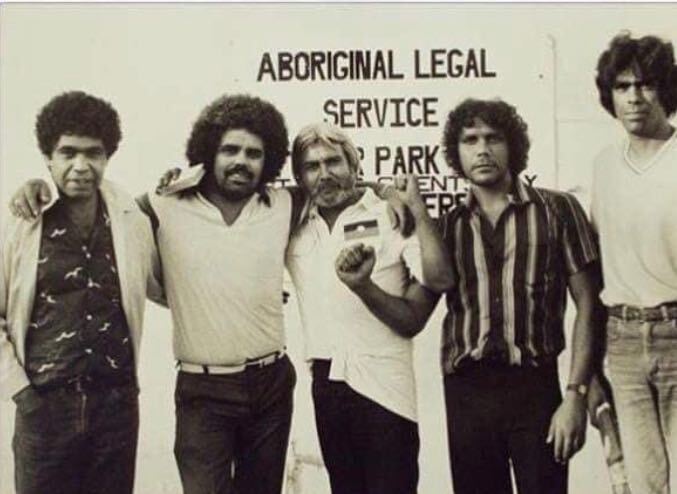 “He was a part of the ‘Neville Wran Five’, a group of us who were arrested for resisting police during a demonstration.” 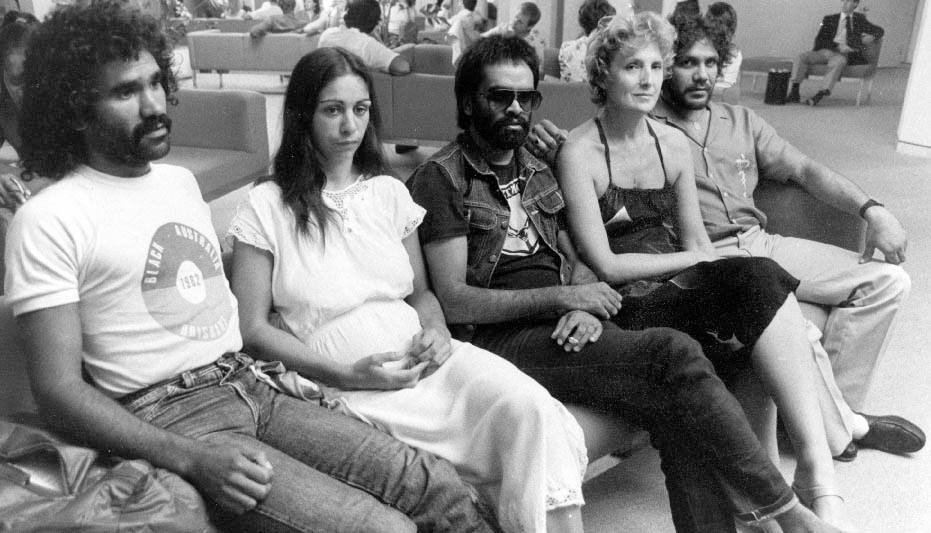 In 2010, Kenny passed away from a heart attack. But his legacy is living on through his son.

Ken Jr had never seen the photo, above, of his father before this week - he was unaware of the extent of his father's activism.

Ken is now in his final year of high school. His unique upbringing has exposed him to ideas and political discussions many teenagers wouldn't experience until they reached adulthood.

"A lot of injustices have happened to my people. Australian's forget that."

"It was heartbreaking." Ken said, 'it made me angry."

George Floyd's repeated cries, 'I can't breathe' were ignored by the officers arresting him.

"It reminded me of a video of a guy named David Dungay. And he was screaming the exact same thing. 'I can't breathe'."

While being restrained by five prison guards in Long Bay jail in 2015, David Dungay Jnr repeated 'I can't breathe' 12 times before he died. He was only 26. Dungay Jnr's family were issued an apology by Peter Severin, the NSW Corrections commissioner, who said the death was a product of "organisational failures."

The Dunghutti man is one of 437 Indigenous people who've died in custody since the 1991 Royal Commission into Aboriginal deaths in custody.

"They died begging for the same thing: some space to breath." Ken (jnr) said. "Australia sweeps black deaths under the rug."

Over 30,000 people turned up to Sydney Town Hall for the protest last Saturday. Capital cities around the country also held rallies in solidarity with the US movement. Ken Weldon Jr donning his areas postcode of 2017.
The Feed

On social media, many shared black squares in solidarity, hashtagging Black Lives Matter. Ken chose not to. "I don't see how it can help." he said. "It's not like it's showing everyone what's going on" 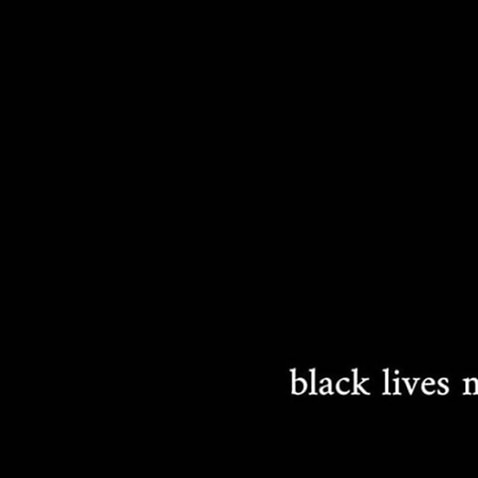 Instead, Ken went along with a group of friends from his area. They designed masks especially for the occasion. Each mask had their postcode inscribed on it in order to represent their area and as a safety precaution during the pandemic. Ken Weldon Jr with his friends from the Block before the Black Lives Matter protest.
The Feed

In the final moments of the protests, as the crowds dispersed and Ken was able to have some time to reflect, he thought of his father, the 'staunch' activist.

"Just extremely proud. I'm proud that I can now say that our generation will not take any like shit and stand up together. Just like my father's generation did," Ken said.