136 emails, an “outrageous allegation”, and Penny Wong throwing shade in Senate Estimates: here’s the latest on the ‘sports rorts’ scandal.

For more than a month, the so-called "sports rorts" scandal has dominated the conversation in Parliament.

It certainly dominated the conversation in one Senate Estimates hearing today, which saw Labor's Senator Penny Wong grill the government on a range of issues related to the sports grant program.

The heated discussion saw Wong accuse the government of covering up corruption, allege that Scott Morrison is "up to his neck in it", and refer to the Prime Minister as a "very naughty boy".

If you haven't been following the saga from the beginning, however, it can be a bit tricky to follow what, exactly, is going on with these grants. Let's take a moment to remember how this all started, and why it's not over yet.

What is this ‘sports rorts’ scandal, and how did it start?

In 2018, the government introduced the Community Sport Infrastructure Grant Program, which allows sporting clubs around the country to apply for government grants of up to $500,000 to improve local community sporting facilities.

So far, so good. But in February 2019, red flags were raised when a photograph emerged of the Liberal candidate for the seat of Mayo, Georgina Downer, presenting a giant novelty cheque with her face emblazoned on it to a local bowling club. This was particularly odd given that Downer was just a candidate, not actually the area’s elected MP at the time.

The Labor Party called for an investigation, and on January 15 the Australian National Audit Office (ANAO) released a scathing report revealing that the then-Minister for Sport, Bridget McKenzie, ignored Sport Australia’s assessment of which applications had the most merit.

Instead, McKenzie’s office conducted its own assessment of the applications, which included consideration of whether the sporting club was located in an electorate the Coalition held by a small margin, or was hoping to win at the 2019 election.

If Sport Australia’s assessment process had been followed, applications would have needed a score of at least 74/100 in order to receive funding. More than 60 percent of the applications McKenzie approved fell below that cutoff, and the auditor’s report found that many of these grants favoured applications in ‘marginal’ and ‘targeted’ electorates.

Since then, we’ve found out even more: more than $1 million in grants went to sporting clubs where senior Coalition MPs held memberships, and Bridget McKenzie ultimately resigned after it emerged that she had failed to declare her own membership of a gun club which received funding. 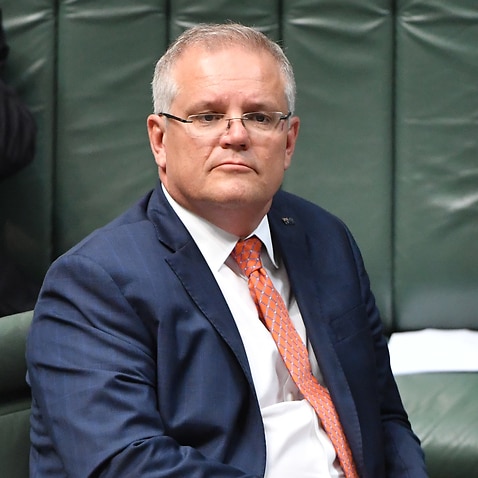 What’s up with the Gaetjens report?

Naturally, the Opposition wasn’t stoked about the suggestion that the government could be using taxpayer funds to help its election chances.

The government, however, has largely denied that this is the case. In response to the ANAO report, Prime Minister Scott Morrison directed Department of Prime Minister and Cabinet secretary Philip Gaetjens to prepare a report of his own.

That report has not been made public, but Scott Morrison has said that Gaetjens disagreed with the ANAO report, and found “no basis for this suggestion that political considerations were the primary determining factor” in awarding the grants.

A lot of people would now like to see the Gaetjens report and find out how he came to that conclusion. Gaetjens will appear before a Senate inquiry into the scandal on March 16, so watch this space.

If there is nothing untoward in the 136 emails flying back and forth between the PMO & sports minister then release them. They won’t. If the Gaetjens review excuses all parties, release it. They won’t. The sports rorts saga shouldn’t go away without answers and actions. #auspol https://t.co/yYFkM2kaiQ

The story doesn’t end there: what’s the deal with the 136 emails?

That’s largely because it emerged last Wednesday that there were 136 emails about the sports grants program sent between the Prime Minister’s office and Bridget McKenzie’s office between October 17 2018 and April 11 2019, raising questions about whether the Prime Minister played a role in deciding which applications received funding.

Scott Morrison denies that this was the case, saying that his office simply “passed on information about other funding options or programs relevant to project proposals and we provided information based on the representations made to us”.

In the Senate Estimates hearing today, Wong demanded copies of the emails, and questioned why so many emails were necessary to simply pass on information.

“136 emails between Mr. Morrison’s office and Senator McKenzie’s office about this, spreadsheet versions provided to him, but somehow, magically, Mr. Gaetjens doesn’t find that he’s got anything to do with it,” Wong said.

“No one looking at this can come to any conclusion other than Mr. Morrison is up to his neck in this.”

.@MathiasCormann "The Prime Minister could walk on water and you'd say 'why can't he swim'?" 🏊‍♂️@SenatorWong "He doesn't walk on water, in fact he's been a very naughty boy." ✝️@SBSNews #auspol pic.twitter.com/nZY70CLdWk

Liberal finance minister Mathias Cormann disagreed, telling Wong “that is your political assertion which we reject. Everything that’s been publicly released is entirely consistent with the Prime Minister’s explanation of his involvement, and the involvement of his office, in this program.”

“That is just a lie,” Wong responded. “136 emails is not providing information, it’s running the program.”

That revelation led Senator Wong to suggest that the government kept the investigation “deliberately narrow, so as to protect the Prime Minister and his office”.

Cormann and Morrison have both rejected that assertion.

Is that everything? Not quite.

There is still more to the ‘sports rorts’ scandal. In addition to the questions raised about Morrison’s involvement and the Gaetjens report, there remain questions about Bridget McKenzie’s actions.

For one, while McKenzie’s official approval of funding for the grants is dated April 4 2019, she also wrote to Scott Morrison on April 10 with a list of the project she “intended” to fund. Sport Australia only received the list of approved projects, dated April 4, on April 11.

Why does this matter? Well, on April 11 2019, at 8:30am, the government entered caretaker mode in the lead-up to the federal election, a period during which it is meant to refrain from implementing major decisions.

If McKenzie made the final approval on April 11, that would have fallen within said caretaker period. During Senate Estimates today, Wong noted the discrepancy in dates, and accused McKenzie of deliberately backdating the decision to April 4, but Cormann said he had checked with McKenzie and confirmed this was not the case.

There are also questions about whether McKenzie even had the legal authority to award the grants in the first place, but that’s a whole other kettle of fish.