The frontrunner in Sri Lanka's presidential race this weekend is a man accused of widespread human rights abuses against the Tamils. Here, Tamils living in limbo in Australia tell SBS News they fear they could be returned to a situation even more dangerous than the one they fled.

They came here seeking peace and found it on the cricket pitch.

Western Sydney team Oceans 12 is made up entirely of Sri Lankan Tamil asylum seekers and refugees.

"We left a war-torn country with a lot of mental anguish. That is why we started to play cricket, and that gives us some peace of mind," says Sivarasa Manmatharajh, 35, who came to Australia by boat in 2013. The Oceans 12 cricket team is made up entirely of Sri Lankan Tamil asylum seekers and refugees.
SBS

"Somebody tried to kill me that's why I left Sri Lanka, that's why I came here. When I play cricket I feel like my pain is relieved, my stress [is] relieved," he says.

Most of the men are living in Australia on bridging visas so their future here is not guaranteed. Now, they fear they could be sent back to a situation even more dangerous than the one they fled. The Rajapaksas, one of Sri Lanka's most powerful political families, could return to power after the country elects a new president this weekend.

"When I think of them, I think about my brothers [other members of the Tamil community] who were tortured and killed," Kartheepan Ratnavadivel, 26, says.

A Tamil family of four who have been living in Australia since 2012 and 2013 have been making headlines since last year after the Australian government ruled they should return to Sri Lanka. Priya and Nadesalingam and their two children Kopika, four, and Tharnicaa, two, who were both born in Australia, settled in the Queensland town of Biloela.

They have been fighting deportation since March 2018 when they were placed in a Melbourne detention centre and are currently in immigration detention on Christmas Island.

Who is frontrunner Gotabaya Rajapaksa?

Mahinda Rajapaksa was Sri Lanka's president for a decade from 2005 and oversaw the end of Sri Lanka's 26-year civil war in 2009. During his reign, political opponents, journalists and activists were harassed, abducted and in some cases, murdered.

At the time, his younger brother, Gotabaya Rajapaksa served as defence chief. He is accused of leading the final military offensive against the Tamil Tiger rebels. The onslaught, according to UN estimates, killed up to 40,000 mostly Tamil civilians. It describes the offensive as ‘grave assault on the entire regime of international law.’

The 70-year-old, a frontrunner in the election, could now become the country's next president. Sri Lanka's former defence secretary Gotabaya Rajapaksa is one of the front-runners in the country's Presidential election.
AP
Michael Breen from the University of Melbourne's School of Social and Political Sciences says if Gotabaya Rajapaksa wins, the situation for Tamils in Sri Lanka could deteriorate even further.

"Subsequent to the war, he also cracked down and increased securitisation of the state, military occupations in the north and east of the state, abductions, torture and arbitrary detentions," he says.

"It is possible these kind of activities will continue, should he win the next election." "A lot of people were killed in 2008 and 2009. If the same government returns, there will be a lot of hardship. I'm really worried about people who are already there and people who are going to be returned," he says. 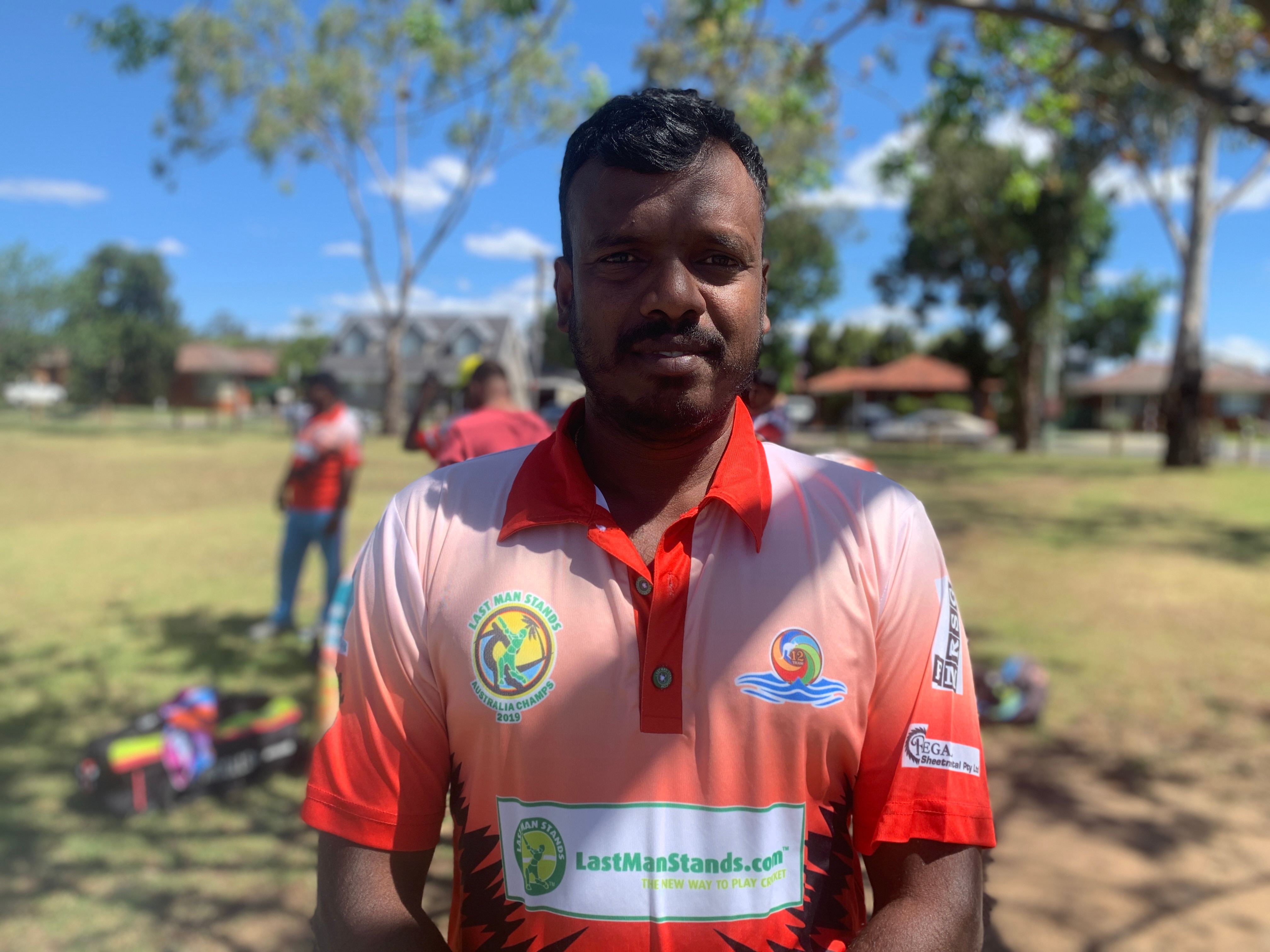 He, along with other teammates, have had their asylum cases rejected by the Australian government. And while they're in the process of appealing, the prospect of imminent deportation is never far from their minds. They say their fear is compounded by the possible election of Gotabaya Rajapaksa.

"If he becomes president I can't live in Sri Lanka, my life ... if I'm here, only I am safe. Otherwise, if I go back to Sri Lanka I don't know what will happen next," Anustiyan Sivapalan says. Emotionally, the men are struggling - both with the idea of being returned to a Sri Lanka that is even more precarious for Tamils, but also with the trauma of their past.

"Sometimes when I hear an ambulance go past or a helicopter fly over, I have palpitations. It rekindles old memories," his teammate Dinesh Kumara, 40, adds.

Not all Sri Lankans are fearful of the return of the Rajapaksas.

In a country still reeling from the Easter bombings, which killed more than 250 people, he's also promising to ramp up national security. Six months on from the deadly Sri Lanka bombings, this Australian survivor is giving back

"Rajapaksa is prioritising security and Sri Lanka already was a security-conscious state, and even more so since the recent terrorist bombings," Mr Breen said.

"[He] has painted himself as the only candidate who can assure national security."

But his victory is by no means guaranteed. He faces a tough opponent in Sajith Premadasa, the country's 52-year-old housing minister. Whatever happens, it's a race being watched closely by Australia's Sri Lankan community.

"It is my mother country, I'd like to see what is happening," Sinhalese-Australian Ushantha Jayawardena says.

He did not wish to share which candidate he hopes will win but said a key issue is the struggling tourism industry.

"We had a very bad time soon after the bomb because our tourism went down, and I was there in Sri Lanka soon after that and I saw how the hotels are suffering."

Sri Lankan culture was on show at a festival in Canberra this month, which the Sri Lankan High Commissioner to Australia J.C Weliamuna says was partly aimed at reviving tourism.

"The intention of the festival is to integrate Sri Lankan food and culture in multicultural society here ... we also want to invite Australians to travel to Sri Lanka." And while the high commissioner refused to comment on the election, some Sinhalese Australians, including Willie Senanayake say they can sympathise with the Tamil community's concerns.

"After the end of the war, the Tamil people had very high expectations, and they haven't received anything to fulfil their expectations.

He says he'd like to see a "political alternative" assume power, but he is doubtful that will happen.

"The two major parties, they are running the country and there hasn't been any progress, [and] very high level of corruption, very little development and so we need a political alternative and political change."

Sri Lankans go to the polls on Saturday, 16 November.